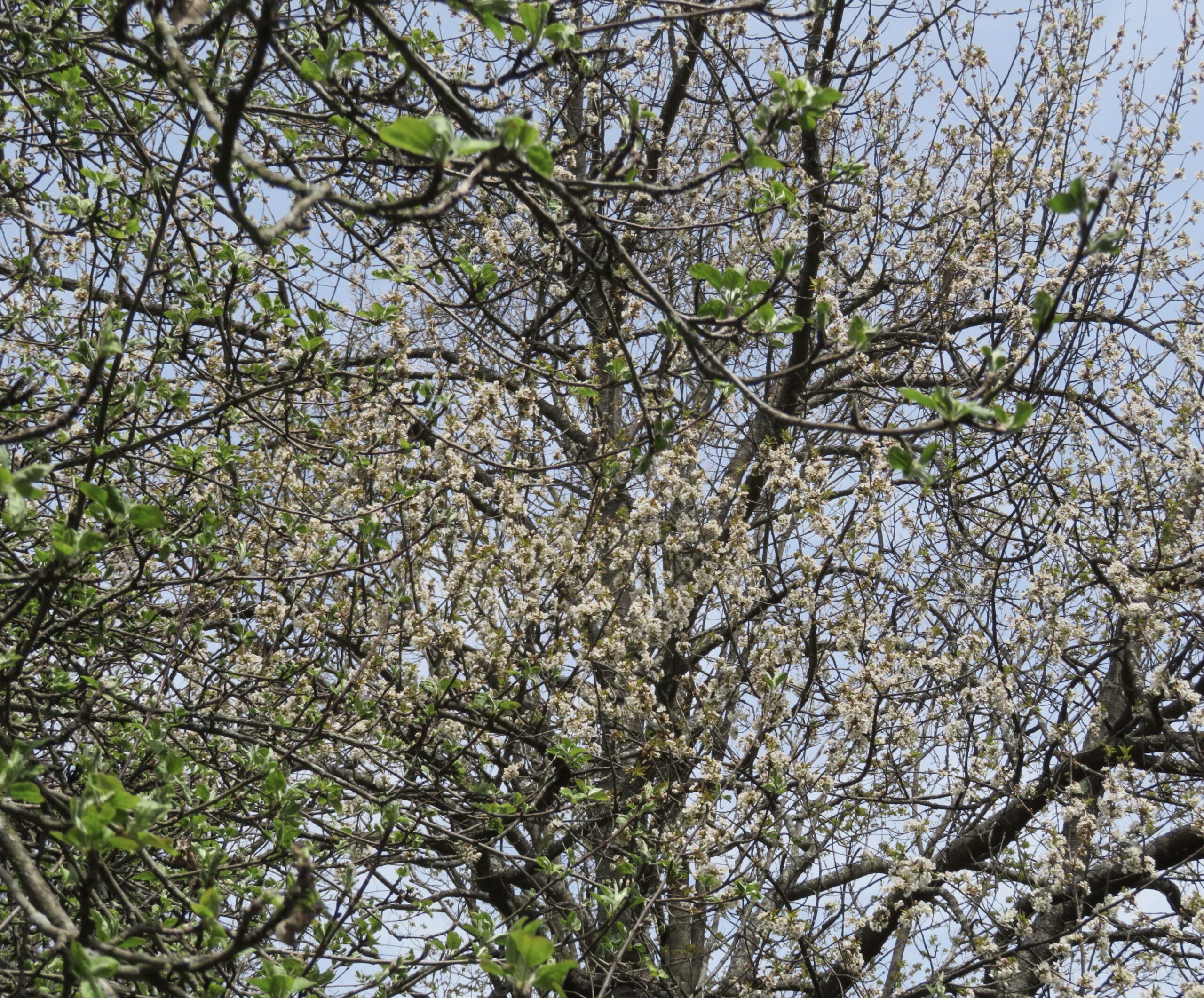 William Butler Yeats wrote over a century ago, in the wake of the First World War,

Turning and turning in the widening gyre

The falcon cannot hear the falconer;

We easily feel this today. One minute, I look outside my house and see an apple tree greening with spring and hear a raven’s raucous call. The next a car horn. Then, faintly, an NPR report of a bombed Mariupol, and of a GOP Congresswoman repeating Russian disinformation.

Which way does my mind turn? Do I relax into the calm beauty the tree and natural universe provides in this moment? Or do I get ready to battle those aiming to rip the constitutional rights and protections from my limbs and claim them all for themselves? Or who threaten to deny us the very air we need to breathe because we are not able or willing to pay their price?

How do we know what future will be revealed? We don’t. But we know the price we’ll pay for doing nothing is unpayable.

We all want an enjoyable life. One that satisfies. Maybe one with meaning. That makes the world a little better. But when the natural world itself or the sustainability of the climate is threatened⎼ and the human world is degrading so fast it’s impossible to have any idea what will happen tomorrow or if anything caring, humane, and democratic will be left for us⎼ how do we not burn out or give up? How do we live day to day without degenerating into a blubbering mass, knowing we must act but not knowing what it is we can do?

David Loy, Buddhist philosopher, eco-activist and author gave a talk on Friday, April 29th. He spoke about a fellow Buddhist, from Boulder, CO, Wynn Bruce, who had immolated himself on the Supreme Court steps on Earth Day, one week earlier. Wynn’s father said he did it out of concern for our world and the lack of determined action by our political system to save it.

Loy quoted philosopher Noam Chomsky saying, “the world is at the most dangerous moment in human history.” How do we face this? Wynn Bruce acted. But his act was so painful and terrifying. Not the most skillful of actions to take, said Loy. But Wynn’s concern, his fear is in all of us who look and see the climate emergency that is occurring.

Loy went on to share author, eco-activist Joanna Macy’s piece on the Tibetan legend of a Shambhala Warrior. “There comes a time,” she recounts, “when all lives on earth are in danger.” Barbarian powers use unfathomable technologies to lay waste the world. To remove these weapons, the warriors must show great moral and physical courage, and go forth to the very heart of barbarian power. (Putin? The GOP who plotted Jan 6?)

But since the weapons are made by mind, the way to fight them involves mind. Our strongest weapons, she says, are compassion and insight, heart, and knowledge.

It seems right now that we can’t look, and we can’t look away. But maybe we’ve got it wrong. Maybe we’re asking the wrong questions….

**To read the whole article, go to The Good Men Project. 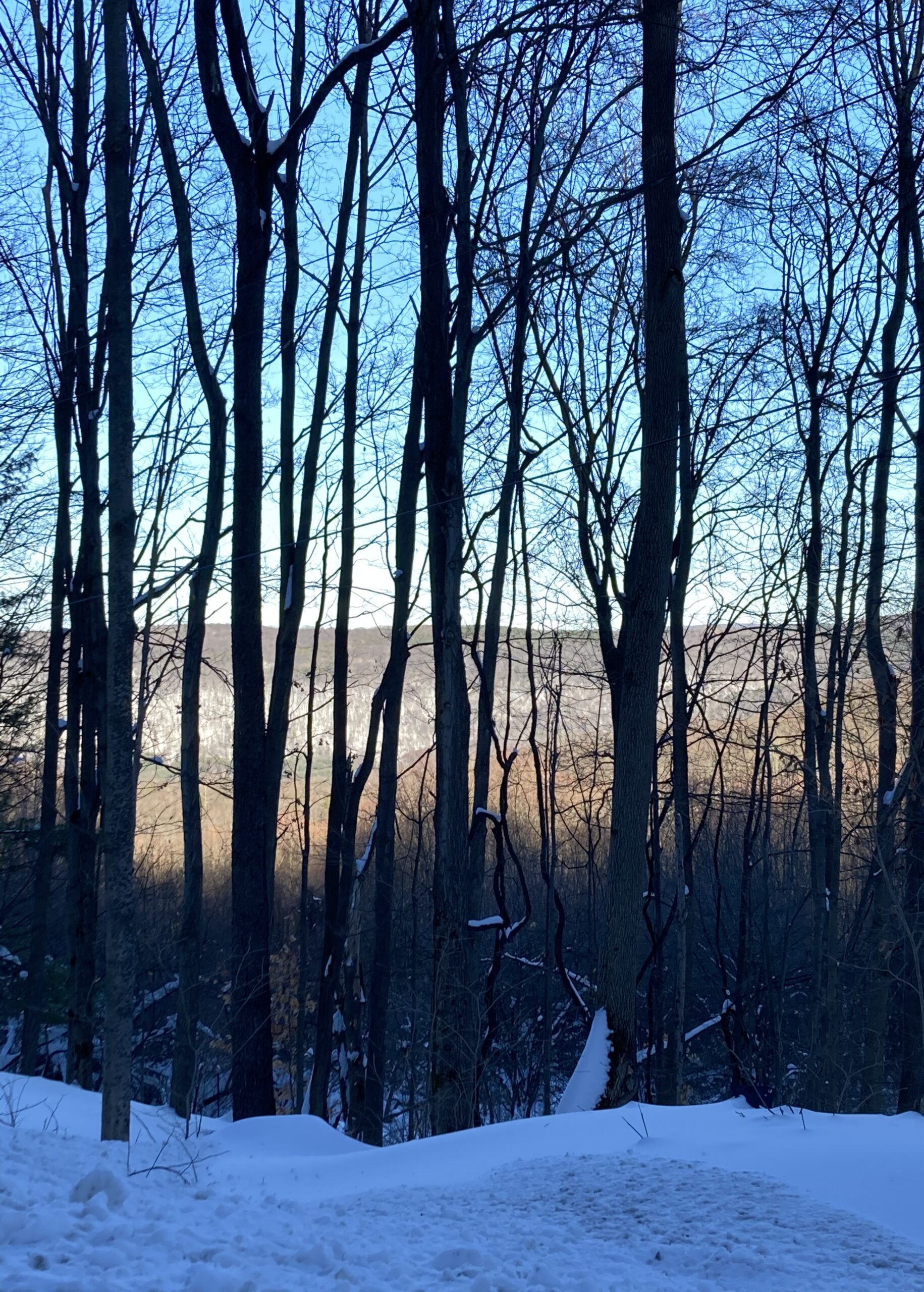 I want to celebrate. It is the solstice, and so many holidays are here, Chanukah, Kwanzaa, Christmas, New Years. But the days have been getting so dark lately, not just in terms of being the darkest time of the year, but emotionally. It’s also cold today. And the numbers of those sick from COVID is frightening. Two friends of mine are suffering now from the illness and must quarantine. No holidays with friends and family this year.

It can seem like we are all in quarantine, at least emotionally. When some of us are in quarantine, a part of all of us is in hiding, from the news and crazy weather if not from the pandemic.

In the four years that DJT was unfortunately in office, he fostered fear and oppression, hate and violence. He did this it seems in an effort to shock us so frequently or create enough chaos we would surrender and allow him to crown himself King or anoint himself absolute ruler just to turn off the fear. This is why the GOP have been working feverishly to strip away  our voting rights and protections. But to allow him to seize power would only make the threat inconceivably worse.

And even though, thankfully, we now have a caring and rational President in Joe Biden, this might seem to many like just a pause, a calm before the storm. It might seem like the efforts of those who would rip our rights and lives from us are succeeding.

And the state of the earth itself is adding to this darkness, not only with normal seasonal changes but with abnormal roars of dismay and anger over our abuse of the planet. Historic windstorms and tornadoes last week followed record droughts and fires in the summer and fall, shaking us to realize what happens when the earth warms too precipitously.

What is there to celebrate?

My wife and 2 of our 3 cats are sitting near to me. We create a place of safety, a haven or home for each other. Outside, the green grass is lightly coated with white. The tufted titmice, blue jays, and chickadees are energetically diving down to get the food we left for them and carry it off to eat.

The winter solstice clearly signals both an end, and a beginning, but of what, besides a date on a calendar? Our ancestors, the earliest humans, might have met the dark unsure if the light would ever come again. They might have felt they were returning to the birth of the universe or of life itself, when the world was born from the womb of matter or chaos. They might have wondered what they had done to create the dark. But if creation could triumph over destruction, then maybe light would return; maybe they would not only survive but thrive.

The universe itself can thus remind us of what is possible. The movement and tilt of the earth as it rotates around the sun brings seasons, night, and day. Likewise, we can help bring a new season of light to the human world….Protecting Voting Rights

**To read the whole piece, please click on this link to The Good Men Project. 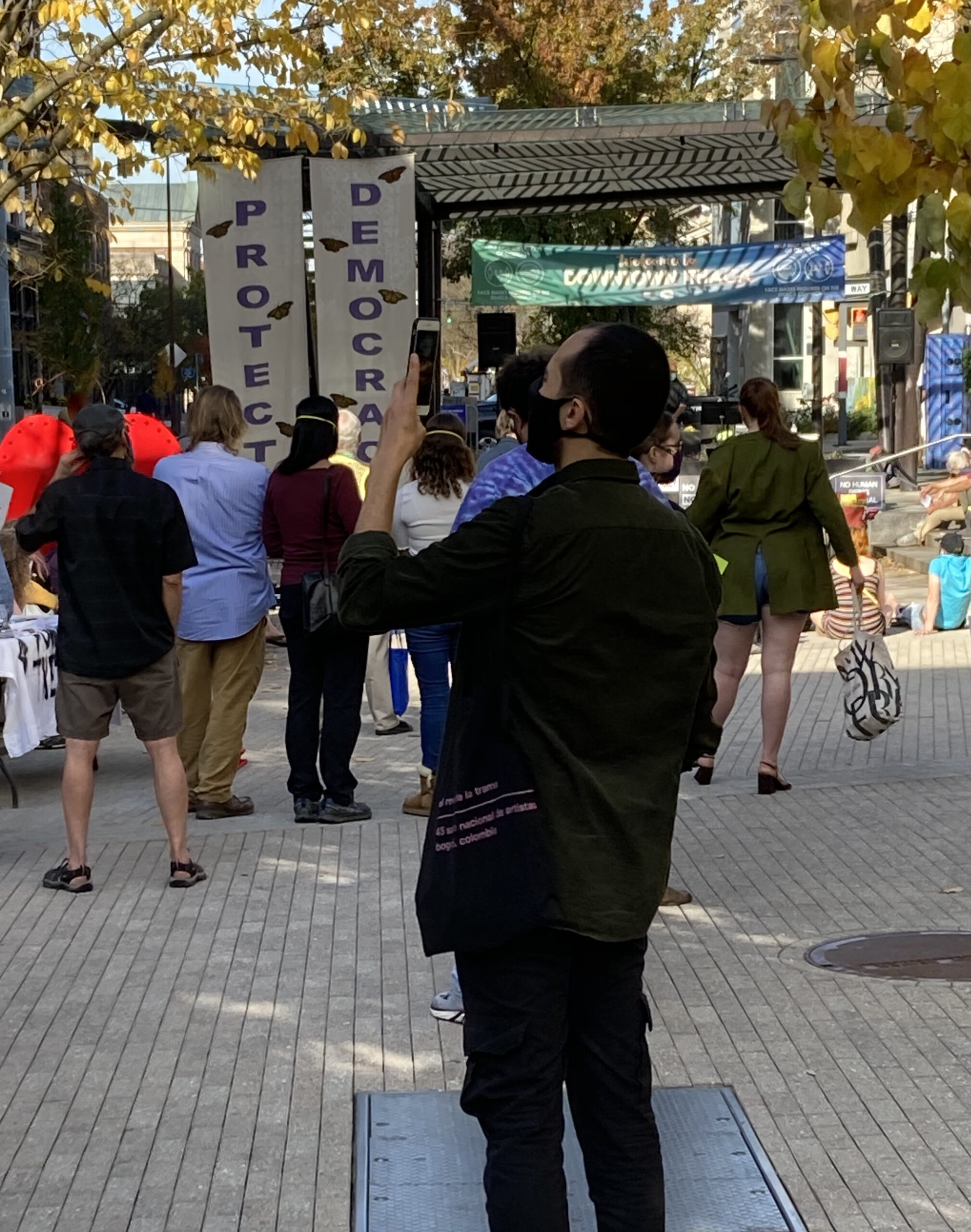 Dan Rather said on 9/10: “It’s almost as if some politicians have decided it’s in their political self-interest for the pandemic to continue to rage.” Almost?

On 9/9, Greg Sargent wrote an opinion piece in the Washington Post titled: “How the GOP will exploit Covid to win power and what Democrats can do about it.” I was going to write an article such as this but Sargent saved me the trouble. If you can, please read it. He went on to say, “Here’s a midterm message for you: Judging by the GOP’s continuing slide into extremist and destructive behavior in the face of a surging covid-19, electing more Republicans to positions of responsibility right now would likely mean more economic malaise, sickness, misery and death.” And Democrats are possibly, finally ready to call the GOP strategy what it is.

The GOP strategy for “winning” the next election must have become clear to many of us months ago. Going back about 18 months, to shortly after we realized the seriousness of COVID-19 and the nation had shut down, it became clear that DT and the GOP were more invested in saving their political power than saving our lives. They  downplayed or outright lied about the virus, lied about cures, sacrificed workers, children, seniors and people of color to get them back to work and back to schools even when the conditions were unsafe.

DT’s main strategy while he was unfortunately in office was shock doctrine material⎼ create enough fear, confusion, and violence, make conditions so bad that people will accept what the wannabee dictator wants. The GOP traumatized the nation for their own political purposes.

And now, they are adapting the same strategy. GOP governors, like Ron DeSantis in Florida, are still lying about masks, trying to outlaw mask mandates in schools and cities in their state. He has pushed false cures and undermined the national effort to get people vaccinated, despite being vaccinated himself, by understating the reality of COVID cases in Florida.

For most of the summer, Florida led the nation in COVID cases, especially in children. In fact, during that time Florida had one fifth of all the COVID cases in the U. S. Basically, it seems DeSantis has been creating obstacles to healthy practices. As Dan Rather asked, is he doing this so people get sick? Seems so to me.  And then he attacks President Biden for not living up to his promise to put an end to the ravages of the pandemic.

In fact, the GOP fight against almost any attempts by Democrats to make the situation in this country better, including fighting COVID relief, or legislation most Americans want and that all would benefit from ⎼ or especially when those measures are most popular.

Their actions are de-stabilizing the nation and creating chaos and fear. If we hadn’t already gone through four years of DT, no one would believe, I wouldn’t have believed, they were doing this to get people to think that not only Democrats can’t help them, but democracy itself can’t work.

And since the January 6th attack on our nation and the lies about it, and years of them doing more to take away voting rights than facilitate voting, to undermine the voice of the people instead of promoting it, to not just suppress the vote but control how the vote is counted (or if), ending democracy seems exactly what the GOP are invested in.

So, I recommend we all take care of ourselves, yet also read Greg Sargent’s opinion piece, stay engaged, directly name the GOP strategy for what it is, and do whatever we can, no matter how little, to counter the disinformation and attempts to destroy what’s left of democracy in this nation — and get people fired up to vote when the midterm elections come around.

There are many historical periods and events that we should never forget. DT’s ineptitude and the way he and his GOP enablers malignantly sacrificed millions to the coronavirus and threatened the very existence of a democratic government, all in a desperate attempt to seize absolute power, is surely right up there on that list.