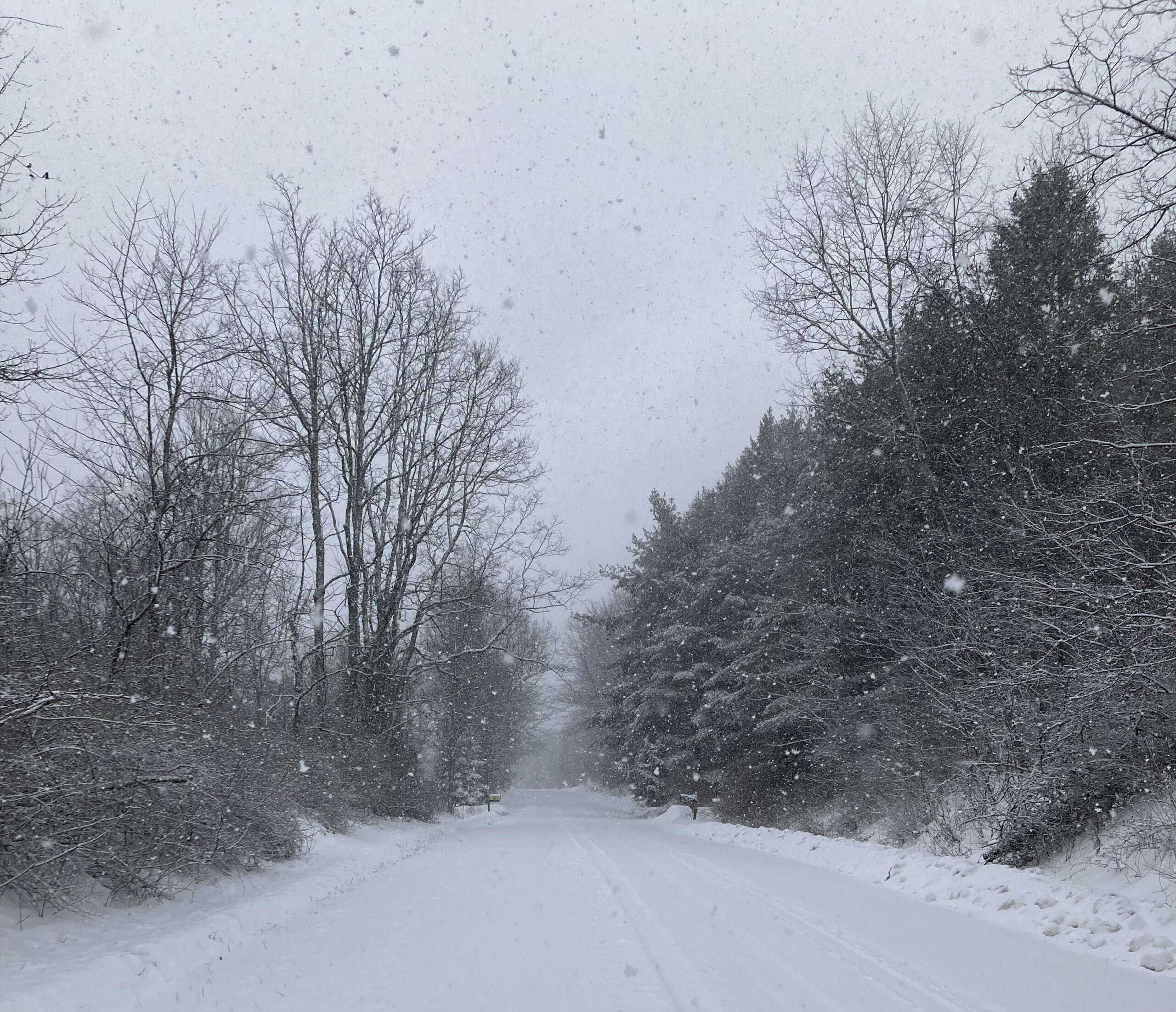 After several days of dangerous weather throughout the nation causing too much death and disruption, a “cyclone bomb” in many places, going from rain to ice to blizzards, with extreme windchills ⎼ temperatures changing where I live in a matter of hours from 45 degrees Fahrenheit to zero or below ⎼ today is cold but the snow is falling lazily, individual flakes dropping from a still, gray sky.

Inside myself, there’s a stillness in the center of a storm. A feeling that my life is changing too quickly, that I’m aging too quickly. Despite being 75, until recently I had felt internally maybe 35 or 40. Still exercised an hour and a half to two hours each day. Still wrote blogs each week. Until a year or so ago, despite being retired from regular teaching, and when the pandemic allowed it, I still led an after school martial arts class at my old school. But not this past year. One health concern after another, and the sickness and death of friends and family ⎼ this is aging me.

Add the earth in tears with so many species in crisis and near extinction; so much hate, politically manipulated hate and violence, thanks a great deal to a former President who, despite now being out of office, is still lying about and working to overturn an election he had lost, overturn democracy. Then there’s the invasion of Ukraine and the pandemic ⎼ this ages all of us.

My dad died at age 96. Before dying, he looked me in the eye and said, “you know, this man is dangerous.” He was warning me that DJT reminded him of the early years of Hitler. He would say the would-be dictator’s name, but wouldn’t say the German dictator’s name, and wouldn’t say ‘Nazis’, just pronouns, ‘him’ and ‘them.’ This wasn’t a warning I needed. But it did make the DJT presidency even more real and frightening to me.

Months earlier, my dad had talked about spending his whole morning just getting dressed and ready for the day. And then most of the evening getting prepared for bed. I wasn’t the most understanding, then. My comparative youth got in the way. But now I feel what he was saying. We age to the point where we spend most of our day waking up and then going to sleep. Or maybe, we do that our whole lives without realizing it, preparing for life instead of realizing we’re living each second of it.

We think death won’t touch us, then it does, and powerfully. At some point we need to look at the slowly falling snow and realize here we are. This is it. We’re falling; we have been falling since we first stood up. And now, the flake of snow is getting closer to the ground.

Can this closeness turn the whole thing around and make us also closer to waking up, to wising up as we get closer to dying?…