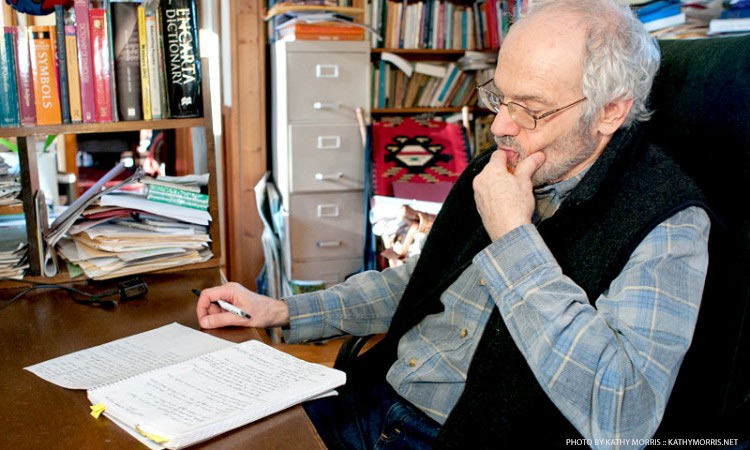 After earning a B.A. from the University of Michigan as a philosophy major, Ira Rabois traveled to Sierra Leone in 1969 where he taught English as a member of the Peace Corps. Upon his return to the U.S., Rabois settled in upstate New York as part of an intentional community and worked as an English teacher at the private free Clearwater School. He earned a M.A.T. from SUNY-Binghamton in 1973 and studied Karate and meditation with Hidy Ochiai starting in 1975. While teaching for 27 years at the Lehman Alternative School in Ithaca, Ira Rabois developed innovative curriculum in English, Philosophy, History, Drama, Karate, and Psychology, and refined a method of mindful questioning.

Rabois has also been the Head Instructor for Hidy Ochiai’s Karate of Ithaca for 18 years. He first learned about Zen meditation in a lecture and meditation session with Philip Kapleau Roshi, author of The Three Pillars of Zen, in October, 1968. He furthered his study of meditation and mindfulness at Namgyal Institute for Tibetan Studies, and at The Omega Institute with Robert Thurman, Jack Kornfield and Tara Brach, David Loy and others. Ira Rabois continues to study the mind and life. He and his wife, Linda, live outside Ithaca, NY, in an old apple orchard.

Lou Marinoff, Ph.D., The Big Questions: How Philosophy Can Change Your Life, July 2004.

Jack Kornfield and Tara Brach, The Practice of an Open and Wise Heart, August 2001.

Consciousness Research and Training Project, created by Lawrence LeShan, psychotherapist and author of How to Meditate.  Meditation, mind-body medicine, and stress reduction coursework. October of 1991 and 1992.

Oct. 2009 – Sponsored by The Mind And Life Institute in Washington, D.C., Educating World Citizens for the 21st Century