Go Vote! And Consider What It Means To Be Free

We use the word all the time and often get worked up over it, so what does ‘freedom’ mean to you? The meaning has varied greatly amongst different people and times in history. For the early Romans, ‘freedom’ meant not being a slave, or being ruled by a Roman, not an Etruscan. Later on, it meant they could choose the rich Roman to rule them. At the height of Athenian democracy, it meant you could choose not only the rulers but the rules, and any citizen could be a ruler for a day (or lead the Assembly or Athenian Congress), but women and slaves were excluded from such freedoms.

Does freedom only involve political choices? Are you free if you can vote for someone to hopefully represent your interests, but in other areas of your life, choices are greatly limited?

Is having a choice the only criteria of freedom? My philosophy professor in college, Frithjof Bergmann, asked: What if you have many choices but none of them are meaningful ones? You can chose from twenty or a hundred cell phones or shirts, but none of them are what you really want or none satisfy the deep hunger in you. Or, is it free if you have ten insurance companies to choose from, but you can’t afford any of them, or can’t afford any that provide reasonable coverage? Or is it free if you have only one choice, but it’s a good one? And what if you have hundreds of choices of what to buy, yet the use of resources to provide such a selection shortens your lifespan or shortens the lifespan of humans on the planet?

What if your freedom means another person’s oppression? I frequently hear on the news Trump supporters say “now we will be free.” If they own a store, they will find religious freedom, for example, by not serving a gay person or pay for health insurance for a woman who makes the awful decision or medically needs to have an abortion. I had a discussion with a Donald Trump supporter who said one of the things most dear to him is freedom. He said he valued freedom to chose to have health care or not, or which health care provider. He said it was important to have freedom where to send his children to school. He also claimed that if tax money funded public schools, it should also fund charter and religious ones. But what if such policies meant the loss of a quality education for others, or the destruction of resources needed to provide people with the economic support they need to live? Which “freedom” is primary?

For many people, freedom means an absence of constraint. You are not locked up in jail, not forced to work in chains. It means, hopefully, that you are recognized as a fellow human being, with rights equal to all others. That is crucial, but is it enough? Defining ‘freedom’ as “not being in chains” is like defining ‘conscious’ as “awake” (not asleep). This is the beginning, not the end. You need to consider how aware you are when awake. And what if you are locked up for defending your principles? Or you “freely” act in ways that cause you and others suffering—is that freedom? Or you act only with your own interests in mind and, thusly, perpetually put yourself at war with all others. Is that freedom?

And what if one person out of ten or a hundred owns most of the wealth? Does that limit your freedom if you’re not one of the top 1%? In the US, approximately 1% of the population owns 60% of the wealth. When that happens, it means the richest people pay a smaller percentage of their wealth in taxes. It certainly means they have a much larger spendable income. Thus, they have more money to influence the political process, and less money is available for the infrastructure, health care, education, environment, emergency services and first responders, etc. that serve all of us. In the 1950s and 60s, the US economy was greatly expanding, but income tax rates for the rich were two – three times higher. As taxes go down on the wealthy, expenses go up for the majority. If you must work two jobs and have little “free” time, or spend most of your income to pay your bills, is that freedom?

Figuring out what freedom means is more complex that many realize. It is a great question for a teacher to raise with students, or a parent with children. My high school students loved such discussions. Not only what is freedom, but why is it important? If it is so hard to define, should it always be paired with love or compassion or equity? To me, it means not controlled by someone else’s interests, and not feeling stuck, confused, or lacking, not locked inside yourself so you can’t feel or respond to the suffering of others. To rule yourself, you must know your own mind, and be honest with yourself. As much as you can, you are aware of your own emotions and thoughts. You can’t act freely in the world if you don’t constantly expand your breadth and depth of understanding of it, and can’t feel the humanity of those people around you.

One basic freedom we have is to vote and participate in the political process in very basic ways. So, we need to use it, and as wisely as possible, or think about the consequences of losing it.

*This is a slightly amended version of a blog I posted earlier in the week.

*If you are in Ithaca, NY this weekend, I will be giving a talk on my book, Compassionate Critical Thinking: How Mindfulness, Creativity, Empathy, and Socratic Questioning Can Transform Teaching, on Saturday, November 12th, at 2:00 pm at Barnes & Noble. 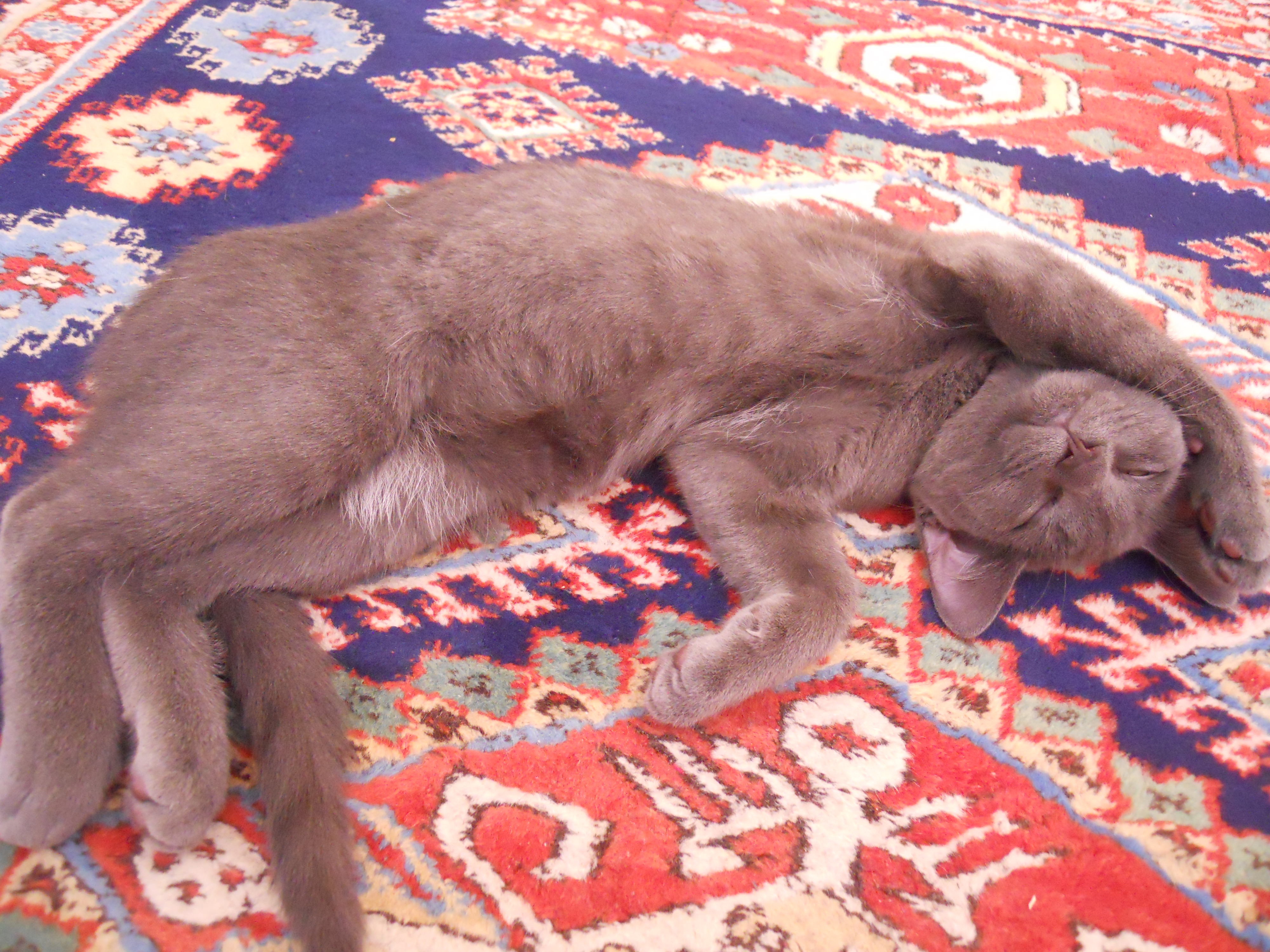 I woke up this morning about 6 am. It was still dark. I got out of bed, walked around and almost stepped on my 7 month old kitten, Milo. Instead of being freaked out, I was happy, not only that I didn’t step on him but that I could see him, or just see, period. Maybe because of now being a “senior citizen” I am more aware of what someday I will lose. There was fear at the opposite side of the joy, fear of losing sight and my other senses. And hurt. I felt what I imagined Milo might feel if I stepped on him. He would not know why I hurt him.

Perception is not just about information. My seeing makes it possible to step around and reach out to pet him. As I sense him, a feeling of approach or avoidance arises, then like, dislike or indifference. Then memories, of how he rolls over to get my attention or how he chases our other cats. There is relationship.

Our perceptions and emotions link us to others and our world, a world from which we are never, even for an instance, separate. Yet, do we always feel this? Of course not. We can lose the sense of connection even more easily than we lose the sense of sight. Never forget that sensing connection is a sense. And we pay an enormous price for its’ loss. We pay with violence. We pay with suffering. Once painful emotions are aroused, it is easier to enact them on others. Feeling disconnected or isolated hurts and makes it easier to get angry, blame and hurt others. Thinking gets confused. Manipulation is easy. A population that is hurting is easily manipulated.

Empathy is the heart of connection, love and ethical action. It can take different forms. According to Paul Ekman, there is recognizing what another being thinks or feels. There’s feeling with or caring about others, and lastly, being ready to act for their welfare. I feel the pain I could cause Milo and thus shudder at the imagined hurt. Because I experience his pain, I am more careful. Some argue that such empathy will not stop violence or hurt. People often hurt themselves. Others hurt the ones they love even more frequently than those they don’t care about. If empathy doesn’t protect us from hurting those we love, when will it protect us?

But examine the hurt that arises with the emotion of love. To love is obviously a highly complex state that comes in all sizes and shapes. Feeling love is feeling the edge between two strong polarities. You feel entirely open and vulnerable, “connected.” You care. You feel joyous and valued. You say “yes” to the world. On the other side, you feel the possibility of loss. With love, you feel alive; you feel the moment strongly, which means you feel its impermanence. From there, it is easy to fear loss, hurt, the world saying “no” to you. You desire security, continuity, even control. When you hurt the one you love, you are trying to stop the fear. But that is the same as stopping the vulnerability, which is to stop the love. You try to protect love by ending it. It is not love that causes the hurt. It is the fear that you can’t love. Living on the edge of a sword is a highly prized skill. When you hurt yourself, instead of feeling too much, you feel too little. You hurt yourself because feeling something, even pain, is preferable to feeling nothing or feeling dead.  There is danger in feeling too little or too much.

So, to educate love, empathy and connection, awareness of thoughts and emotions, is a politically and socially responsible act. It makes us better citizens and neighbors. It is difficult to manipulate those who are emotionally and socially aware. It is revolutionary. I wish schools would teach it more. In the late 1960s, the slogan “the personal is political” helped rally the student and women’s movements. Maybe “awareness is political” will rally each of us today.