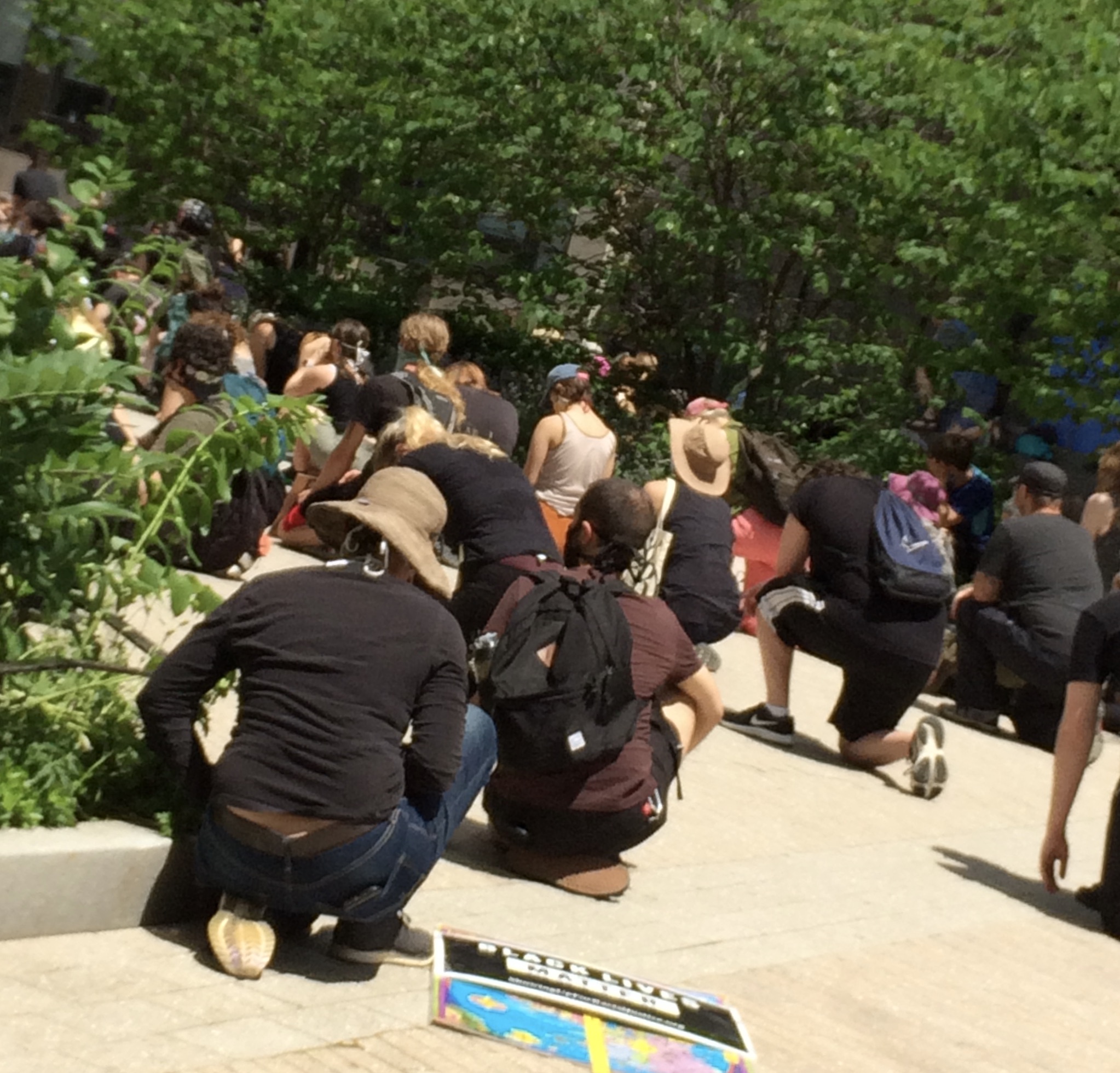 What do we do when we feel it is all getting to us? When the outrage and depression over the killing of George Floyd and so many other African-Americans by police, combines with the sadness and anger over the rising numbers of those sick and dying from the coronavirus, combines with the actions by DT to cut off the information from reaching us that we need to protect ourselves? And all this is augmented by anxiety over our economic situation or uncertainty over the future and, of course, fear of getting sick?

My mind went through a change over the past weekend. Every time we leave home to go to a public, indoor location⎼ shop for food, get our car fixed, what used to be normal activities⎼ a new waiting period can begin. Since the incubation period for the virus can be two weeks, if we do this more than once during that time, we never stop being on edge, monitoring for symptoms. A chest pain, a cough, a tickle in the throat can cause us to isolate ourselves further in worry.

I turned on the tv and there was an ad for a local Public Television program, Behind the Woman, which shared personal stories of women leaders from diverse backgrounds. In this time of different pandemics, those of racism, DT, and the coronavirus, the program reminded me of what a sense of community can be like, with shared concerns and a demand for change.

Then I heard news about protests over the police killing of George Floyd, in Portland, Oregon, being met by militarized Federal agents sent there by DT. These camouflage-wearing agents have been stomping on the people’s right to protest and on the legitimate local authorities and the rule of law, creating chaos to serve DT’s own selfish political purposes. And on Sunday, they  were met by a wall of Moms chanting “Moms are here, Feds stay clear.” I felt a silly sort of joy, a shared interest and feeling, with these women, and with these protestors. Until I heard about the teargas and arrests and the joy was replaced with outrage and fear.

Hearing about the protests, I somehow felt less alone. When we hear about other people in pain, we want to do something to end that suffering. We want to help. Even babies, when they hear other babies crying, join in. And when we hear about people taking action, we can feel more powerful ourselves and ready to act…. 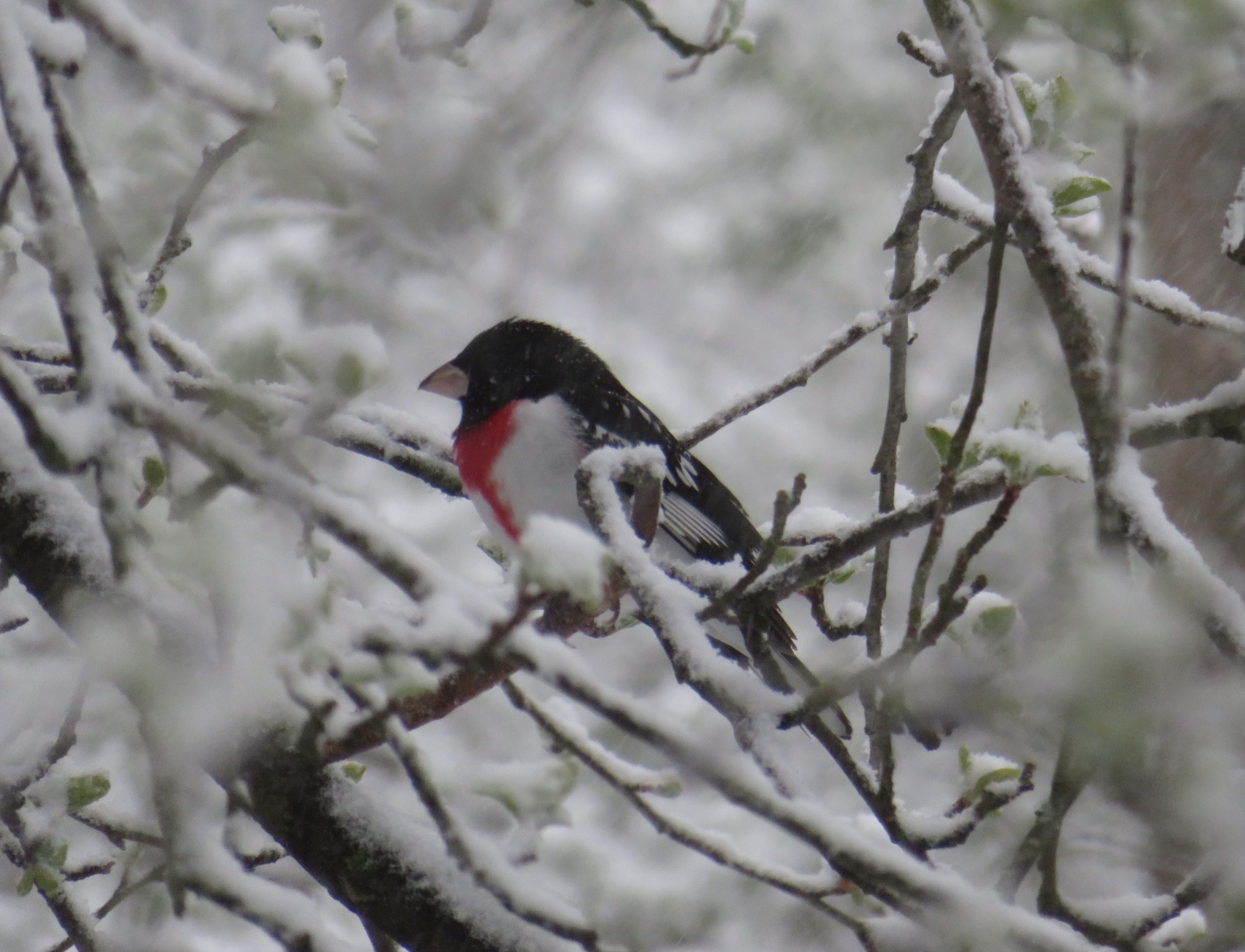 Change can happen so quickly. Just a few days ago, we had snow and sleet⎼ in May! Spring flowers were covered by snow, broken by sleet, and blossoms were blown from the branches of cherry trees. Yet right now, it’s sunny and warm. All the snow is just a memory.

And even though it took a few months, it feels like it was just a few days before the pandemic changed everything. It is a storm that rages through our lives, but instead of ending in a day or two it continues on. And it is two storm fronts combined, COVID-19 ⎼ the fear of illness as well as the news of infections, deaths, jobs lost, schools closed⎼ as well as the DT administration and all the ills it brings us each day. But both of these, too, will end.

As a teenager, I remember many of us thinking being at school was preparing for life, not living it. We wanted “real life” to begin. Well, if real life hadn’t already begun for us, it is here now. This is it. Whatever we learned or studied, we have to use it now to help ourselves and others through this crisis.

Meditation or mindfulness has become the core structure of my day, along with greeting my wife and cats. I am so grateful to my teachers for showing me these practices. Each morning, I stretch, exercise, and meditate. When either fear or worry show up, I know I can let it go, or at least diminish it. Best of all, meditation provides a means to get quiet inside and study whatever occurs, so whatever occurs can teach me how to perceive with less projection or distortion, think more clearly, and grow stronger.

Due to the pandemic. I can’t go to the gym, so I’ve brought my workout home. I work out here more than ever, take more walks, do more breathing exercises and martial arts training.  And it’s not just more, it’s better. I have no other place to be, so I am here more thoroughly.

Writing stories, personal or persuasive essays or blogs, has been another way to learn about myself and feel more positive emotionally. It requires a combination of creativity, critical thinking, mystery-solving, and meditation. My first drafts are often journal entries or responses to an article or poem I read, a news program or podcast I listened to. I record an insight or something that intrigued me. Or I just write what I see around me or feel. And then I follow it up, do research, dive into the puzzle of my mind and write a full draft. And then take a breath. Sleep on it. Let it sit and percolate in my body and dreams….

*To read the whole piece, please go to The Good Men Project.