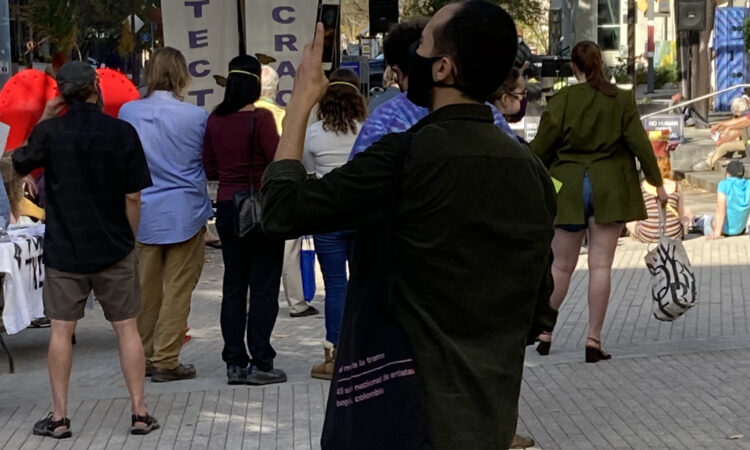 Dan Rather said on 9/10: “It’s almost as if some politicians have decided it’s in their political self-interest for the pandemic to continue to rage.” Almost?

On 9/9, Greg Sargent wrote an opinion piece in the Washington Post titled: “How the GOP will exploit Covid to win power and what Democrats can do about it.” I was going to write an article such as this but Sargent saved me the trouble. If you can, please read it. He went on to say, “Here’s a midterm message for you: Judging by the GOP’s continuing slide into extremist and destructive behavior in the face of a surging covid-19, electing more Republicans to positions of responsibility right now would likely mean more economic malaise, sickness, misery and death.” And Democrats are possibly, finally ready to call the GOP strategy what it is.

The GOP strategy for “winning” the next election must have become clear to many of us months ago. Going back about 18 months, to shortly after we realized the seriousness of COVID-19 and the nation had shut down, it became clear that DT and the GOP were more invested in saving their political power than saving our lives. They  downplayed or outright lied about the virus, lied about cures, sacrificed workers, children, seniors and people of color to get them back to work and back to schools even when the conditions were unsafe.

DT’s main strategy while he was unfortunately in office was shock doctrine material⎼ create enough fear, confusion, and violence, make conditions so bad that people will accept what the wannabee dictator wants. The GOP traumatized the nation for their own political purposes.

And now, they are adapting the same strategy. GOP governors, like Ron DeSantis in Florida, are still lying about masks, trying to outlaw mask mandates in schools and cities in their state. He has pushed false cures and undermined the national effort to get people vaccinated, despite being vaccinated himself, by understating the reality of COVID cases in Florida.

For most of the summer, Florida led the nation in COVID cases, especially in children. In fact, during that time Florida had one fifth of all the COVID cases in the U. S. Basically, it seems DeSantis has been creating obstacles to healthy practices. As Dan Rather asked, is he doing this so people get sick? Seems so to me.  And then he attacks President Biden for not living up to his promise to put an end to the ravages of the pandemic.

In fact, the GOP fight against almost any attempts by Democrats to make the situation in this country better, including fighting COVID relief, or legislation most Americans want and that all would benefit from ⎼ or especially when those measures are most popular.

Their actions are de-stabilizing the nation and creating chaos and fear. If we hadn’t already gone through four years of DT, no one would believe, I wouldn’t have believed, they were doing this to get people to think that not only Democrats can’t help them, but democracy itself can’t work.

And since the January 6th attack on our nation and the lies about it, and years of them doing more to take away voting rights than facilitate voting, to undermine the voice of the people instead of promoting it, to not just suppress the vote but control how the vote is counted (or if), ending democracy seems exactly what the GOP are invested in.

So, I recommend we all take care of ourselves, yet also read Greg Sargent’s opinion piece, stay engaged, directly name the GOP strategy for what it is, and do whatever we can, no matter how little, to counter the disinformation and attempts to destroy what’s left of democracy in this nation — and get people fired up to vote when the midterm elections come around.

There are many historical periods and events that we should never forget. DT’s ineptitude and the way he and his GOP enablers malignantly sacrificed millions to the coronavirus and threatened the very existence of a democratic government, all in a desperate attempt to seize absolute power, is surely right up there on that list.

Like21 Outside, it’s cold. In the 30s. As it should be in November. The trees, except, of course, the evergreens, are bare, brown, and leafless. Yet the sky is that deep morning blue. And it feels like it will warm up. Even though I’ve been enjoying the warmth lately, almost a week in the 70s,…

Like21 Right now is our time. For months if not two years, we’ve thought and worried about the upcoming November 8th election. And right now might be the last chance we have to influence the outcome and to vote. Right now, our future is created. Right now, our wishes, needs, and dreams can be recognized,…

Like21 There’s so much in our society and world right now that angers or frightens me, but also so much that is providing optimism, maybe, or at least, reassurance, that what we need or wish for is possible. I’m often tempted lately to write a good news newsletter to cheer up and energize myself and…

Like21 Bob Dylan’s song, the “Masters of War,” has been in my mind lately, about the “masters” who do nothing but destroy and create unspeakable fears, the worst fear being to bring children to life⎼ or to love.   Since 2011 or so, levels of fear and anxiety have been increasing in this country and…