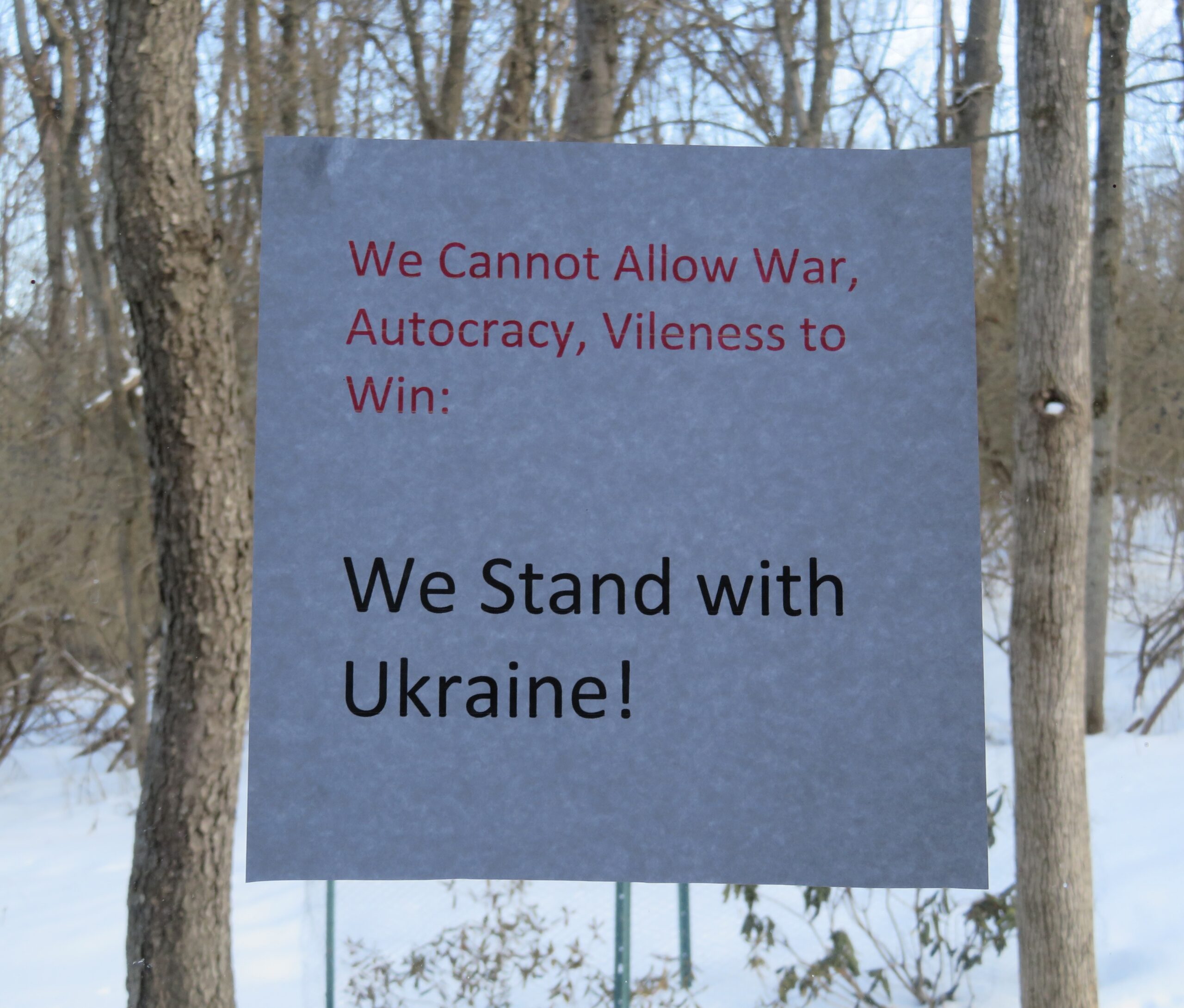 President Biden is sometimes criticized for not helping Ukraine get fighter jets from Poland, or for not pushing NATO to establish a no-fly zone over the country so Russian jets can’t bomb and strafe the Ukrainian people. Biden says he can’t risk escalating the conflict and starting a World War, but critics maintain we’re already at war and so should go further in supporting Ukraine.

But the strategies endorsed by some critics would mean NATO pilots either flying jets to Ukraine or flying over the country and could result in NATO, including Americans, shooting it out with Russians. Maybe, they think, we should just bomb Russian troop convoys and artillery.

Where is the line between helping an invaded nation and going to war alongside it? Or where should it be? What constitutes enough of a motivation to risk World War? To risk nuclear war? Does anything warrant that risk? Talk about an environmental crisis.

The President is expertly weaving a very fine line here. He has moved that line as he has led NATO to come together like it hasn’t before.

The World is not at war. Ukraine is at war with Russia, or with Putin. Ukraine is being attacked. The Ukrainians are dying. The Russians are losing not only in world opinion but often in the ground war and so are purposely targeting the civilian population. Ukraine’s cities are being destroyed. Their democracy as well as their homes, bombed. The rest of Europe, the U. S., most of the world is not.

Yes, Russia, especially, has facilitated cyber-attacks against us, against our elections and businesses. But so has China, North Korea, other autocrats. Yes, our sense of humanity is at war and our nation is divided against itself. Yet, we are, or most of us are, relatively safe.

Yes, we are paying higher gas prices. We face shortages. We face rising anxiety and fear. We face a constant news assault on our sense of shared humanity. On our future. But we are not facing bombs. Disinformation bombs. Yes. New strains of COVID. Yes. Organized hate and 5 years of assaults on our rights. Yes. On our education systems. We are facing a climate emergency. And now, this war against a people, a nation, against democracy.

That is where we need to put our effort. Into strengthening our humanitarian work, into helping Ukraine defend itself and into stopping autocracy here as well as Ukraine.

If we think we are at war, now, in most of Europe and the US, as many say we are; if we stop maintaining a conceptual as well as physical line between supporting the Ukrainian war effort and refugees and actively, militarily fighting Putin, then we are lost. We must find other ways to oppose autocracy and stop the killing.

Putin’s War can show us what we might face if we don’t do whatever we need to do, not only to stop Putin, but stop autocrats in this country, too. If we say we are militarily at war with Russia now we might create the false impression that we can go on with a relatively normal life while autocrats are attacking us⎼ or if Putin and those who support him, like DJT and other GOP, continue their attacks. That is a dangerous idea.

Every time we see it in the news, we might imagine ourselves being bombed. And this empathy might actually help us take appropriate action⎼ as long as we can also let it go. We also need to be able to find moments of peace in ourselves. When we respond to a crisis with inertia, we seed anxiety. When we respond with compassion and action, we seed a sense of agency. Strength. We respond more fully, think more clearly, and feel more alive. Feel more powerful.

We need a new dawn of caring. Of compassionate leaders. Of listening and collective action. This is what will, hopefully, save us all. We can diminish the collective trauma here by using mindfulness and studying ourselves, psychology, philosophy, history to uncover and dissolve the hidden pain, hooks, biases, and expectations that autocrats use to seize our attention, manipulate, and hurt us even more. We can send resources to Ukraine and help get out the vote here. And we can find our own ways to care for our families and neighbors, be creative, join hands with others, and stand up together to end this war.