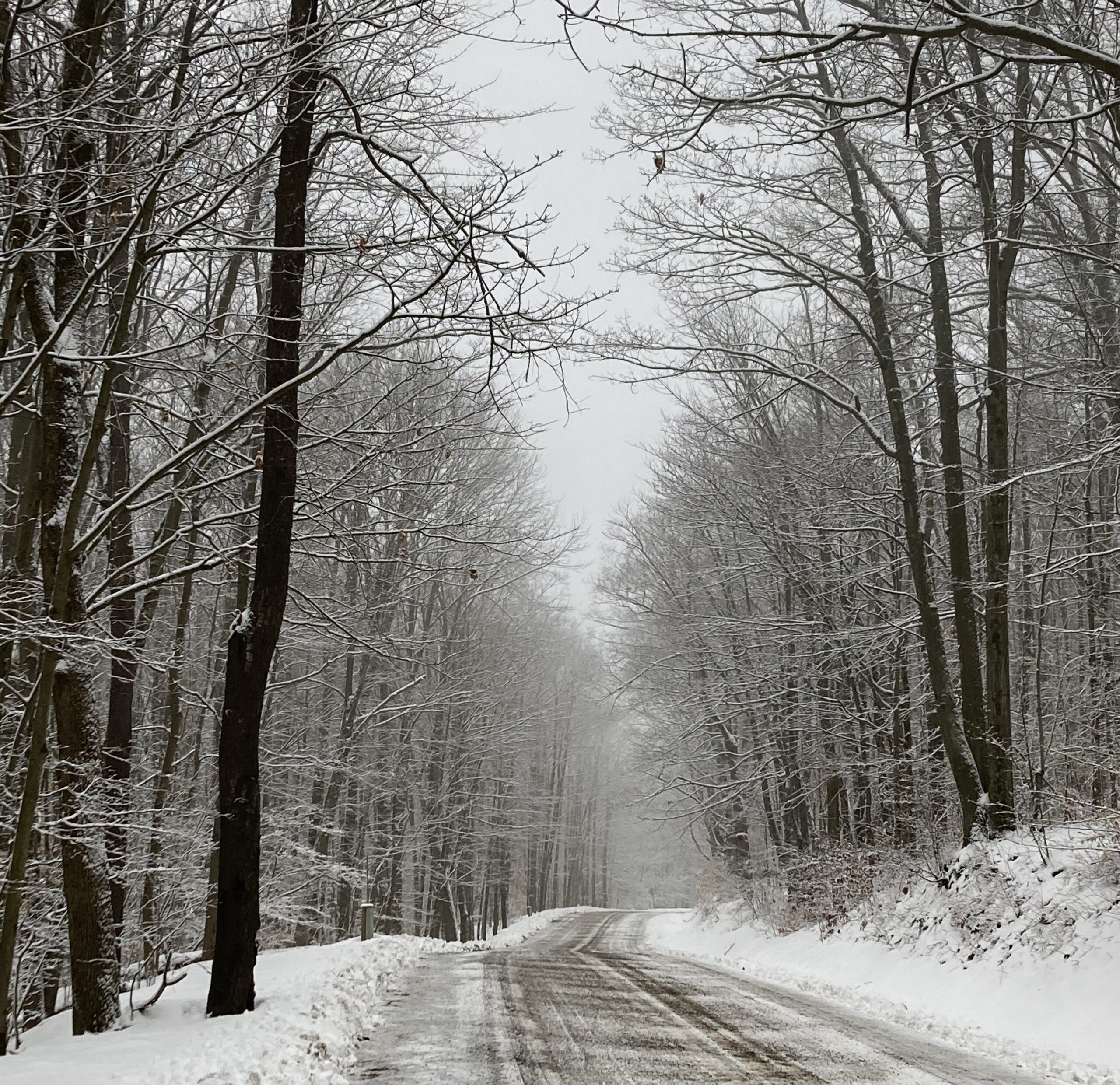 I was walking down our rural road yesterday afternoon, just approaching a pine forest, and I heard the trees shake, then a gentle boom in the air, and looked up to see the white-tan underside of a huge bird, a snowy owl maybe, fly about 40 feet over my head.

And today, while walking I remembered and looked around for that bird. And I thought of asking my neighbor, who knows a great deal more than I do about the local animal population, what kind of bird it might be. Just a minute later, off to the side of the road, was the neighbor. He lived nearby and was removing old tires and other garbage people had thrown there. I greeted him, told him about the bird and asked if he thought it had been an owl.

He wasn’t sure. Owls, he said, are usually silent. Eagles change colors for the first four years of their lives, and there are increasing numbers in the area, so maybe it was a young eagle. And after I thanked him and left, I felt grateful for my neighbor, and realized how wonderful and weird it was that I had thought of him, and suddenly there he stood.

When I returned home, I started thinking about coincidences.

Zen teacher Thich Nhat Hanh used the term inter-being to explain the Buddhist teaching on interdependence. We all inter-are, in the sense that without the air, what could I breathe? Without the solidity of the earth, what could I walk on? Without the fertile soil, what food could grow? Without other people, would I know who I was? Thich Nhat Hanh said if we look at a sheet of paper, we can see a cloud in it, sunshine, rain, the tree that supplied the pulp for the paper, the loggers who cut the tree, the bread they ate that day, the wheat that went into the bread, the logger’s partner, their children, and finally ourselves.

And then, from the bookshelf next to where I was sitting, I picked up Devotions, a collection of poems by Mary Oliver. I randomly opened the book to a poem titled, “Some Questions You Might Ask.” The poem starts with the line, “Is the soul solid, like iron?” And later, “Who has it, and who doesn’t?” Does an anteater have a soul, she asked, a camel, or maple tree? A blue iris? A rose, lemon, or the grass?

Or the world itself? And I thought of my cats—and I felt such closeness to them. But do they have a soul, whatever that is? Do they feel they’re connected to the quiet underbelly of everything? And is that quiet underbelly soul?…

To read the whole article, please click on this link to The Good Men Project. Enjoy. 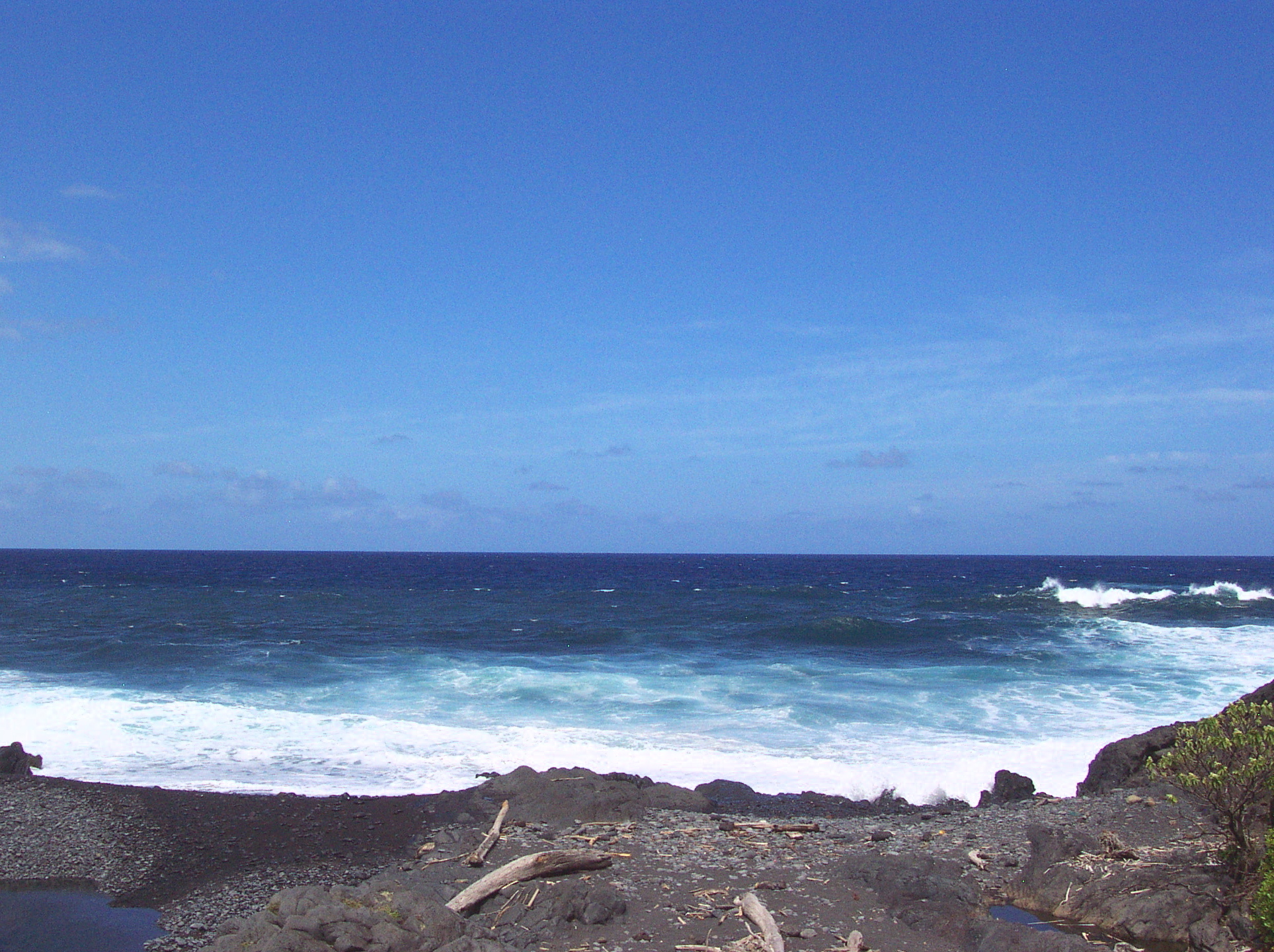 Did you ever walk into a bookstore, or any store, and there, on a display table, was exactly what you were looking for? You might not have even known what you were looking for until you found it. But there it was.  And you knew it. Or, you go into a bookstore and you have a question in the back of your mind. You open a book—and there, on that page, is the answer to your question. You can tell that I like bookstores.

Or, I wake up and know I have to work on writing my blog. And I pick up some essay or book that feels meaningful or appropriate to what I’m writing. I’ll read three of four pages—and suddenly I have an insight or idea to write about. Or I drive into town, thinking I need to ask someone a question or I worry about how someone is feeling. I park my car and walk a few blocks and there she is, coming right toward me. You know these experiences, right? They don’t happen often, but when they do, life seems just right.

Some people, like Carl Jung, have called these experiences “synchronicity” or an “acausal connection through meaning.” According to a book by physicist Victor Mansfield, synchronicity is a correlation between outer and inner events that is meaningful to the person (or persons) involved, but one event doesn’t cause the other. My thinking about the person doesn’t cause her to appear, yet there she is, and it feels meaningful and even mysterious to me.

Can a similar thing happen even in a conversation? You don’t know, at least not consciously, what it is you want to say to the other person. But suddenly, it’s there for you. Maybe you even know you had to say something to a friend and you couldn’t figure out how to say it. You fretted, worried, and imagined all sorts of negative results. But then, you are with this person. And your heart opens and you just say it and it’s perfect. Is this the same as what happened in the bookstore? The first examples are, apparently, a synchronicity between internal and external events. In the second, it seems to be all “internal.” Is it?

All I know is that sometimes my attention is awakened. I feel more alive and clear headed. And then I know what to say or do more than at other times. Does meditation assist this? Practicing compassion and empathy? I think so. Or is it just luck, whatever that is?

It’s valuable that teachers and parents talk with their students and children about how they experience their lives. This includes not only thoughts, emotions, and ethical quandaries, but more subtle experiences like synchronicity. Why? Because it happens, and it’s one of those moments to savor. There are so many inexplicable moments in life. Savor this and other mysteries might be revealed, other questions answered. And by doing so, teachers and parents communicate to children the value of their lives, the value of being aware of their experience, and the value of sharing and examining one’s own experiences with others.