I’d like to share with you what I learned from teaching a middle school class called “The Story From Day One,” which integrated mindfulness and visualization exercises with the language arts curriculum.

Suggested Myths to Teach in Your Class

In my Story From Day One course, we read several myths from around the world, of creation, of tricksters and of heroes, including:

Start lessons with a mindfulness exercise so students can calm and clear their minds, better understand how their inner lives affect their outer ones, and notice how they respond to words, stories, and other people.

After mindfulness practice, ask questions that challenge assumptions and reveal what was hidden, so each lesson becomes the solving of a mystery. For example, before teaching a class on language or vocabulary, ask:

How can words (mere sounds or collections of marks on a page or device) mean anything?

Do words have meanings, or do people give words meanings?

Imagine a time when words were almost magical, when to give your word was deeper than a legal contract today. If you felt your words were like magic, how would that change how you spoke? (Share this old Eskimo poem.)

To read the whole post, please go to Mindfulteachers.org.

Teaching The Story From Day One

I’d like to share with you what I learned from teaching a middle school class called ‘The Story From Day One,’ which integrated mindfulness, visualization and inquiry exercises with the language arts curriculum.

Kieran Egan, educator and author, advises in his wonderful book Imagination In Teaching And Learning: The Middle School Years, to design lessons with a narrative structure, understanding not only the skills and knowledge we want to develop but the transcendent qualities in the subject studied.

To excite students, especially middle school students who are still close to, if not seeped in, this age of magic, and who have a natural yearning for adventure and awe: Use stories of facing the extremes of reality and limits of experience, of heroes braving dangers and encountering wonders, to connect to and utilize students’ romantic imagination and emotional awareness to better understand course material.

A good way to begin is with Gilgamesh, the protagonist in the first written epic story, recorded sometime around 2100 BCE. Gilgamesh is the first literary hero, actually the first greatly flawed superhero. The story also introduces a precursor to the biblical Noah and the flood, as well as central themes that have filled literature ever since.

The first step in teaching mythology, literature, and language is to create the space in the classroom so language comes fully alive to students. Where they feel as well as examine what they say and read.

The Wasteland of Today

“April is the cruelest month, breeding

Lilacs out of the dead land, mixing

So begins The Waste Land, by T. S. Eliot, first published in 1922. It is considered a landmark, one of the most important poems of the twentieth century.  I disagree profoundly with the author’s political and religious beliefs, yet find the imagery truly beautiful and able to reflect today’s world in startling ways.

During this hard winter of 2018, I long for spring, but fear it will never come—or, even worse, fear that the meaning of spring will be forever violated. I think of spring as renewal, as a “sea of green” (Beatles) pushing out the “dull roots”(T. S. Eliot). I might be reminded of old memories and longings. But what I see around me, politically and otherwise, is a modern version of the kingdom of the mythical, wounded Fisher King described in Eliot’s poem. ……” 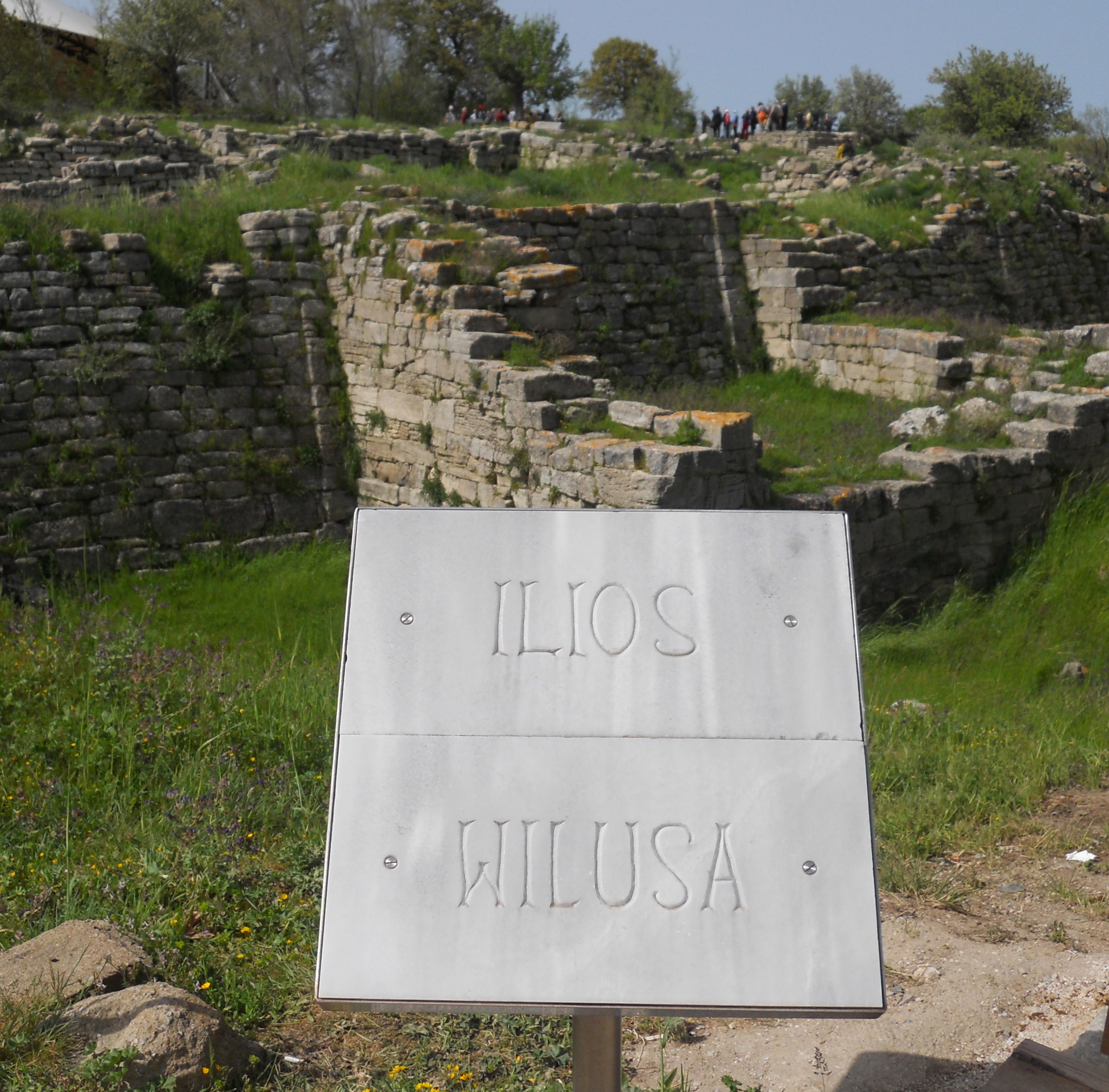 The Story From Day One

Words were once magic. They did not speak about ideas but were acts of creation. You said ‘sun’ and a sun appeared. You said ‘happy’ and it was so. You said ‘devil’ and you ran. (See Eskimo poem, 160) Students are seeped in or not far from this age of magic. If they’re lucky, even in high school some of this magic still sticks to them.

This insight helps explain why young children love myths and tales of ancient civilizations so much. Without such words, there would be no myths. Without myths or a similar context, there would be no words. Myths are magical words sculpted into storied beings and worlds. Myths are not and should not be taught just as literature but as the art of world creation. We need to teach students to try and understand these worlds, and try to understand and enjoy the great differences in perspective they represent. Understanding these differences in perspective teaches us what it means to be human. William Erwin Thompson said myths are not just read but enacted. And Joseph Campbell said they are stories that you live. They are, or once were, sacred. “In the beginning was the word, and the word was with God, and the word was God…”[John 1:1, Genesis 1:3]

So much of our lives are lived within words that we forget their magic. This was true in the past and is still true for many of us in the present. Plus nowadays, more of us use and think of words from a distance. We study words, how they can be implements of construction and destruction. This study brings word histories and meanings to the surface but also might keep us close to the surface, obscuring depths of experience.

I used to teach a class called The Story From Day One. It began with worldwide myths of creation, heroes and tricksters. I loved to share stories like the Haida (Native American) “The Raven Steals The Light,” and Gilgamesh, The Odyssey, Beowulf. Sometimes we read Grendel and Ishmael. Or, if it was middle school, Whale Rider. And we ended up with a contemporary novel like Animal Dreams.

Many people I know have an urge to learn more about their family roots. One goal of the course was to reveal the roots we all share. Imagery we use even today can be traced back to works created by ancient humans in the Paleolithic art caves. For example, images of bulls, horses, snakes and other animals, horns of plenty, venus figurines, all can be seen in the caves. The snake becomes the Greek Hermes. The bull becomes Zeus, born in a cave in Crete. The venus figurines become goddesses, like Gaia and Aphrodite. Modern heroes, heroines as well as monsters and figures of evil and can be traced back to mythical figures.

One such figure is the Sumerian Gilgamesh, the protagonist in the first written epic story, recorded sometime around 2100 BCE. The character, Gilgamesh, is the first hero, actually the first greatly flawed superhero. Much about the story is very familiar to us. It tells about a very powerful but out of control, egocentric, and sexist King, who oppresses his people until the gods send his opposite, Enkidu, to wrestle with him. Enkidu, a seeming monster created by the gods, is a wild man who runs naked with the animals until he is “civilized” by sex with a priestess. (If you teach this, you’ll need an appropraite way to discuss this early episode of sex.) She cuts his hair, introduces him to human food, and tells him of Gilgamesh. Enkidu turns out to have “a good heart.” He goes to the walled city of Uruk to end Gilgamesh’s oppression of women. He wrestles Gilgamesh until the two become deep friends. The story is about facing monsters and facing grief, death and urges for immortality and what can be learned from all three. The wise man of the story is Utnapishtim, who is very much the biblical Noah. The women evoke later mythical figures of Greece and other patriarchal cultures, like the Sumerian Inanna, a jealous goddess becomes the Babylonian Ishtar and the Greek Aphrodite. There is Shiduri, the tavern keeper, who turns out to be a sybil or soul guide. These myths introduce archetypes, patterns of human thought and behavior. The archetypes and imagery are not just literary devices to create a good story, but perceptual devices. They reveal what guides how people view their lives.

Students, especially in high school, too easily feel isolated on an island of self, cut off not only from their contemporaries but from a sense of the continuity of life. They have little grasp of the wealth of possibility human history can illustrate. They have little grasp of what they share and how they differ with early humans. I attempted in this course to give an intuitive sense of these possibilities, through literature, meditation and imaginative exercises, and an intellectual understanding, by analyzing and discussing the historical context of each work studied.

In meditation, there comes a magical moment when you realize you have drifted. You are being mindful, aware moment-by-moment of thoughts, feelings, sensations—and before you know it, you lose the awareness. You are gone, lost in a thought and the story it has to tell. Then you return and realize: “I am drifting.” What do you then do? Do you berate yourself for getting lost and drifting? If you do, you get lost once again. Or do you stay with the awareness, let your mind clear, be free from any thought? You then take in the whole situation. Everything gets to be included in that moment. All that went before, everyone and everything. Yet, nothing need be said.

This is our challenge today, and it has always been our challenge. Do we allow ourselves to learn enough from history and other sources so we can assimilate the lessons and let our minds take in the present situation with clarity? Or do we forget ourselves again and again with thoughts of attack and retribution? We can get lost in the stories we have created or we can live with an awareness of the magical possibilities of mind. Which will it be?

*The photo is of ancient Troy, in modern Turkey.