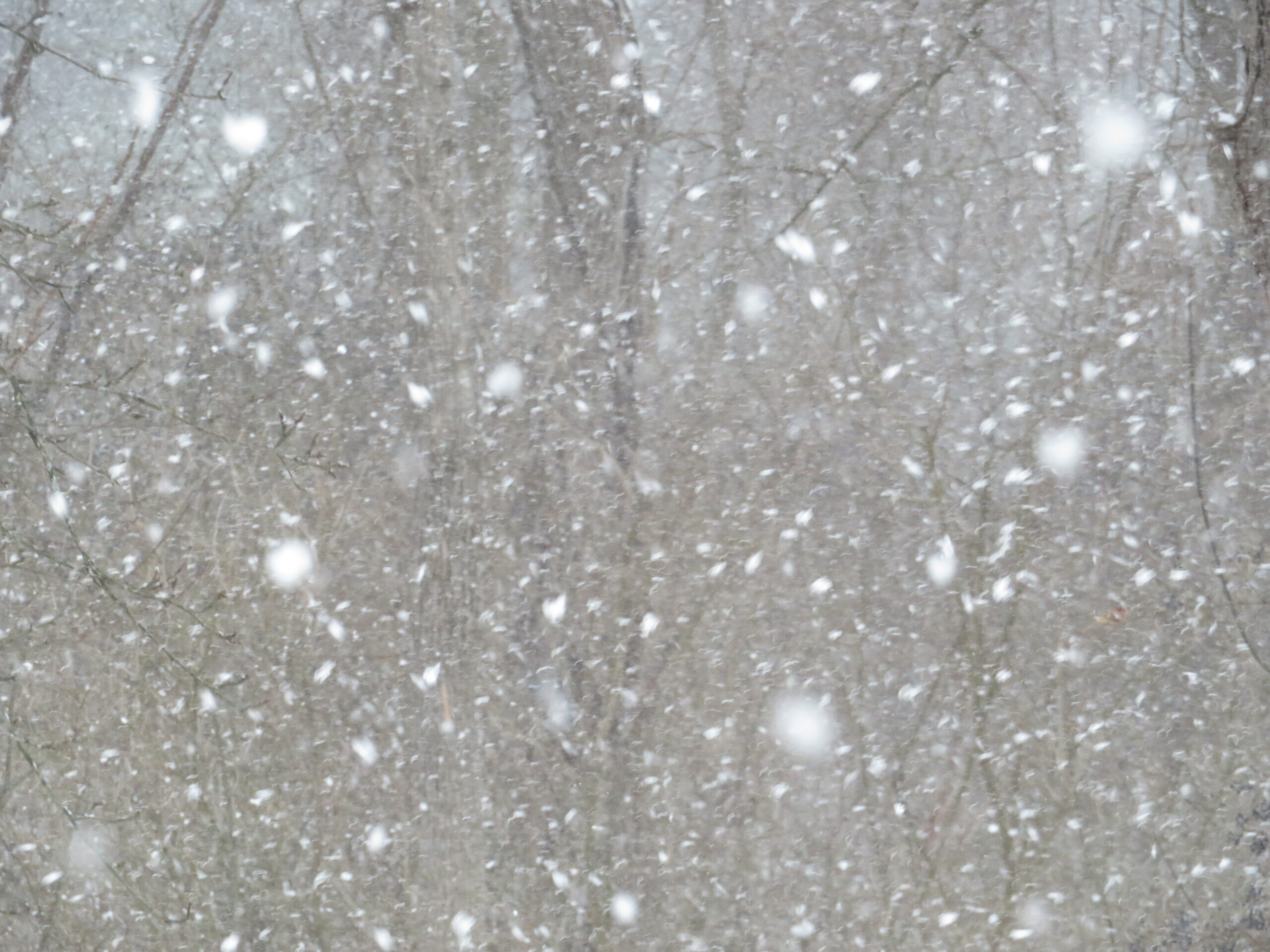 I woke up to snow, huge flakes dancing, not falling, but spinning in the wind. Playful. I haven’t seen the heavens be so playful for years. But here it is, the earth dancing. To see trees and people, snow and wind, different ways of being coming together, dancing together.

And now the sun shines.

A new President was inaugurated today, pledging to speak the truth and act with decency. To recognize the threat of white nationalism instead of hiding it. To advance and protect democracy instead of undermining it. Amanda Gorman spoke. She danced with truth in her words, personal strength and insight. Poetry replacing shouts, incoherence, and lies.

Two moments today when so many of us felt tears break out. May this be a new America. May we win the new Civil War or, as President Biden put it, Uncivil War, even better, may we defeat the impulse to go to war, to go to hate, to go to self-serving greed.

This is our chance. May we take it.

DT, the would-be dictator, the only President in our history who incited an attack on our Congress, our nation, the Congress and nation he swore to protect, the President of hate, lies, and grievance, is now gone from the White House if not from our memory or pain or nation. We must do everything in our power to make sure no one like him is ever given power again. “Never again.” To make sure those guilty of assaulting Congress in an attempt at a coup or to stop Congress from recognizing the will of the people, or who incited and assisted the assault, or worked in Congress itself to destroy democracy- they need to be punished, not out of vengeance but justice.

We need to make sure DT is never allowed to approach a government office again, except for a courtroom. We need to let the whole nation see his crimes.

What a morning and afternoon. We needed this. It’s a lesson and reminder⎼ we must be prepared⎼ to fight, to speak out. To take to the streets not to destroy the power of the people but to secure it. Not to thwart the rule of justice but to make it rule. Not to force a lie on the nation, not to mock truth but proclaim it. Not to kill but heal. That these efforts can and did, for now, succeed. We did succeed.

And then speak out once again, for impeachment in the Senate and for new policies. To quickly have a new cabinet approved. To care for those who are sick and to protect us from becoming sick. To pass new relief legislation. To protect the nation from the violence of internal hate as well as external. To pass new legislation to protect our voting system, right to vote and right to equal justice. To improve our infrastructure. To fully fund an equitable public education system that protects its students and teachers, teaches the history and responsibilities of freedom and democracy, and fosters critical thinking. That makes good health care available to all. And that protects our earth. Our home.

A new day. The inauguration of hope has begun. Let us make it so.

**Here is a list of those we can call. The first 5 are probable votes for impeachment. The next 6 possibly possible. If you think of anyone else, let us know.

This blog post was syndicated by The Good Men Project.

The Wasteland of Today

“April is the cruelest month, breeding

Lilacs out of the dead land, mixing

So begins The Waste Land, by T. S. Eliot, first published in 1922. It is considered a landmark, one of the most important poems of the twentieth century.  I disagree profoundly with the author’s political and religious beliefs, yet find the imagery truly beautiful and able to reflect today’s world in startling ways.

During this hard winter of 2018, I long for spring, but fear it will never come—or, even worse, fear that the meaning of spring will be forever violated. I think of spring as renewal, as a “sea of green” (Beatles) pushing out the “dull roots” (T. S. Eliot). I might be reminded of old memories and longings. But what I see around me, politically and otherwise, is a modern version of the kingdom of the mythical, wounded Fisher King described in Eliot’s poem. The King was made impotent possibly due to crimes in his court, including the rape of some of the women. Eliot speaks of Philomel, a girl whose tongue was cut out after being raped by her brother-in-law. She was then transformed into a nightingale—the male of the species can sing and lament, but the female is mute:

“The change of Philomel, by the barbarous king

So rudely forced; yet there the nightingale

Filled all the desert with inviolable voice…

Under the firelight, under the brush, her hair

Glowed into words, then would be savagely still.”

Instead of fishing, Trump plays golf and watches right-wing television. His wound grows from his shortsightedness, greed and misogyny. He has bragged of using women and his court hides those who would do the same, like Rob Porter, the one-time White House chief of staff. Yet, the women of the “me-too” movement of today are not mute, and might provide the force that heals our land.

What are the roots that clutch, what branches grow

Out of this stony rubbish? Son of man,

You cannot say, or guess, for you know only

A heap of broken images, where the sun beats,

And the dead tree gives no shelter, the cricket no relief,

And the dry stone no sound of water.

This is the world Eliot saw, but Trump’s vision is a twisted brother to it. As he said at his inauguration: “But for too many of our citizens… Mothers and children trapped in poverty in our inner cities, rusted out factories scattered like tombstones across the landscape of our nation…” Except he is the one leading those who lay waste the land. He violates the laws that would protect us, our air and water, and sells off our common lands to oil, gas, and other corporations to be stripped and mined. When the water meant for all is stolen, sold off to private corporations, the soul is desiccated, and becomes like soil without water. What could possibly grow from this “stony rubbish”? Trump drives the nation toward bankruptcy, driving up the debt, giving to the rich even more riches, giving to the military instead of public education or infrastructure, and trying to take from most of us the services and income put away for retirement.

Eliot bemoaned the modern age and the “rule of the mob” and yearned for a more aristocratic time. Although Trump likewise yearns for another time, to “Make America Great Again,” to make America whiter with himself as the ruler, he is just the kind of uneducated, selfish, and superficial person Eliot bemoaned. He is a man who knows only “broken images” of life. His vision is born of isolation and madness. Other people can only comfort his soul by bowing to it. And when the leader is mad, the whole nation suffers. What crimes can be committed, what morals violated, by a mad ruler?

“My nerves are bad tonight. Yes, bad. Stay with me.

Speak with me. Why do you never speak. Speak.

What are you thinking of? What thinking? What?

There is such loneliness here, such a desire to be able to hear and feel what another person feels, such closeness to a mental breakdown. Can’t anyone reach me? No matter what is said, the world is mute.

“Are you alive or not? Is there nothing in your head?“ Eliot asked this of the reader of his time. For us, once again we hear a man who cannot feel the life of others. No speech can touch him, so he blatantly lies to and uses others for his own gain. Lying so blatantly is like reaching out with a hand made of dust to a person made of shadow.

“…I will show you something different from either

Your shadow at morning striding behind you

Or your shadow at evening rising to meet you;

I will show you fear in a handful of dust.”

This is our ultimate fear today—that a mad ruler will reduce us to mere shadows becoming dust.

The poem ends with the Fisher King, a wound in his side or groin, sitting at the shore, with “the arid plain behind [him],” and thinking about setting his lands in order. It ends in a sort of chant, borrowed from Hinduism, which raises the possibility of a path to renewal:
“Datta. Dayadhvam. Damyatta.

Translation: “Give, show compassion and control yourself.

[Find] Peace, tranquility,” or find what T. S. Eliot translated as, “The peace that passeth understanding.” (from Philippians 4:7).

I think the only way to set our nation in order, and bring spring rain to the dried land, is to look clearly at what is happening around us, and to feel that others have an inner life similar to, yet different from, our own. They, like us, feel, suffer and ache for joy. Such feeling is the water of life. It is only through noticing this feeling that our connection with, and need for, others becomes clear, our deepest intelligence is awakened, and our ability to act effectively is realized.

Kindness is not weakness but wisdom.