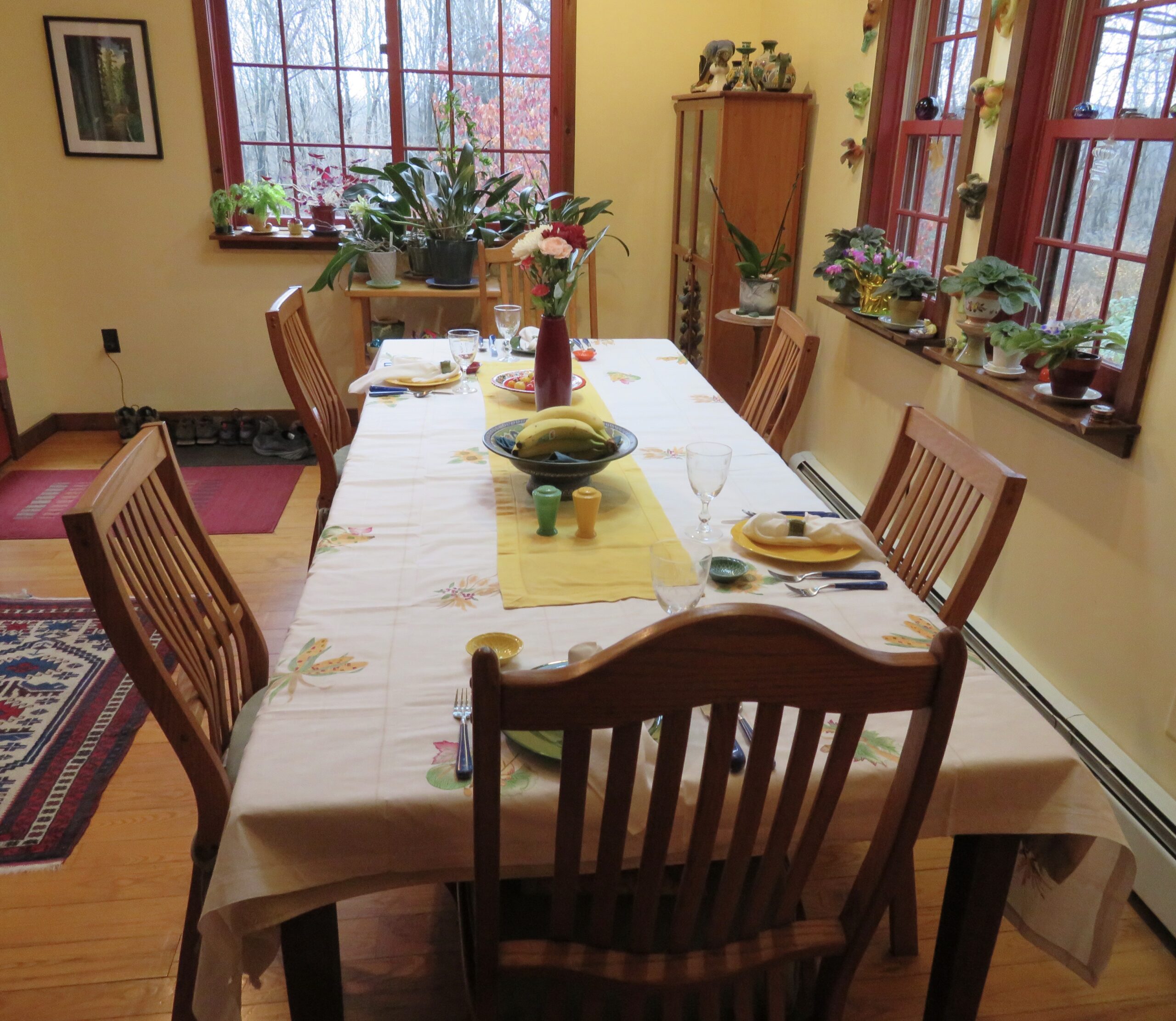 I almost can’t believe it. Almost. I am going to visit friends, share a Thanksgiving, not virtually, not remote, but in person. Face to face. Maskless. We will be able to see each other’s lips move. We might even hug, not elbow bump. Might. Don’t know yet.

We are all boostered. All of us will do a home COVID test beforehand. New hoops to jump through to enable the celebration of a holiday, the first such celebration for us in almost two years.

And there is so much to be thankful for. We are alive despite the pandemic.

We are relatively sane now one year after suffering four years of a malignant, wanna-be dictator. A man who did his best to shock us into letting him destroy democracy right before our eyes. Who tried to destroy the rule of law as well as truth so we wouldn’t believe the obvious and the factual. Not only about what he was doing to our right to vote but the fact of the earth itself suffering and maybe dying.

I am so thankful that President Biden is in the White House, and not the white supremacists, who still disturb the halls of Congress and plot the overthrow of decency and democracy. But, at least for the moment, they don’t totally control things.

The tension in the nation has certainly lessened compared to two years ago but is still too high. President Biden has not been perfect by any measure, but he has pushed for more legislation to significantly help the mass of people in this country than I thought he would. He has restored relative rationality to international relations, to facing the climate crisis, as well as ending the pandemic.

I anticipated that it would be difficult to get anything done in Congress, due to the GOP’s new identity as the Destroy Democracy Party, and the Party of No, where almost every Republican tries to destroy almost anything Democrats try to pass, especially what would be most helpful to us the people. So I will be even more thankful when Biden and the Democrats end the filibuster, so voting rights legislation passes, along with legislation to promote better childcare, extend the Child Tax Credit, develop clean energy and other environmental legislation.

Considering the death threats and incitements to violence coming against him and several other Democrats even from GOP members of Congress, I am so thankful for those who agree to serve democracy.

I give thanks to the fact that I still have a voice. The smaller voice of my body and the bigger voice I try to join with, of all those who remember what compassion feels like.

And I want to give thanks that I have family and friends, wonderful people, who I’ve known for forty or even fifty plus years. Who care for me and yet aren’t afraid to speak their own truths. Who I can just relax with, be “myself.” Create a holiday with. A celebration.

That we also remember, on the fourth Thursday in November, the National Day of Mourning, or Native American Heritage Day. This day reminds us that the story that used to be told of the Thanksgiving holiday is a myth hurtful to Native American people ⎼ and to us if we celebrate and ignore such a painful lie.

I wish for all of us a wonderful day of thanksgiving. To remind ourselves of whatever we can be thankful for, to remember those we’ve lost, and what we could’ve lost during the regime of DJT. And of what needs to be done now so we can be safe and celebrate other holidays in the future.