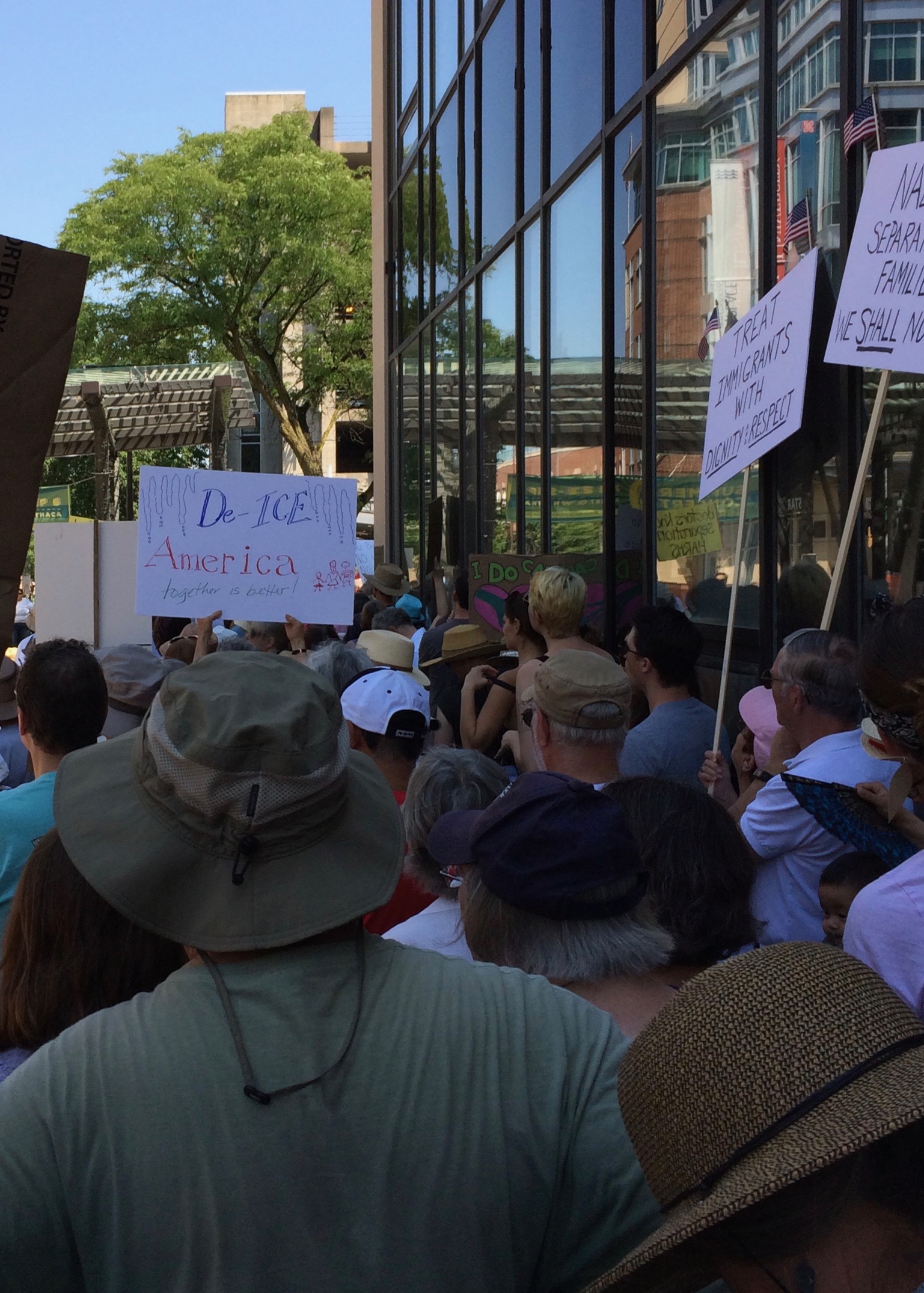 Does The Core of the GOP Care At All About Democracy?

I can’t remember a time or an election that has more meaning than this upcoming one. Last week, the faux hearings on Judge Kavanaugh made this abundantly clear. We will be voting soon not only to elect representatives to Congress but to save and hopefully expand democracy. We will be voting to save our rights and the very idea that the government should serve the people of the nation, not just the rich and the politicians.

We will be voting to save our planet, the future of our children and our sense of ourselves as caring beings. Everyone who cares about these issues must vote.

This is not hyperbole. We not only have a president and an administration that uses lying and distorting the truth as daily policy, but a president who attacks the free press constantly, calling it “the enemy of the people,” calls reporters who oppose him “disgusting,” and those who believe in the freedom of the press as “foolish people.” We have all seen and heard this repeatedly.

We have heard T attack the institutions that keep us safe, try to undermine voting, civil and legal rights, act for his own corrupt interest and not the nation’s, and even collude with the dictator of a foreign and hostile government to undermine our voting system.

Kevin Baker, in a recent article in the New Republic, describes what almost everyone who pays attention has observed: our politics has become open warfare, with the aim being not to serve the people but to make sure the other party never again comes to power. It is not to foster democracy and serve the people but to seize power and keep it, by any means.

The Senate hearings last week clearly showed there was no intent to get at the truth of what happened to Dr. Ford or to examine Kavanaugh’s qualifications for the Supreme Court. There was only the fight for power. How can you call something a hearing when the conclusion is decided in advance—when Mitch McConnell announces in advance that no matter what happens they will plow on through to pick Kavanaugh? There was no intention to provide a humane response to a brave woman clearly describing an awful attack on her.**

But what many of us forget, many of us who wonder how anyone could support T, is that a good portion of his supporters do not think living in a democracy is important to them. It is not only the President who does not care about democracy, free speech or a free press.

A Pew Research Poll in March showed that only 49% of Republicans thought a free press, with the ability to criticize the government, was important for a democracy. 76% of Democrats said it was important.

A recent poll from the Economist/YouGov showed something similar. It asked Americans if they would support “permitting the courts to shut down news media outlets for publishing or broadcasting stories that are biased or inaccurate.” Americans in general were roughly divided, 28% in favor, 29% against. When looked at through the lens of political affiliation, 45% of Republicans were in favor of the idea. About twice as many Democrats and Independents opposed the idea.

The T administration has even removed language about freedom of the press from its guidebook for U. S. attorneys.

Now, I have to admit that I think a “news media” organization should seek as much of the truth as possible, without political or other bias. But how will something like bias be determined or who will do it, especially with an open internet? How will a diversity of viewpoints be protected as we protect the nation from “fake news”? Is the only way to accomplish this through better education in critical thinking, compassion, and agency?

And when we combine these poll results with T’s attacks on anyone who does not support him, and the sycophantic support he gets in public from almost every GOP politician, we reveal an enormous problem.

Almost two years ago, just before T was sworn in, Diane Rehms had a show on the question: Is Liberal Democracy now a stable form of government? What movements in Europe and the US are primary threats to democracy? It was possibly her last show on NPR. The speakers on the show (Moises Naim, Alina Polyakova, and Yascha Mounk) discussed how many Americans have begun to take democracy for granted. Would they say this today?

Mounk and the other speakers speculated that many millennials do not understand what most alternatives to democracy might be like— what it would be like to live under a dictatorship or an oligarchy, for example, where the “people,” or the majority of citizens of a nation have no institutionalized source of power. They do not grasp that a dictatorship or any form of one-man or one group rule means the loss of many rights and freedoms. They never fought or lived under a Fascist government, for example. In fact, there are a few GOP candidates running for office in this country now who espouse Fascist policies.

Although a Pew Research Center Poll shows millenials to be the most liberal generation in the U. S., in many respects, there is some disturbing evidence against that interpretation. According to Jean Twenge, a Professor of Psychology and author, nearly two fifths of Millenials (born 1980-’94) and iGen (1995-2012) voted not just for a GOP candidate but one “affiliated with a white nationalism many thought had died out long before iGen was born.”

Democracy only works if a great majority of citizens take an active part in politics and their communities. We are learning, now, how much we need to research and think about the issues, imagine and value diverse viewpoints, consider the well-being of others as part of our own well-being, and act and speak up to hold our political representatives accountable.

And we must vote. We must vote to preserve the possibility that we will have a meaningful voice in the future. On November 6th, all 435 seats in the House of Representatives and 35 in the Senate will be contested. We must encourage every one we know to vote. We must think about it as a national imperative, if necessary even take the day off to do it. We can not afford to be complacent, like many were only two years ago. There is little or nothing that is more important right now than voting for those who will oppose the present administration and strengthen democracy. This is a grand opportunity to act. be strong, to stand up. We can do this. This is not hyperbole.

**Senator Flake called for a pause in the rush to vote, in order to allow for a limited FBI investigation of Kavanaugh—for one week. One week! Will this be just a ploy to allow those in the GOP with a disturbed conscience an excuse to vote for a candidate they know to be unfit? Or will it lead to an end to or even an easing of the now bitter war for power? If the latter is true, then the inspiration provided by one woman’s bravery might help save US democracy.

***This post was syndicated by The Good Men Project.