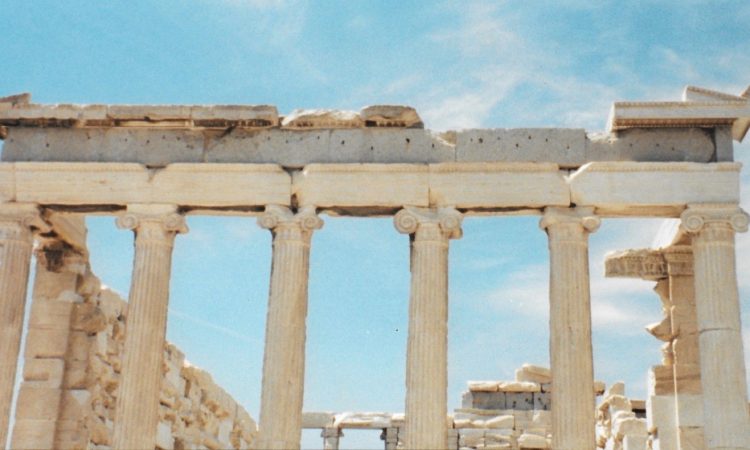 Happy New Year! And May the New Year Bring A Renewal of Democracy.

The speakers on the Diane Rehms Show (Moises Naim, Alina Polyakova, Yascha Mounk) discussed how many Americans have begun to take democracy for granted. Yascha Mounk said that, when asked how important it is to live in a democracy, more than two thirds of Americans born in the 1930s said it was of top importance, ten on a one-to-ten scale. Fewer than one third of Millennials (born since 1980), in the US, think it important to live in a democracy. They probably do not understand what most alternatives to democracy might be like— what it would be like to live under a dictatorship or an oligarchy, where the “people,” the majority of citizens of a nation, you and I, have no recognized or institutionalized source of power. They never fought a Fascist government, for example. They do not understand that democracy in a large, diverse nation, means compromise, and are focused only on the negative side of modern US democracy. They do not understand that once the institutions of a democracy are undermined, it is extremely difficult to build them back.

What is happening in the US and elsewhere has been building for years. I have written about how corporate interests have been undermining public education, and the whole idea that a public institution can often work more consciously and efficiently for the common good than a private one. Many Republicans have been working for years to undermine the idea of the Commons (resources and institutions reserved for the common good), voting rights, Congress and the value of the Federal government. In the last election, they took it further. They didn’t aim just to win votes. They aimed to end democracy. North Carolina illustrated this just a few days ago as the Republican state legislature passed bills to take away much of the power of the newly elected Democratic governor.

Imagine what politicians would do if there were no checks on their power. If the opinions of the mass of people were no longer considered relevant. If political and social freedoms, and human rights, ceased to exist. Many of us thought that was the state of affairs before Trump. Well, I think we have realized we weren’t thinking clearly enough. Trump’s cabinet choices give us a better idea of what the end of American democracy might be like.

It is not democracy, not the concept that the people of a nation have to take part in ruling themselves that is not viable. It is that the world is complex and not everyone wants to face that. It is too easy to favor security, favor material stability over the mental, emotional, and spiritual development that a true democracy requires. I know I would sometimes prefer to have nothing much to do other than eat, play, sleep, be with friends and family. But then I wake up and want to act, to notice and create beauty in the world, to do something meaningful for others, or learn something I’ve never known before.

To be a citizen in a democracy requires a commitment to taking responsibility for knowing not just who or what to vote for, but when to take more action. It requires knowing and feeling that one’s life and well-being can never be separated from the well-being of other people and the world around us.

It requires a commitment to an education that is not only about how to learn and think critically, but how to be informed, engaged citizens. We need schools that engage students in being democratic, not just studying democracy. Only then can we have a democracy.

**If you’re a secondary school teacher, this program by Diane Rehms, or segments of the program, can stimulate wonderful discussions in your social studies classes on government, American culture, or an English class on contemporary literature, for example, or a class on how humans relate to each other. So many essential questions wait there for you and your students to uncover. You could ask them to sit, maybe close their eyes, focus on their breath for a second. Then let the word ‘democracy’ come to mind. What thoughts, images come to mind? Or let them free write on the subject. Then share and discuss their responses.

**What does ‘democracy’ mean to you? How did the speakers define democracy—and do you agree with their definition? What is a ‘liberal democracy’? Do you think democracy is threatened today? If so, by what? Do you take democracy for granted? Your friends? Why would Millennials possibly value democracy less than those who were born before World War II? What are other forms of government besides democracy? Does our government work well for you? For most Americans? For the rest of the world? What, if anything, is valuable about democracy that should be preserved at all costs? What is needed for democracy to work? Do the speakers imply that there are no forms of government that are possibly better, for the majority of citizens, than democracy? Do you agree?

A few good quotes for the New Year:

“We did not hesitate to call our movement an army. But it was a special army, with no supplies but its sincerity, no uniform but its determination, no arsenal except its faith, no currency but its conscience.”
― Martin Luther King Jr., Why We Can’t Wait

“We’ve got to make change our national pastime and hold protests more regularly than weekend parties.”
― Rivera Sun, Steam Drills, Treadmills and Shooting Stars – a story of our times –

“Our strategy should be not only to confront empire, but to lay siege to it. To deprive it of oxygen. To shame it. To mock it. With our art, our music, our literature, our stubbornness, our joy, our brilliance, our sheer relentlessness – and our ability to tell our own stories. Stories that are different from the ones we’re being brainwashed to believe.

The corporate revolution will collapse if we refuse to buy what they are selling – their ideas, their version of history, their wars, their weapons, their notion of inevitability.

Remember this: We be many and they be few. They need us more than we need them.

Another world is not only possible, she is on her way. On a quiet day, I can hear her breathing.”

“But I suppose the most revolutionary act one can engage in is… to tell the truth.”
― Howard Zinn, Marx in Soho: A Play on History

Like81 I woke up to snow, huge flakes dancing, not falling, but spinning in the wind. Playful. I haven’t seen the heavens be so playful for years. But here it is, the earth dancing. To see trees and people, snow and wind, different ways of being coming together, dancing together. And now the sun shines.…

Like81 I’m sorry but I couldn’t watch the whole annual speech to our nation by the President. I did listen to a few news reports and analyses and read parts online, and a PBS fact check.   DT talked about the “Great American Comeback” while for three years he has been destroying our future, undermining the protections…

Like81 There was a time just a few years ago when people in the US felt the world was relatively set and would continue largely as it was. People found meaning in their careers, not through political action. It was easy to be complacent. If you had a home, enough to eat, owned a TV…

Like81 A week ago, on the NPR Diane Rehms Show, I heard a beautiful example of a self-refuting statement spoken live on the radio. I didn’t realize what I was hearing right away, although the quote certainly caught my attention. The show was a panel discussion answering the question, “How are journalists rethinking their role…

Next ArticleLazy Or Miraculous? Both?