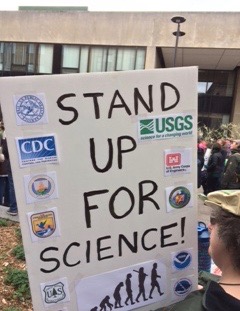 Reports tell us DT is sick with COVID-19. After he disdained and lied about it for 10 months, it is not surprising that he now has to face those lies. I don’t know when (or if) he will recover or how he will try to spin his illness, or even if or how badly he is sick.

But if he or his followers try to use the illness to feed some narrative of martyrdom, we must remember it will be a martyrdom that he executed on himself. Or if he continues to claim the virus is no big deal, “Don’t be afraid of Covid,” or that, due to his sickness, “I get it”– we need to remember who he is and that he does not get it.

If any of us have forgotten, he:

Saturday morning, I was listening to Scott Simon on NPR’s Weekend Edition. He said it beautifully:

“There is so much suffering in America now. More than 200,000 people have died in this pandemic, tens of millions of people are out of work, and lines of people waiting for food stretch across this famously abundant country. Millions struggle just to keep going, as the list of aides and admirers who have been close to the President recently and tested positive grows almost hourly.

Maybe President Trump’s diagnosis, and that of so many around him, can remind Americans, in a way his denial has not, that the coronavirus is real. It won’t just disappear. We have reported on the lives of so many people who have died in this pandemic, and each time you grieve for a good life lost, and the hole they leave in so many hearts.

The president will get the best care possible. The American people deserve the same.”

Although his illness has captured media attention and distracted many of us from his disastrous debate performance with Joe Biden, his failure to pay income taxes, etc. polls have so far shown that a majority of the American people recognize the threat DT poses to us all. He has been losing in the polls since the beginning of the campaign, but the debate put him further behind. And polls taken since his illness have shown that a people tired of and angry at his malignant myopia are not so willing to give him the sympathy he expects.

In a now infamous quote, in 2016 DT claimed he could “stand in the middle of Fifth Avenue [in New York City] and shoot somebody” and not “lose any voters.” He was that confident in the support of his base, and crass and uncaring enough to brag about it. Well, now he is responsible for thousands of deaths, through his malignant refusal to listen to scientists, to care about others, and to act responsibly to fight the pandemic. I hope the American people care enough to hold him responsible.

Reports say he is sick, and I am sorry if he has the illness, but he has been sacrificing people to his own greed, and contributing greatly to making the nation physically, psychologically and politically sick for years. As I wish for his recovery from the coronavirus, I also fervently wish for the nation itself to recover from him⎼ and overwhelmingly vote him out of office.