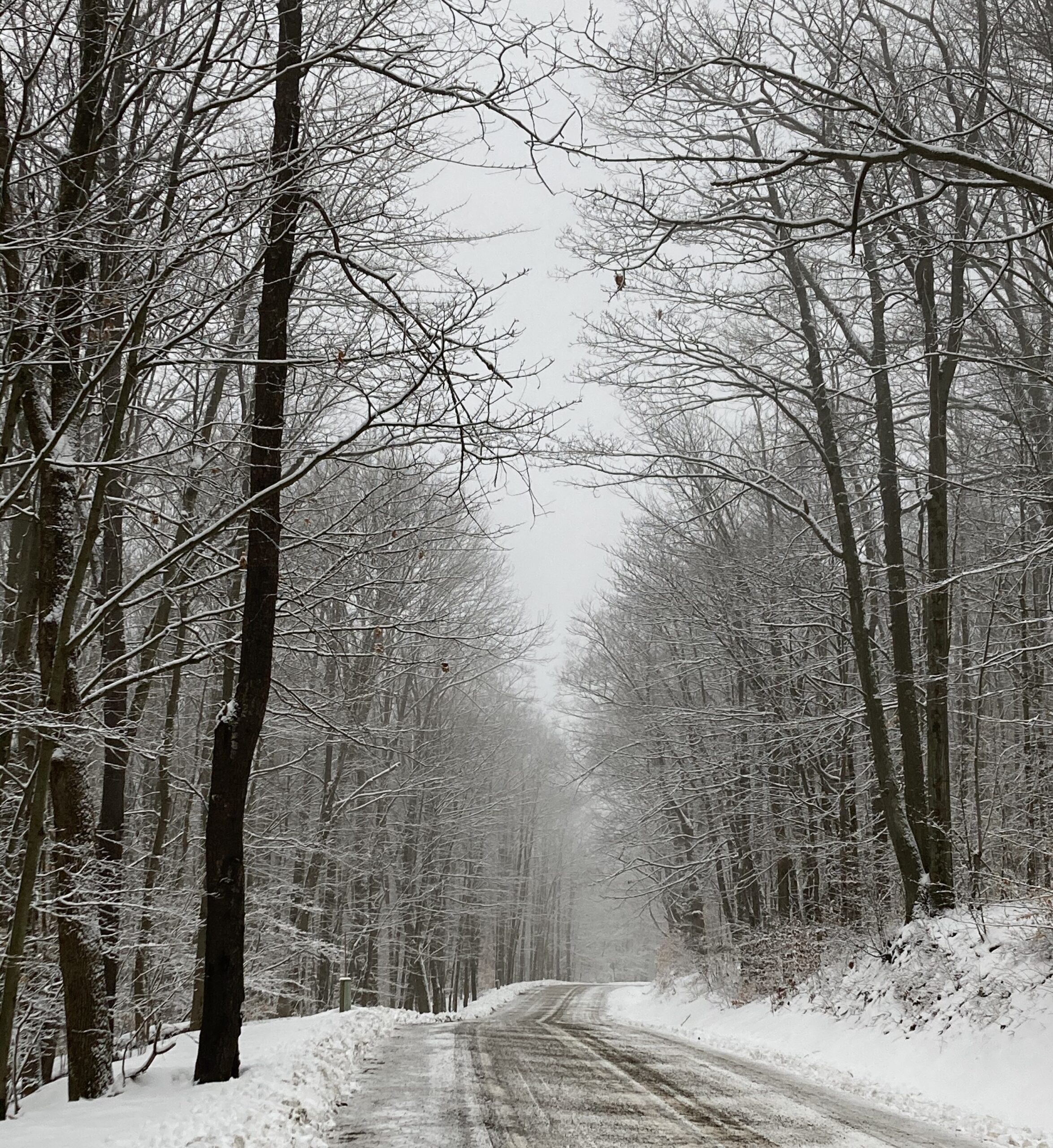 When Trees Speak: The Dark Does Not Descend on Us. It Emerges from Inside Where Eyes Meet Others

My wife and I took a long walk late in the afternoon. The sky was mostly dark grey. It had rained earlier, with a touch of snow. With the dropping temperature, the rain turned to ice, which coated all the bushes, tree branches, and electric lines. There was just a hint of the setting sun, but that hint was reflected and augmented by the ice, so everywhere we looked there were individual hands and fingers of light, thousands of them.

As the light disappeared further, instead of the dark descending on us from above, it was as if it emerged directly from inside everything we noticed⎼ from each tree or bush my eyes met or from the road itself. Details and colors, and the remnants of light icing the branches seemed to be sitting on darkness and winking out.

In previous years, during the winter I did not often go outside to exercise. It takes heavier clothes and boots, mittens, and hats, and the road and paths are often slippery. I used to work out in the gym or martial arts dojo. My wife did yoga classes. Now, due to the coronavirus, especially with new and more virulent strains⎼ and the vaccine so close yet not widely available⎼ our home is our gym and we hike steep hills in almost all sorts of weather. An added benefit is we also see our neighbors more than we used to, or at least the ones who walk.

Walking has become a stable part of our day, not only a way of getting out of the house and getting exercise, but a classroom and a way to constructively structure time. As we walk, we study how the light plays with the road and trees, and how the trees play with sound. By paying careful, mindful attention, we better understand and feel more at home wherever we are.

It’s usually so quiet we can hear the other residents of the road. Three ravens live in the pine forest and often fly over us, speaking with their hoarse cry. The trees speak with unexpected voices. The pine forest occasionally makes sounds like a cat calling out. When I first heard the sounds, I responded, shouted out the names of my cats to see if one of them was in there. But no cat emerged. Other times, especially when it was windy, the pines sounded like wind chimes. Further up the road, a very different voice. Oak, maple and ash trees leaned into each other, speaking in groans, sighs or whispers. Each tree or pair of trees had its own voice.

When we arrived home today, the mail was waiting for us. It was not just ads but a package. A new book, or actually an old one I had to search for, a translation of The Four Chinese Classics, by David Hinton. I took off my coat and gloves and sat down, excited to see what the book would offer.

I opened to a random page. It was in the Chuang Tzu, one of the two most important books of Taoism, and read the following passage spoken by an adept named Piebald: “In the awesome beauty of mountain forests, it’s all huge trees a hundred feet around, and they’re full of wailing hollows and holes⎼ like noses, like mouths, like ears, like posts and beams, like cups and bowls, like empty ditches and puddles… When the wind’s light, the harmony’s gentle; but when the storm wails, it’s a mighty chorus.” …

To read the whole piece, please go to The Good Men Project. 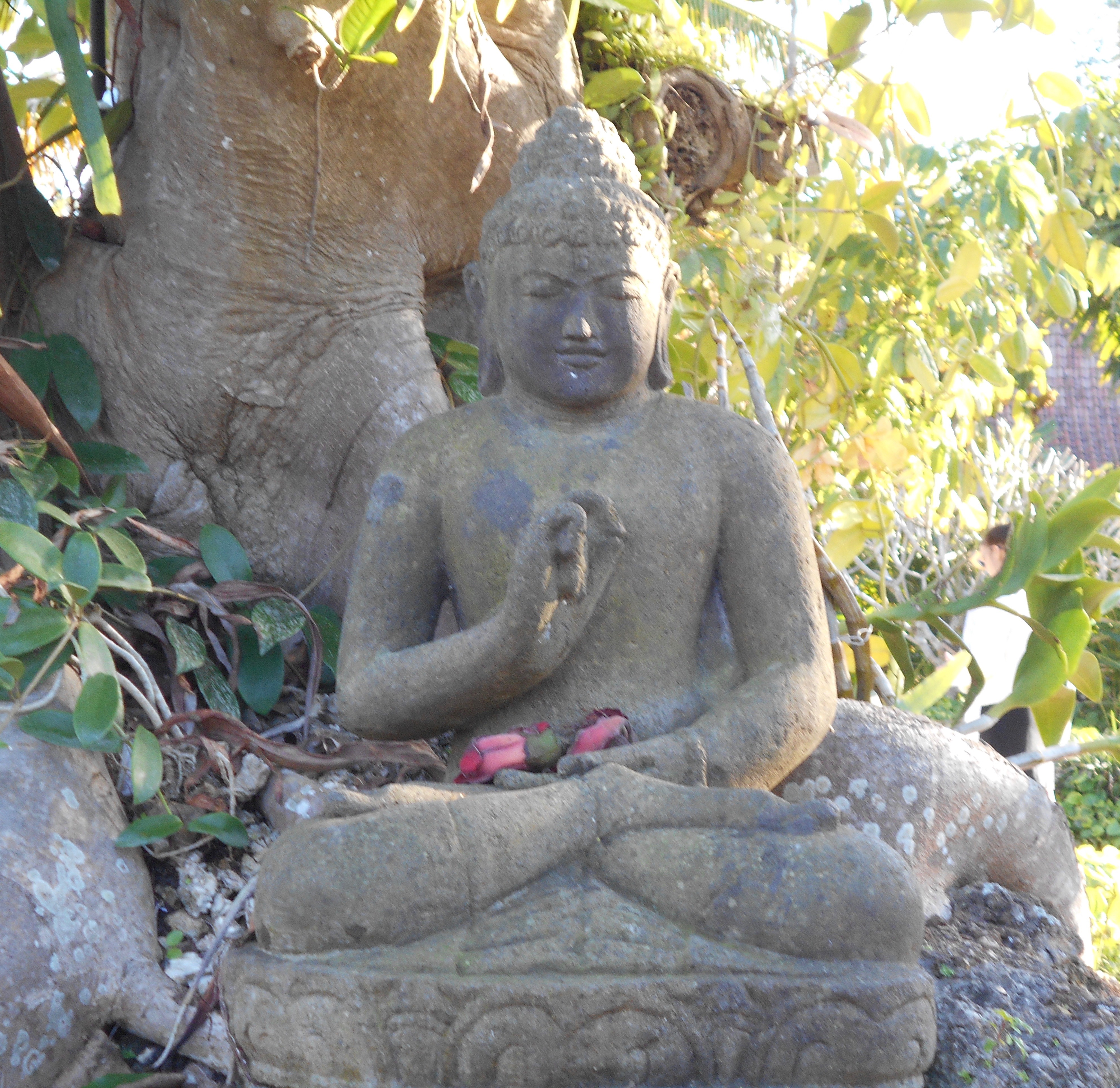 Mindful Practices to Use Throughout the Day, To Help Us Face the Coronavirus Crisis

If we take control, plan our days and our time and our actions, then we can feel more powerful. We can do something. We grow stronger.

And as teachers, we have a unique opportunity and responsibility not only to stay healthy, develop our own practice and maintain as clear a mind as we can, but help our students and their families do the same.

Due to the school closings throughout our nation and world, we may have more time on our hands and have to decide how we’ll use that time. Or we may be expected to continue ‘business as usual’ by suddenly coming up with ways to teach online.

When we wake up every morning, although we aren’t usually aware of it, we have a choice. Every morning we can choose how to greet the day.

We can decide what we must do or could do and the best time to do it. We can tie activities that are more unusual or difficult with things we already do, like waking up, going to sleep, and hopefully, eating meals. We can use the activities we do daily already as the basic structure to add the new to the old.

[Teachers, please note: As with any guided meditation or visualization, please try these practices yourself before sharing them with your students. Imagine how your students might respond and make adjustments to fit their needs and history.]

If You Want to Practice in the Morning

When you wake up, you might feel fresh and ready to go, or feel tired, lethargic, or stiff. In any case, your mind is probably clearer in the morning than later in the day. Your body also needs gentle stimulation and stretching. So, it’s one of the best times to do a little exercise and then a mindfulness practice.

To read the whole post, please god to MindfulTeachers.org.

Mindfulness in the Car, the Gym and Anywhere Else: A Great Gift to Yourself and Anyone You Interact With

Several years ago, I was in three automobile accidents, and was not the driver in any of them. On two of the occasions, I was sitting in the passenger seat. One of the accidents was particularly frightening. I was in a van driving on a smaller road during a harsh snow storm in the Berkshire Mountains of Massachusetts. The driver took a turn too quickly and slid towards a cliff but managed to stop before going over the edge.

After the third accident, I felt tense whenever I had to drive anywhere. A friend recommended I pause before getting in the car and try to calm myself. He wasn’t a mindfulness practitioner, just a friend concerned for my safety. So before starting the car, I would sit in the driver’s seat, close my eyes, and simply feel what I was feeling. For maybe two minutes or so, I would notice any sensations that arose, where or if I felt tense, and if my breathing was fast or slow. Then I’d review in my mind the route to where I was going.

This practice stopped the chatter in my mind and the tension in my breathing. It allowed me to drive with more awareness and with a sense of freshness, as if driving was a relatively new and enjoyable experience.

Before going to work was another good time to take a pause in what I was doing. I was a teacher for almost thirty years, and would get to school, step out of the car, and just look at the school, the trees, and the hills. The school was up on a hill, and I could see the city spread out below. I’d take in the view and appreciate it. Taking a moment to breathe in and appreciate what was around me allowed me to then enter the classroom with more clarity. When the students saw me as comfortable and open with them, they were more comfortable, appreciative and open with me.

Practicing mindfulness in your house, at a pre-selected time, and isolated from distractions is one way to practice. It trains your mind and body to monitor feelings, sensations and thoughts and be more aware, present, and comfortable in your life. But little momentary practices throughout the day, reminders, pauses, helps spreads mindful attention throughout your life….