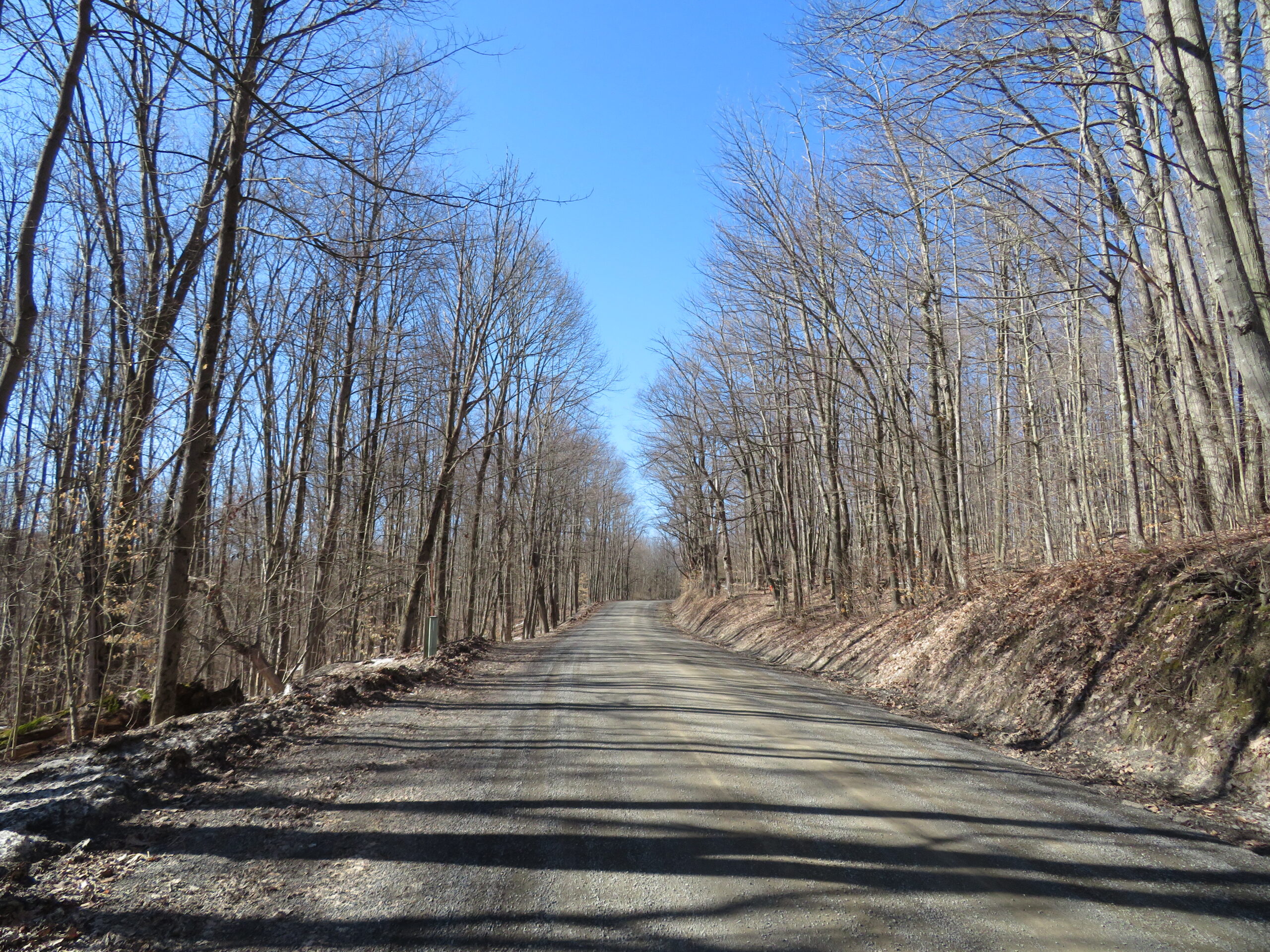 The wind can storm, tornado, hurricane as well as breeze. It can frighten or comfort depending on what shape it takes, or we take in our response. It can also play tricks on our hearing.

I was walking up a portion of our rural road that is forested on both sides, and suddenly I heard and felt a roar of sound, like thunder, or like a massive truck was headed in my direction. I looked around and there was neither a truck nor a storm. All there was to see were the trees, some bending, moving in their own way, and the sky, a clouded blue. But what a sky it was. And those trees, so stiff and yet firmly rooted. And my attention now so awakened by their thunder.

A road can become a funnel for sound. When I served in the Peace Corps in Sierra Leone,I lived in the bush off the unpaved main road. Between villages, huge trees covered the road on both sides. I could hear a truck coming from many miles away. Flagging down a lorry was the only way for anyone in the village to get a ride anywhere. So, if I was intent on going somewhere, I could go into my house, finish packing a bag, and walk leisurely out to the road in time to flag down the lorry for a ride.

Hearing, like smell, is a sense that spreads out on all sides. We can home in on a sound by moving our head. But unlike sight, which is mostly aimed directly in front of us, or touch and taste, hearing sweeps our entire 360-degree sensory environment.

Each part of the day has its own music. We hear the morning, for example, not just see it. In the spring and summer, birds, and in warm weather, cicadas welcome the rising sun. When I lived in Sierra Leone, as sunrise approached, the jungle awoke with an increasing volume and variety of sounds, culminating in a concert of insects, birds, possibly monkeys and other creatures. It felt like the earth itself was waking up, a mouth opening to speak. The dusk is another time the world clearly speaks to us. What does an eye or an ear opening and closing sound like? Is one sense a chorus for another or do different qualities of light have a specific sound component?

For some of us, yes. Synesthetes, for example, can see or feel sounds. A strong wind might be perceived as a specific color.  The word ‘synesthesia’ derives from the Greek meaning “to perceive together.” People who have the condition unite or switch sense modalities, hear color, or taste sound. The condition is rare, about one in 2,000 people share it. It is a biological condition, not a hallucination; it runs in families, and is more prevalent in women.

What is the weight of thunder? The shadow of a car horn? The taste of the words we speak?…

*To read the whole article, go to The Good Men Project.