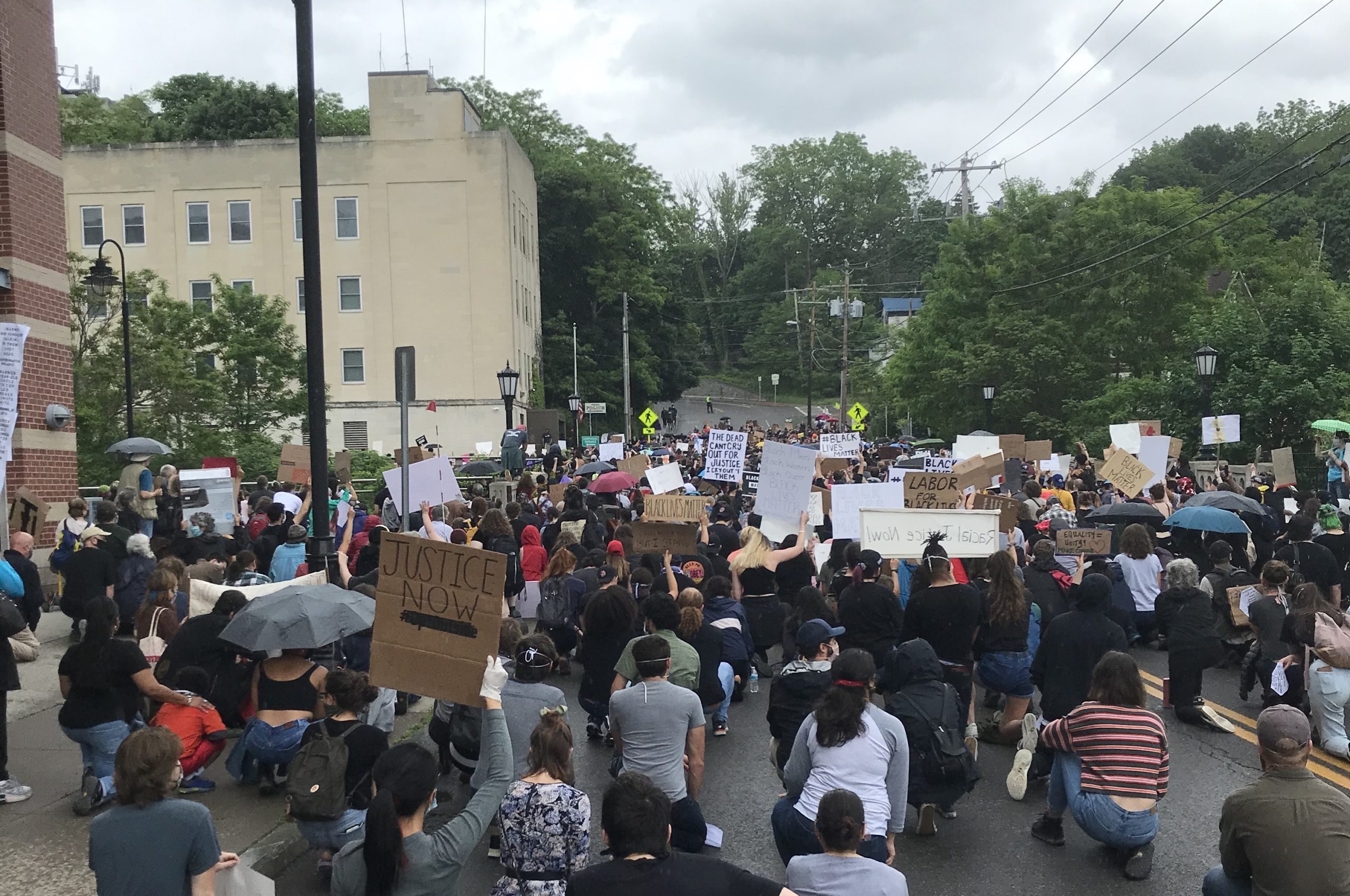 Since the murder of George Floyd on May 25, I have been reminded again and again that if we want to understand something at more than a surface level, we must feel, not just think. Or imagine and feel our self into the experience we are hoping to grasp. Not that we can always get it by using empathy, but we can grasp that we don’t get it. In the past, I kept myself at an emotional distance from the reality of racism. But we pay a price when we don’t let the fact of another’s pain touch us.

Pain is uncomfortable, but it is something we all share. We know this. We each have our own memories, our own experiences, our own type and weight of pain. Too many have way too much of it. But the actuality is something we share.

Sometimes, pain is too much to face and we put it aside in fear it will overwhelm us. Sometimes, the moment is not right.  And as a white person I can enjoy a sense of safety that others are denied.

But sometimes witnessing pain can crack us open. Our own wounds cry out: we, too, could be feeling this. One person’s suffering touches our own and reminds us who we are⎼ reminds us maybe we’re all not siblings, but we are all human beings. And we deny this at our peril.

I’m not sure of much right now but I feel this very strongly: this time, right now, is our best hope to address hundreds of years of racism, of pain and injustice. And by doing so, by taking action, we save this nation from becoming something even more awful, of becoming a full dictatorship or a white nationalist state. We save the possibility of what Martin Luther King called the “real promises of democracy.” Racism is at the heart of what has undermined democracy and the rule of law in this country since it was first conceived. How can we have a rule of law when violence against some is built into the system supposedly for all?

The murder of George Floyd and the protests are making clear to so many how much racist violence is built into our society. On Friday, Rayshard Brooks, a 27 year old African American, was shot by police in Atlanta. There have been 11 other murders of Black people during the protests. There’s Marvin McAtee, who was cooking for people in his restaurant and went out his front door to see what was happening with the protests when he was shot by either police or the National Guard. Dave Patrick Underwood, a security guard at a federal courthouse, was killed by a drive by. Italia Kelly was shot as she was leaving a protest. And on and on. African Americans are killed by police at a rate far disproportionate to their numbers.

Even during the protests against racism, armed black men were arrested recently while armed white men avoided charges. Earlier, armed white nationalists were emboldened by the President. Last week, in mostly African American counties in Georgia, lines at polling places were up to 7 hours long, machines didn’t work, absentee ballots showed up late, etc. The GOP in Georgia have long been accused of purposefully working to make it difficult for African Americans to vote.  And that is just one example of GOP voter suppression. Afterall, for DT, voting is not a right guaranteed by law and the constitution, but an “honor”.

And there’s COVID-19, which has not only exposed the racism, inequities and failures of our health system, but the malevolence and incompetence of the DT administration. African Americans have died from the virus at 3 times the rate of whites. The White House claims this is due to underlying health conditions common in Black people, like diabetes. But the statistics show another underlying condition- racial inequities, like lack of access for testing and treatment. There are even inequities in data from the DT administration, which until this past week failed to keep statistics on the relation between race and deaths. The data we do have comes mostly from independent investigators and states. African Americans have also been hit extremely hard by the economic consequences of the pandemic.

We have seen DT use racism, along with sexism and other forms of hate and division, to capture and keep power⎼ and keep his face and voice in the front of the news cycle. His comments about Charlottesville, attacks on women of color in Congress, reporters, judges, etc. have filled headlines. To DT and his administration, we, those not rich and white, are merely chattel, “stock”. He has worked continuously to transfer wealth and power from the lower and middle classes to a small group of those rich and white.

Only over the last few weeks has he been pushed back to second or third place in the news. But he is trying to recapture attention. For example, he scheduled a campaign rally on June 19th, Juneteenth, the day celebrating the end of slavery in this country, in Tulsa, home of the Tulsa massacre. Then he decided to reschedule it. The very idea of the rally was so outrageous that it captured much attention. He is, for many of us, the face of awful. But this makes him, for others, their savior.  As reported in the New York Times, Omar Wasow, an assistant professor of politics at Princeton, said that there’s little reason, considering his history, that DT planned to go to Tulsa of all places “to try to ease intercommunal hostility rather than exacerbate it.”

Likewise, he outrageously scheduled a discussion (and fund raiser) in Dallas to talk about policing, but did not invite the African American Chief of Police, Sheriff, and District Attorney.

He first tried to destroy the protests with the military, then tried to steal their power with an executive order banning choke holds except when an officer’s life is at risk, and establishing a data base to track police misconduct. It is amazing that he took this step. But Business Insider and others noted, his order was “more about optics than making major changes.”

The pressure of protests in the streets is working and have spread worldwide. They have forced the people in power to recognize Black Lives Matter and they have reminded the rest of us our voices matter. Minneapolis is now planning to replace its police department with a community-led model. Many states, like New York, are reforming policing. Iowa passed reform legislation in just one day. Choke holds are being outlawed and the legal prohibitions for prosecuting police are being questioned and, in some places, dismantled. The House has introduced legislation to overhaul police policy and add accountability.

Racism has undermined the humanity and promise of this nation since its inception. But right now so much is on the table. The officers who murdered George Floyd are one face (amongst too many others) of racism. DT is another. Besides going after African Americans, Latino, Asian and Native Americans, DT has gone after Muslims and Jews. He has gone after women, seniors, transgender people, etc. Who is next?

So all of us, including those of us who are white, would benefit morally, emotionally and politically by ending racism. We benefit by actively supporting and joining the protests against the murder of George Floyd, against police brutality of people of color, and against the murder of justice.

Syndicated by The Good Men Project.

**Photo: thanks to Gary Bercow.