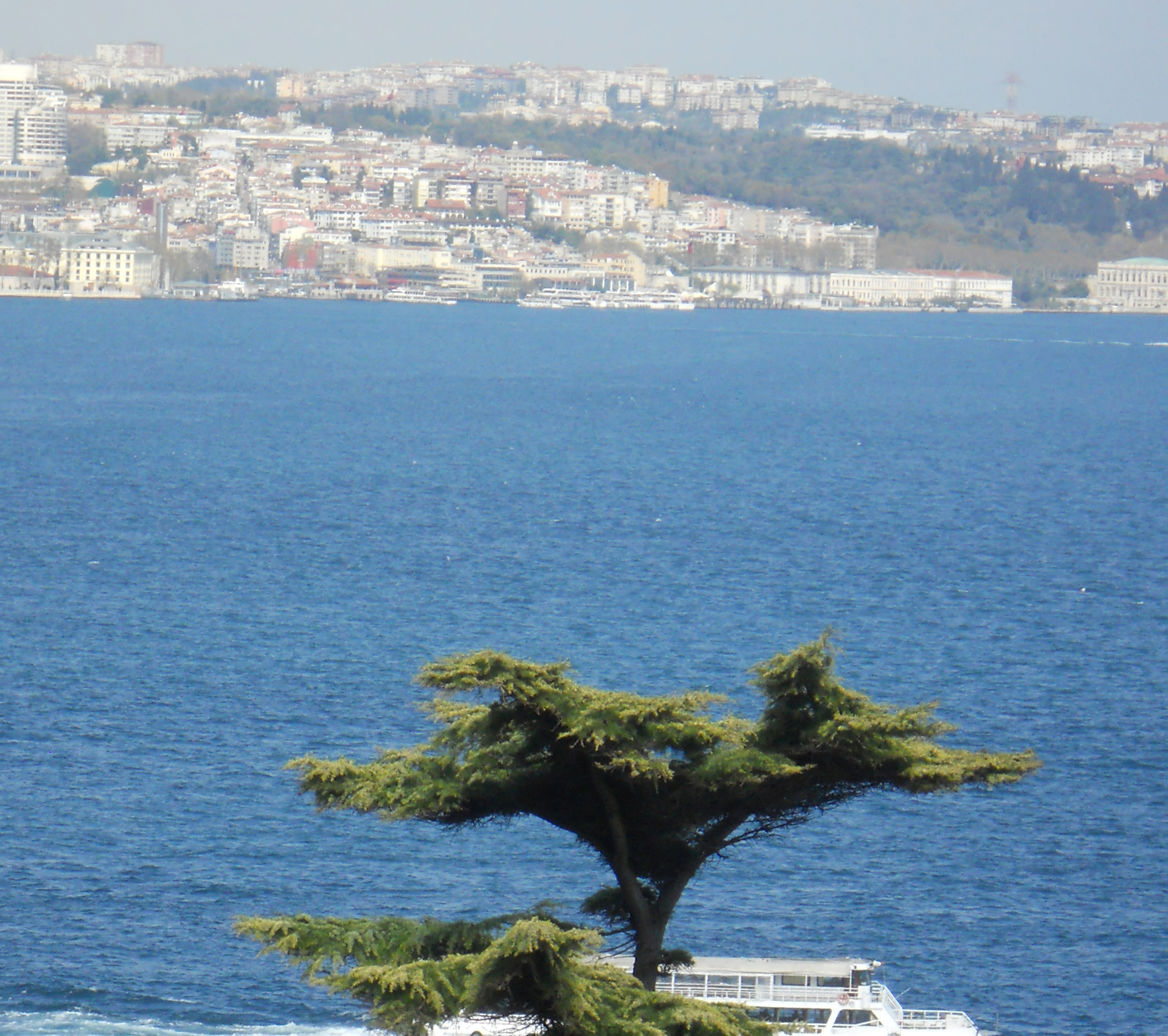 My cats Milo and Tara often wander the world with me. If I sit at my computer, they sleep nearby. If I go outside, they follow me. They seem to like simply being in my presence. I sometimes feel a very silly sort of happiness seeing them sleeping by my feet. This happiness doesn’t just happen with cats, although the people I know luckily don’t follow me around or sleep at my feet. I love simply being with my wife, family and close friends. When I was in the Peace Corps in Sierra Leone, I lived in a big house by myself in a relatively small village in the bush. When I first arrived, there were no other Peace Corps people or friends within miles. A few of the villagers liked to come and sit with me. If I talked with them, they would often leave. When asked why they came, the response was that they didn’t want me to feel lonely. Talk was unnecessary, even an obstacle. What is it about presence that is so satisfying?

What is presence? It is certainly not well defined. Is it about feeling safe? My cats feel safe with me, I hope. I certainly feel safe with them—and certainly with my friends and wife. I can relax and open up. There is little or no need for pretense. Presence is an absence of pretense, a type of mirroring back. One party opens, trusts and the other feels it and gives it back. One hears, sees, feels and is in turn heard, seen, felt.

Presence is not just being in the same space with someone, and not just with other beings. It can be on one’s own or with any place, object or situation. Recently, there was an opinion piece about presence in the NY Times called, “Being There: Heidegger on Why Our Presence Matters.” The author, Lawrence Berger, said many cognitive scientists argue that, “We are information processors rather than full-bodied human beings.” For these cognitive scientists, human beings don’t experience anything “outside” us, like another person or a tree, directly but only some sort of “internal” representation of it created by our senses and brain. We supposedly respond not directly to the tree or person but the representation. We are, in principle, locked away from the world. What is ultimately real are the physical and physiological processes, synapses, neurons, myelin sheaths, not presence. But on other “levels,” we can speak of electrons jumping around, or on another there are chemical interactions, etc.. So, isn’t each person a universe of multiple perspectives? Aren’t each of these perspectives equally about what’s “real”? And isn’t one of these perspectives, and an important one, the sense of a face lighting up in your presence?

One neuroscientist mentioned by Berger said that conscious awareness is “a cartoonish reconstruction of attention that is as physically inaccurate as the brain’s internal model of color.” These cognitive scientists remind me of different, older theories which “reduce” consciousness to something mechanical, physical and measurable. For example, the behaviorists of the early twentieth century argued that consciousness could not be studied and was irrelevant to explaining human behavior. It had no causal significance. Human behavior, they theorized, is conditioned, basically “programmable,” like machines. This position led to some important discoveries but also abuses.

The cognitive scientists focus on the mechanisms of what happens in the body when we attend. For Heidegger, a 20th Century phenomenologist philosopher, attention is not just selecting what in the world we take in, but what becomes present to us, or what takes on life, being. The “beingness,” or the mere sense of aliveness becomes primary. Attention is not just selecting what we pay attention to and with what strength or intensity, but the quality or the “feel of” that attention. So, if this is true, isn’t presence crucial for constructing meaning, understanding, and clear thinking?

Berger said, “When we feel that someone is really listening to us, we feel more alive, we feel our true selves coming to the surface — this is the sense in which worldly presence matters.” Presence is a recognition of our subjective experience as an event in the world, not separate from it. It is not just internal physical mechanisms or processes which have an effect. The quality of our awareness, our presence has an effect on the world.

And for scientists to say that conscious experience has no causal relationship to our behavior, or is merely a representation separate from a reality it simplifies and depicts, is untenable. To date, there is no clear or definitive understanding of consciousness from either science or philosophy. Anyone can theorize or have an opinion, of course, but must recognize the tentativeness of their position.

In my high school classes, I sometimes asked students: What are the implications of these different theories of consciousness on how you act or feel about yourself? If humans are totally programmable, would it be ethical or humane to hurtfully experiment on them and then just wipe away the memories of pain? What happens to how you treat other people when you conceive of them as machines, even computers? Which understanding of your own mind would best enable you to do school work—one which conceived mind as a cartoon, or one which thought of mind, consciousness as powerful?

And, you are never separate from the physical universe. If what you experience are representations you construct or cartoons you draw or theorize, this is an event inseparable from the universe that you construct. Thus, when “I” see “my” cat Tara, the perception is inseparable from me, Tara is inseparable from me. I and cat, (I-Thou) arise together. The theory by which I explain the universe is a metaphor I use to view and act in that universe. Thus, shouldn’t the effects on behavior of the theories you use be considered as part of the evidence by which a theory is evaluated?

If you’re a teacher, you must do the physical things, like prepare, bring in supplies, give clear directions and ask meaningful questions (and eat a good breakfast). But, as Berger said, you must also remember your “worldly presence matters.” For the student, the aliveness of the teacher, the caring, the “being heard,” the feeling that your is life mirrored, held and valued by the other—these matter. You model and teach presence and how to make theoretical questions “present’ or alive to your students. And when you do so, the mere act of listening with your whole being means you are heard, you matter. You give, you receive. This, I believe, is clear.

**The photo is of the Bosporus Strait in Istanbul, Turkey.