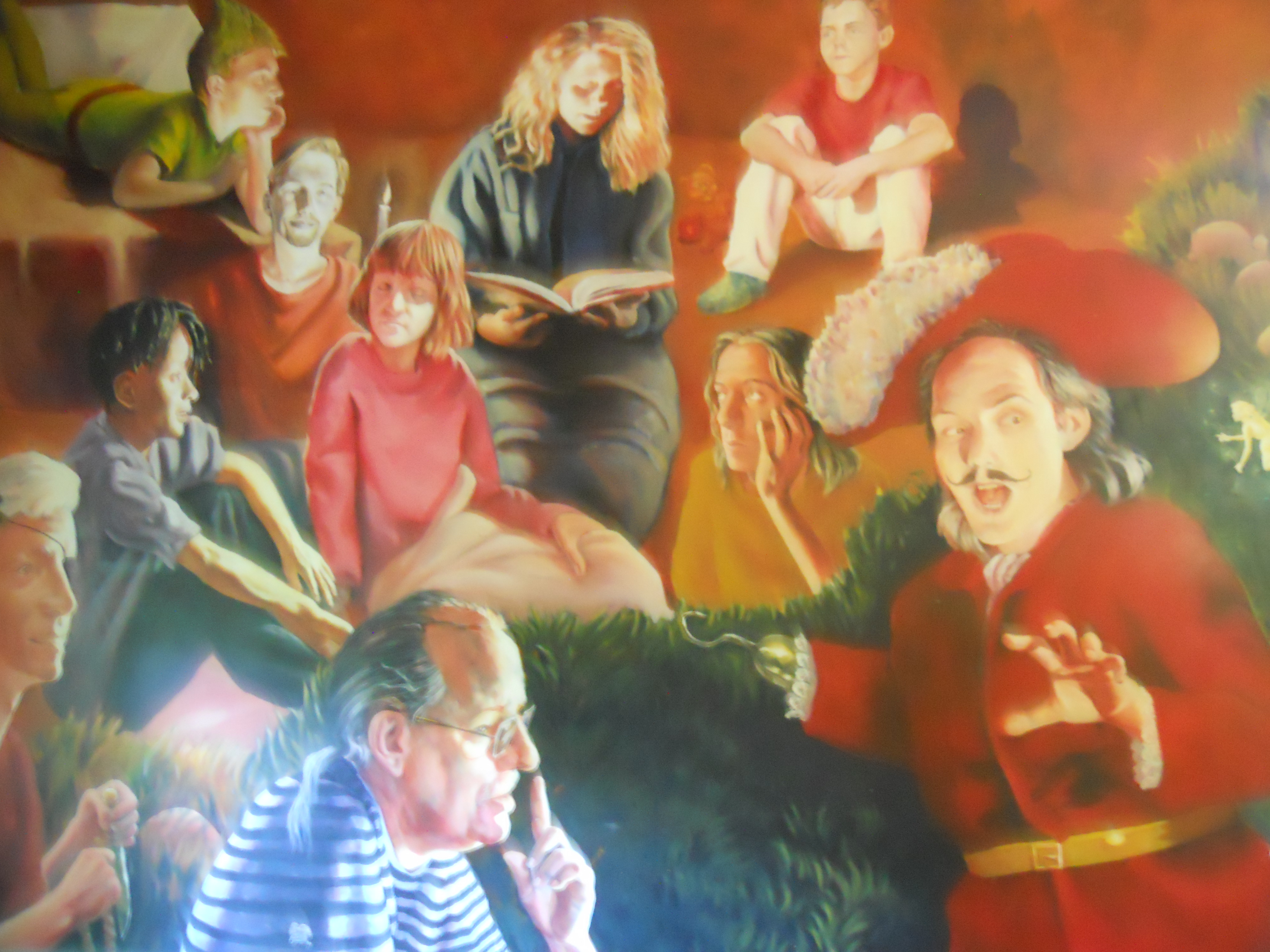 Musings On A Reunion, Dreams, and Compassion

For too many students, schools are like factories, large institutions where they are inspected, tested and rated until they are passed on to other schools or employers where they are further tested and rated. But for others, at least many students from The Lehman Alternative Community School, school was a place where dreams were born, where the education of the capacity for imagination, for feeling that life was alive with possibilities, had a place along with the capacity to think critically. This insight was inspired by a graduate of LACS, John Lewis who, when still a student, created a mural of Peter Pan characters whose faces were those of students and staff from the school, youthful dreamers dreaming.

Two weeks ago, LACS had its 40th Anniversary Celebration reunion. I went to the reunion thinking about all the dreams that students had had for their lives, thinking even about my own dreams, and wondering how many saw their dreams realized or felt happy with their lives. How many would remember the school, and me, fondly and think we had prepared them well for the world? As soon as I opened the door to the beautiful guest house where the first event was held, I had my answer.

But first, think about dreams. There are so many different. even conflicting, ways we use the word ‘dream,’ some positive, some negative.  Start with night dreams. They arise out of a mystery, or they often feel like a mystery, and arise when we are most vulnerable. They can feel like an expression of what is most intimate to us, unknown not only to others but even to our own conscious awareness. So, we often push them away. Many of us remember few dreams even though we have four or five cycles of dreams (dependending on how long we sleep) each night. So we live our lives surrounded by a largely unknown territory of our own making.

Then there are day dreams. By daydreams we can mean those moments when we drift from the reality of now into flights of fantasy. Or we can mean imaginatively exploring possible courses of action or the meaning of what we think we truly desire. We can use the mind like a chalkboard or play movies of our own creation in order to explore scenarios of what might be. We set our mind free.

How well we use our capacity to dream depends on how much we are aware of what we’re doing. After a night-dream, we might think of our self as the hero or heroine. But that can be very deceiving. We perceive or experience each scene in a dream from either the perspective of a character in the dream, someone who looks like us, or from a “godlike” perspective looking down on it.  We can take this person who looks like us for the self, but I think that is a mistake. I think that each dream image is ambiguous, probably in several ways, but one way is that each element of the dream is yours. You are not just the central character or any one character but the whole scene. When you have the nightmare of being overwhelmed by a flood or wave, you are not just the being overwhelmed but the force of overwhelming.  When you are hugged by the love of your life, you are hugged by yourself. You need to take in the whole perspective as revealing something about your self, not just one element of it.

And this gets us to the reunion. The reunion lasted from Friday night to early Sunday evening. Saturday included an ASM, an All School Meeting, as part of a Symposium on Education. At our school, once a week the whole school meets to discuss some issue or proposal or to share an event together. So this was a poignant blast from the past for many graduates.

Dr. Dave Lehman, the founding father of the school and first principal, brought a proposal to the group. In our school handbook (we call it a footbook, to tell us where we are going) we define the school’s mission as creating global citizens, persons of character who strive to be caring, kind, sensitive to others, trustworthy, recognizing when there is bias, and such. Dr. Dave proposed that we add compassionate. Quoting the Dalai Lama, he defined compassion as “concern, affection, and warm-heartedness;… the essence of compassion is the desire to relieve the suffering of others.” To take action to relieve suffering. We ignore our own inner lives—and the inner lives of others—“at our own peril.” The motion passed overwhelmingly.

In her introduction to the ASM, Diane Carruthers, the present principal, quoted Septima Clark as saying that “education is freedom.” I’d add, to go along with Dr. Dave, that the recognition of interdependence is freedom. Compassion is freedom. A graduate, Megan Hanna, helped develop this connection. She said that compassion for others begins with compassion for oneself. We are too often miseducated into thinking that our welfare is opposed to that of others and so we often feel torn, bound, isolated. Like in a dream, recognizing that the whole dream situation and all the characters in it are you is liberating. Compassion is liberating as it wakes us up to how important other people, relationships, our surroundings and the quality of our experience are to us. It allows us to open up in inconceivable ways. We ignore this truth at our own peril and the peril of our planet.

Certainly, one of the tasks of childhood is to bounce against boundaries. We test out where we end so we can discover where we begin. We begin this homework assignment as children but our education in this subject continues throughout life. We start life with no notion that we, or our needs, end, but soon we start thinking of the skin as our boundary, that we end at our skin. But one of the main functions of skin is to feel the world. And certainly, as teenagers, we feel. What we think of as our end is thus a beginning. We realize our own capacities not as much by opposing what is “outside” the skin but by contacting it. Only then can we know it. Even to fight something, we need to first know it. Our end, the skin, and the “rest of the world,” or, in reality, our capacity to feel, is thus where we begin.

And this is what the reunion showed me. Leaving the school was an opportunity for graduates to learn the meaning of their dreams, which includes learning the meaning of their schooling and community. We are always embedded with others in a world, like a dream character is embedded in the whole of the dream. Students said, both in the ASM and in private conversations, that what LACS did for them was allow them to be themselves. It gave them the freedom to trust and thus discover themselves and to speak from that process of discovery. It did the same for me and for other staff members. We staff members knew we were doing something meaningful for others. We trusted (with some careful watchfulness) and tried our best to nurture others and in turn were, as much as we could be, nurtured. What we gave we received.

I came to the reunion hoping to hear that every student was a success and their dreams realized, but students made clear to me I had an outdated notion of success. Success is not really about worldly recognition. The mark of a successful life is how we live, and how much we feel we play an important role in other people’s lives and they play a role in ours. It is how we deal with our struggles and the world. This all ties in to the mirroring quality of compassion: how we live with ourselves is mirrored by how we live with others. We are all, as John Perkins said, dreaming the world together. And in recognizing that, I think most of our students are clearly a success, or they’re on the way to it.