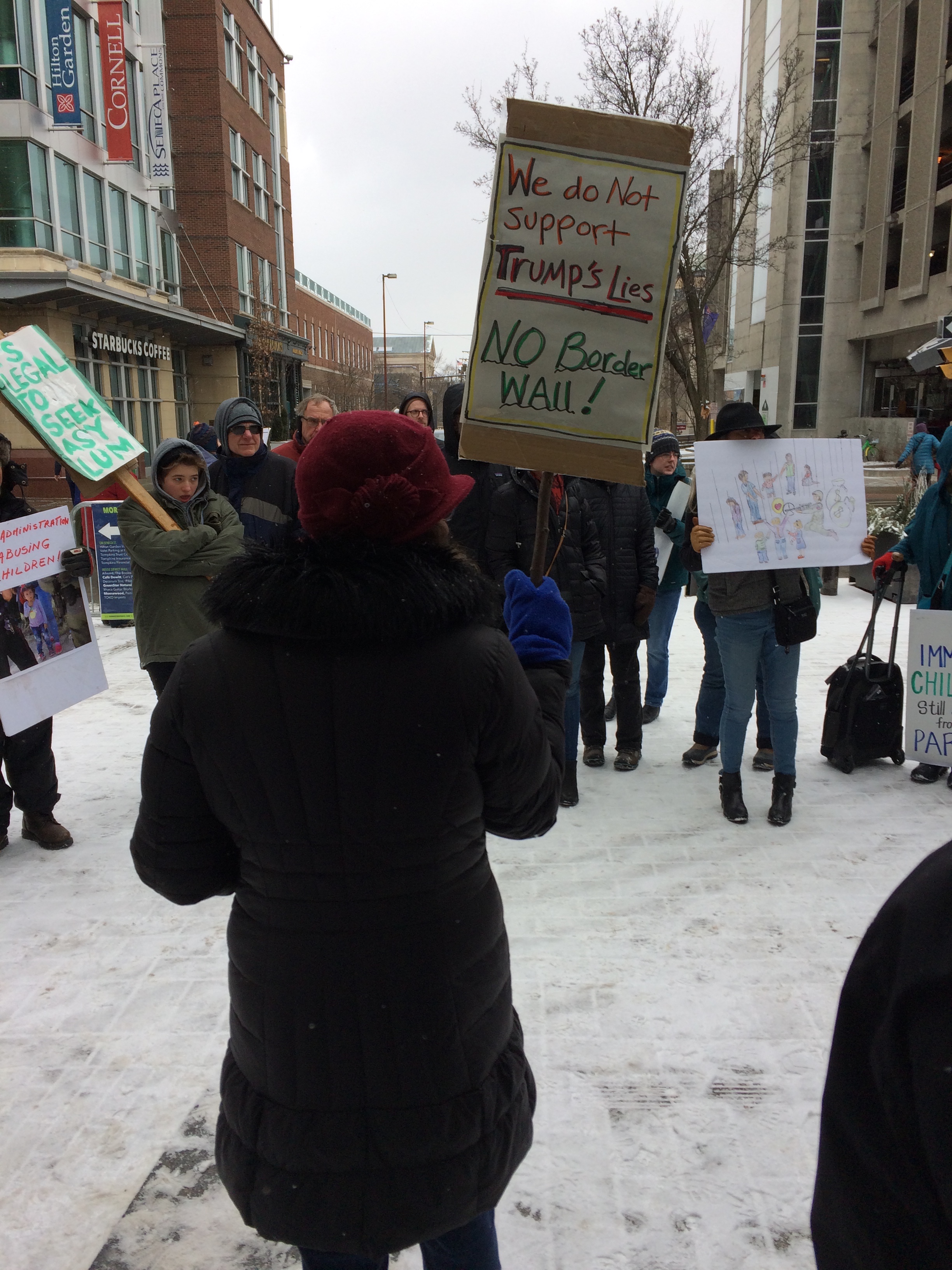 On May 13, Attorney General William Barr announced he was beginning an investigation into the origins of the Russia probe. He appointed John Durham, a federal prosecutor in Connecticut to handle the investigation. Barr, in his testimony to Congress, used the word “spying” to describe a counterintelligence investigation into the contacts between Carter Page, a foreign policy adviser to T, and Russians. Are actions to monitor Russian contacts with political operatives of the President now to be called “spying” by this administration? And attempts to stop such invasive actions and protect our electoral process and constitution to be called “treason”? In March, T did just that and accused the FBI and Democrats of treason.

This is Newspeak, where monitoring unlawful behavior is spying and exposing treason is treason.

Barr’s move was in response to continued pressure from the President, pressure that looks like more obstruction of justice. The counterintelligence operation into Carter Page’s behavior was actually begun during the 2016 election (October 21, 2016) after being approved by a FISA court consisting not of Democrats but of four Republican appointed judges. And the investigation was continued by the Trump appointed DOJ.

In 2017, this pressure by T led to GOP Congressman Devin Nunes releasing a redacted version of the highly classified FISA warrant, something rarely, if ever, done. Nunes’ had falsely claimed that the warrant was based on the Steele Dossier. However, the FBI’s interest in Page predated their knowledge of the Dossier. Page was being monitored because he was associated with two actual Russian spies who were trying to recruit him.

In other words, the President ordered the DOJ (and a GOP Congressman) to do his bidding and attack those he perceived as his enemies and the Attorney General (and Congressman) complied with his wishes.

This wasn’t the only time T tried to get the DOJ to act as his personal attack squad to shut down or shut up anything or anyone who gets in his way. Remember that he tried to pressure former Attorney General Sessions to investigate Hillary Clinton, for example, and tried to pressure former FBI Director James Comey to shut down the FBI investigation of former national security adviser Michael Flynn.

Barr, as many have pointed out, has thus been acting as the attorney for the President, not the Attorney General of the United States. Barr told the American public the President was exonerated from any charge of obstructing justice when, in fact, the Mueller Report clearly stated T was not exonerated. Barr said the President did not conspire with Russia to attack the 2016 election despite the fact the Mueller Report detailed clear attempts by the President, or his campaign and advisers, to meet with Russians to release information to undermine Hillary Clinton’s campaign, establish back channel avenues of communication, and hide economic ties to Russia. His campaign manager, Paul Manafort, gave the Russians essential polling data that might have helped them in their social media attacks.

T also asked the DOJ to investigate the investigators who worked for Mueller on the Russia probe. In the past, he also told Nancy Pelosi to “be careful.” I wouldn’t be surprised if in the future he tries to pressure Barr to start an investigation into her or other Democrats.

Previously sealed documents included in the Mueller Report were released last week that paint a clear picture of how T acts towards those who thwart him. The documents show that after Trump’s National Security Adviser Mike Flynn decided to plead guilty and cooperate with Mueller, T’s lawyers appear to have threatened Flynn and also dangle a pardon.

This action attempted to obstruct justice by interfering in the Russia probe. According to page 6 of the document, Flynn “informed the government of multiple instances, both before and after his guilty plea, where either he or his attorneys received communications from persons connected to the Administration or Congress that could have affected both his willingness to cooperate and the completeness of that cooperation. The defendant even provided a voice recording of one such communication.”

As Rachel Maddow pointed out, the actions of T, as recorded in the documents, sound more like a leader of a criminal enterprise threatening people than a US President. Is this history of threatening people one of the reasons the GOP in Congress obey T so consistently?

In response to an article on T that someone posted on FB, I urged people not only to share articles and express their fear and anger but to call Congress and take other actions. A man wrote in reply that if he called, it would do nothing. I replied, “Of course not. One call can do nothing.” Two calls, maybe a little. Ten thousand calls? Several each week? How about calls from the 53% of the population of this country who have opposed T since before November 2016? He has never had the support of even half, never a majority of this country. What would a million calls, a hundred million calls do?

How about if people, besides making phone calls, also took other actions? Imagine people wearing signs saying, “No more” or “Bring down the would-be dictator.” How about people on street corners, in their cars, or outside the offices of GOP Senators carrying signs saying, “No more attacks on children.” “No more attacks on the press.” “No more gun violence.” “No more destroying our schools.” “No more destroying our environment.” “No more normalizing hate in the White House.” Let’s normalize love. Normalize compassion instead.

Whatever actions, big and small, we can do, let’s do them. The object isn’t that one phone call or one protest bring down a would-be dictator and hate machine. It is that our collective voice and actions speak for and model an entirely different language than what we hear spoken in the White House today. It is that we learn how to speak a language of freedom, compassion and democratic action by acting in ways that advance democracy. And then, maybe slowly but exponentially, that language will become the new language of this nation and the speakers of hate will be de-throned.

*Update: Things have been getting even worse. Last night, Thursday, the President gave the Attorney General enormous powers, including releasing classified information. He ordered the intelligence community to cooperate with Barr’s investigation into the counterintelligence operation which led to the Mueller Probe. The purpose, this seems, is to keep T safe from Congressional investigations into him.

**This post was syndicated by The Good Men Project. 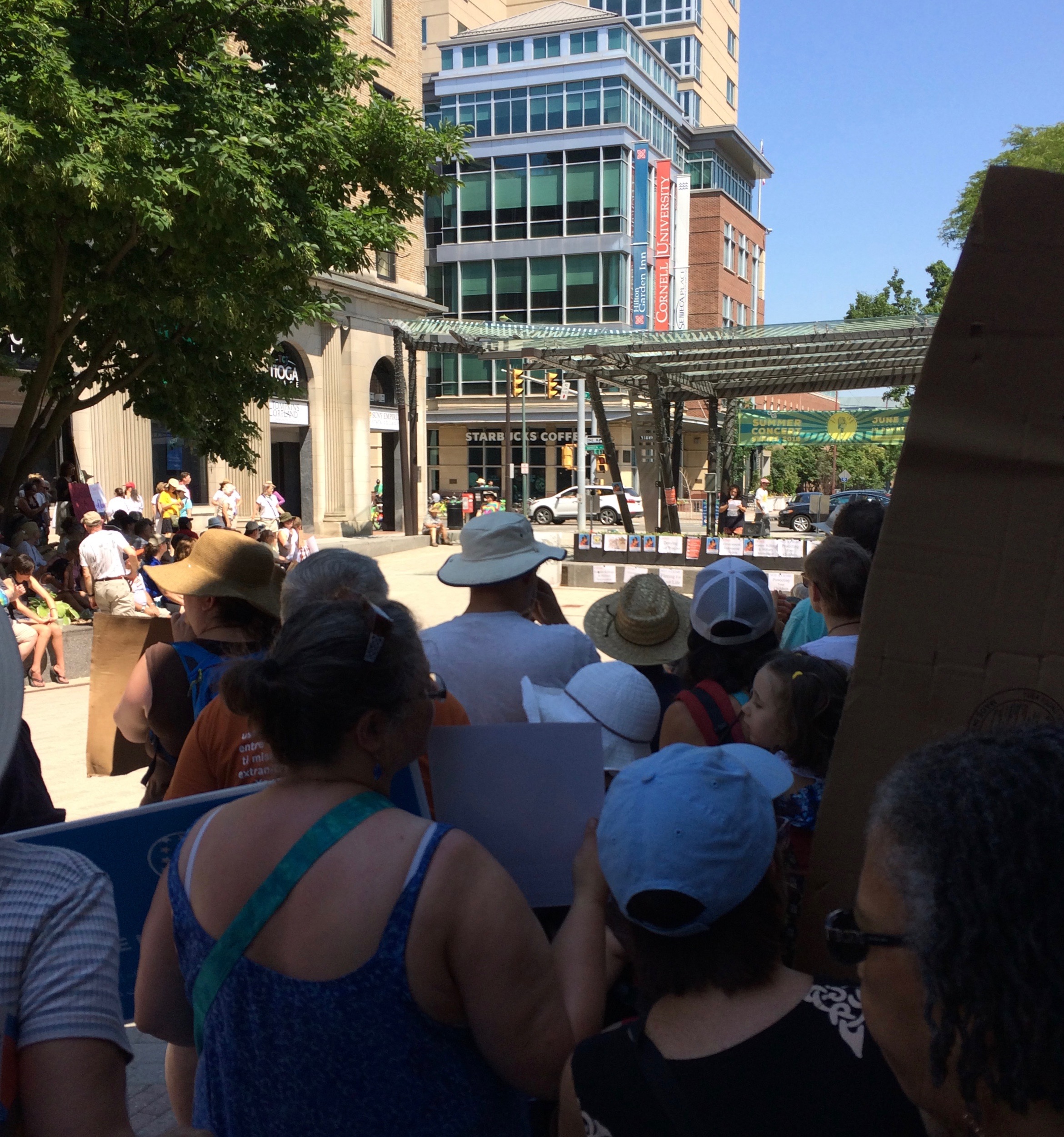