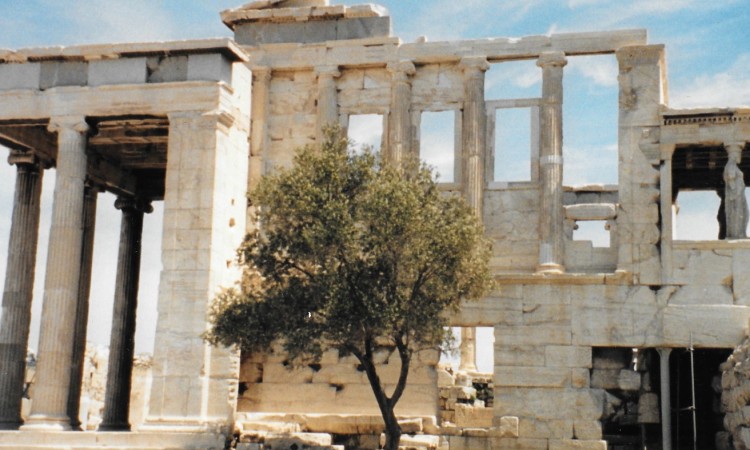 Go Vote! And Consider What It Means To Be Free

We use the word all the time and often get worked up over it, so what does ‘freedom’ mean to you? The meaning has varied greatly amongst different people and times in history. For the early Romans, ‘freedom’ meant not being a slave, or being ruled by a Roman, not an Etruscan. Later on, it meant they could choose the rich Roman to rule them. At the height of Athenian democracy, it meant you could choose not only the rulers but the rules, and any citizen could be a ruler for a day (or lead the Assembly or Athenian Congress), but women and slaves were excluded from such freedoms.

Does freedom only involve political choices? Are you free if you can vote for someone to hopefully represent your interests, but in other areas of your life, choices are greatly limited?

Is having a choice the only criteria of freedom? My philosophy professor in college, Frithjof Bergmann, asked: What if you have many choices but none of them are meaningful ones? You can chose from twenty or a hundred cell phones or shirts, but none of them are what you really want or none satisfy the deep hunger in you. Or, is it free if you have ten insurance companies to choose from, but you can’t afford any of them, or can’t afford any that provide reasonable coverage? Or is it free if you have only one choice, but it’s a good one? And what if you have hundreds of choices of what to buy, yet the use of resources to provide such a selection shortens your lifespan or shortens the lifespan of humans on the planet?

What if your freedom means another person’s oppression? I frequently hear on the news Trump supporters say “now we will be free.” If they own a store, they will find religious freedom, for example, by not serving a gay person or pay for health insurance for a woman who makes the awful decision or medically needs to have an abortion. I had a discussion with a Donald Trump supporter who said one of the things most dear to him is freedom. He said he valued freedom to chose to have health care or not, or which health care provider. He said it was important to have freedom where to send his children to school. He also claimed that if tax money funded public schools, it should also fund charter and religious ones. But what if such policies meant the loss of a quality education for others, or the destruction of resources needed to provide people with the economic support they need to live? Which “freedom” is primary?

For many people, freedom means an absence of constraint. You are not locked up in jail, not forced to work in chains. It means, hopefully, that you are recognized as a fellow human being, with rights equal to all others. That is crucial, but is it enough? Defining ‘freedom’ as “not being in chains” is like defining ‘conscious’ as “awake” (not asleep). This is the beginning, not the end. You need to consider how aware you are when awake. And what if you are locked up for defending your principles? Or you “freely” act in ways that cause you and others suffering—is that freedom? Or you act only with your own interests in mind and, thusly, perpetually put yourself at war with all others. Is that freedom?

And what if one person out of ten or a hundred owns most of the wealth? Does that limit your freedom if you’re not one of the top 1%? In the US, approximately 1% of the population owns 60% of the wealth. When that happens, it means the richest people pay a smaller percentage of their wealth in taxes. It certainly means they have a much larger spendable income. Thus, they have more money to influence the political process, and less money is available for the infrastructure, health care, education, environment, emergency services and first responders, etc. that serve all of us. In the 1950s and 60s, the US economy was greatly expanding, but income tax rates for the rich were two – three times higher. As taxes go down on the wealthy, expenses go up for the majority. If you must work two jobs and have little “free” time, or spend most of your income to pay your bills, is that freedom?

Figuring out what freedom means is more complex that many realize. It is a great question for a teacher to raise with students, or a parent with children. My high school students loved such discussions. Not only what is freedom, but why is it important? If it is so hard to define, should it always be paired with love or compassion or equity? To me, it means not controlled by someone else’s interests, and not feeling stuck, confused, or lacking, not locked inside yourself so you can’t feel or respond to the suffering of others. To rule yourself, you must know your own mind, and be honest with yourself. As much as you can, you are aware of your own emotions and thoughts. You can’t act freely in the world if you don’t constantly expand your breadth and depth of understanding of it, and can’t feel the humanity of those people around you.

One basic freedom we have is to vote and participate in the political process in very basic ways. So, we need to use it, and as wisely as possible, or think about the consequences of losing it.

*This is a slightly amended version of a blog I posted earlier in the week.

*If you are in Ithaca, NY this weekend, I will be giving a talk on my book, Compassionate Critical Thinking: How Mindfulness, Creativity, Empathy, and Socratic Questioning Can Transform Teaching, on Saturday, November 12th, at 2:00 pm at Barnes & Noble.

Like9 Why does nature have this effect on us?   I take a walk in the woods and thoughts fly off like birds⎼ swallows, crows or chickadees, to be replaced by insights or a beautiful sense of quiet. Or I sit on the beach, by the ocean, and my attention goes to the seemingly infinite…

Like9 I’m sitting here, feeling my hands on the keyboard, noticing my breath is a little short and jumpy.  Anxious. Worried. A dark curtain is hanging out behind my right ear. And I notice a desire to do something to part that curtain; to change the situation of our world today, or at least bring…

Like9 How do we face a fact or situation we believe we cannot face? Or respond skillfully to a personal or collective crisis?   In the Winter 2021 issue of Tricycle Magazine: The Buddhist Review, there is an article by environmentalist Paul Hawken adapted from his new book Regeneration: Ending the Climate Crisis in One…

Love and Compassion Are the Other Faces of Beauty

Like9 I look out the window of our den and notice the standing Buddha in the garden has a hat of moss, of both a light and dark green with a lighter tone on the right side of his nose. He also has a shawl of moss over his robes. Does it keep him warm?…

Next ArticleGrief and Fear Can Motivate Clarity and Action