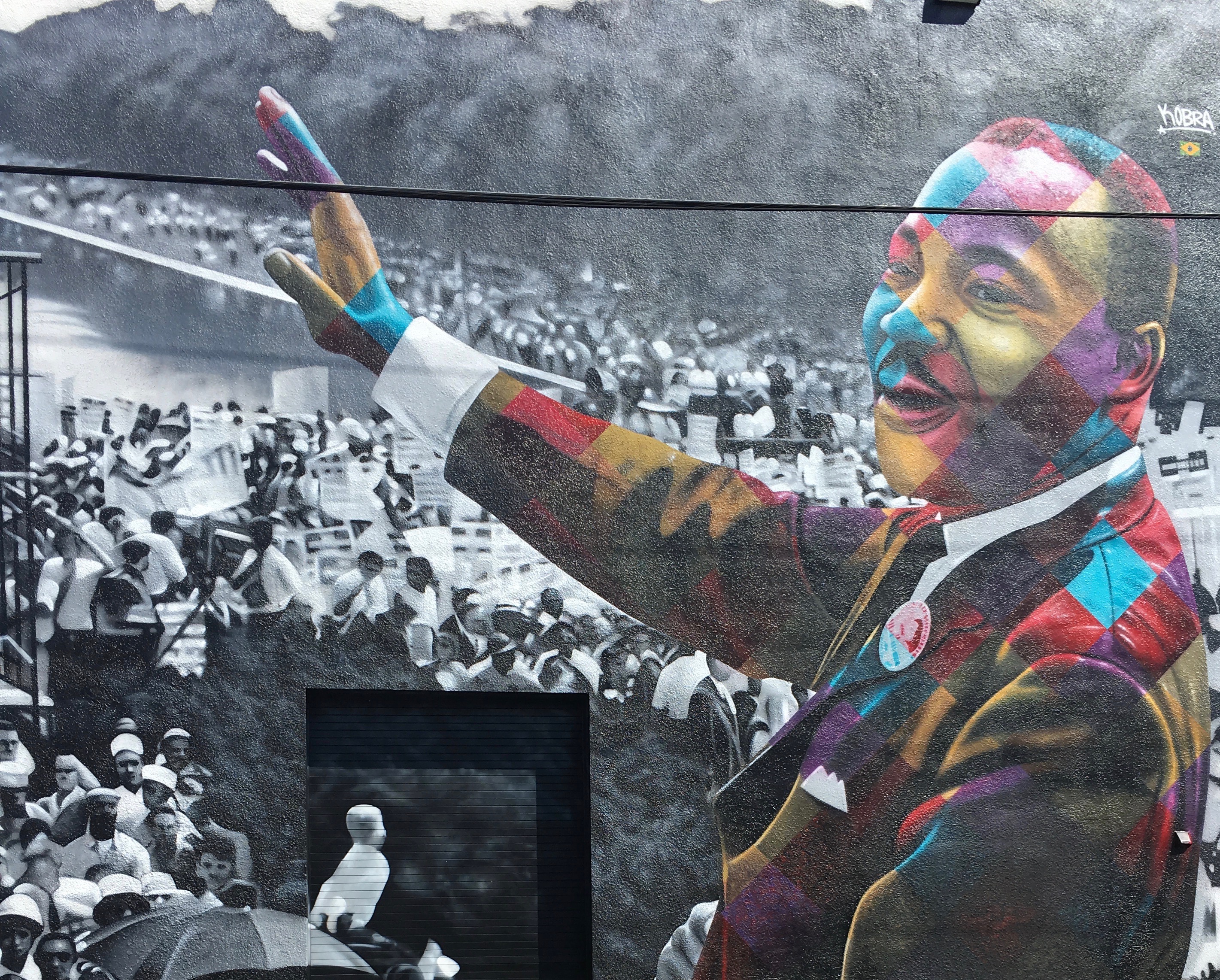 On this day celebrating Martin Luther King Jr., it is important to remember not only the need to fight those who teach hate but to support those who model love. Remembering that we have had powerful leaders in the past who worked successfully to make the world a better place for all of us gives me hope that there will be such leaders again in the near future, and in fact are here, now.

King was not a perfect person. But there are no “perfect” people. We might feel the pressure, both from ourselves and others, to think we should be perfect. Or that if we aren’t perfect, how could we demand ethical behavior, clarity of thinking, or compassion from politicians? But what King fought for and the fact that he fought is inspirational.

“The time is always right to do what is right.”

We might think that those who are already social and political leaders must be either absolute saints or absolute sinners. We often want myths, not reality. It can be difficult to admire someone without mythologizing them.

“I believe that unarmed truth and unconditional love will have the final word in reality.”

For example, some people of faith think the rich and powerful are favored by God, and so truth is what erupts from their leader’s mouth. However, when we think of our leaders as greater than us, greater than life, it’s too easy to ignore who they are or what they aim to do. The more real, the more human a leader is, the more we can learn from them. Instead of making a leader greater than us, we need to make ourselves into leaders, or at least informed citizens. We need to learn to examine the implications of policy proposals to determine as best we can what kind of world any leader would create.

Do we want to “make America great again?” What does ‘great’ mean to T or his followers? From a study of T’s actions, we can see that he is trying to undermine democracy. His aim is to bring our nation back to a time before the Bill of Rights, before the constitution, maybe before the revolution. He wants a nation without a free press, without voting or civil rights, without a balance of powers between different branches of government, and with one-man rule. Or maybe he’s trying for something even worse, a white nationalist kleptocracy in which the rich are not controlled by laws but assume total power over the laws ⎼ something that didn’t even exist here 300 years ago.

“Every man must decide if he will walk in the light of creative altruism or in the utter darkness of destructive selfishness.”

In 1947, in the Morehouse College student newspaper, Martin Luther King wrote: “If we are not careful, our colleagues will produce a group of close-minded, unscientific, illogical propagandists, consumed with immoral acts.” And this is what the Presidency is now teaching. T, along with his education secretary, Betsy DeVos, is trying to replace education with propaganda,  public schools with private, a commitment to improving equity and protecting student’s rights and safety with a focus on producing workers desperate for income, open inquiry with religious centered mind-control.

“The function of education is to teach one to think intensively and to think critically. Intelligence plus character – that is the goal of true education.”

We must not say: “This is awful but does not affect me directly. This is an assault on democracy and this is unjust, but I can live with it.”

Instead, we must be aware that: “Injustice anywhere is a threat to justice everywhere. We are caught in an inescapable network of mutuality, tied in a single garment of destiny. Whatever affects one directly, affects all indirectly.”

This is what, and whom, we celebrate today.

“I have a dream that my four little children will one day live in a nation where they will not be judged by the color of their skin, but by the content of their character.”

*The photo of is of a wall painting of Martin Luther King Jr., in Lake Worth, Florida.