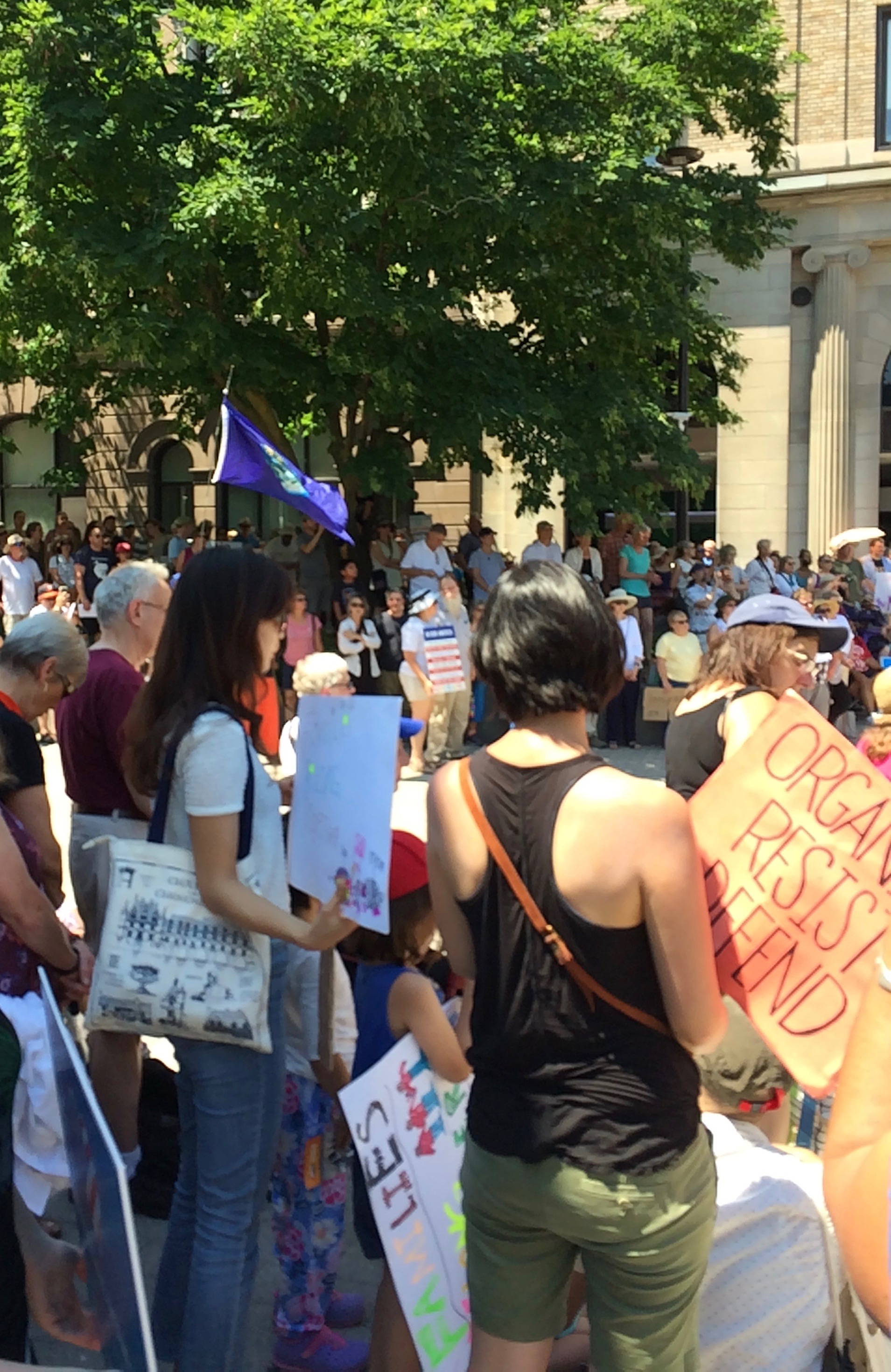 T Is A Hurricane of Historic Proportions

I just heard the latest news about Hurricane Michael, which struck the Florida panhandle with winds of up to 155 miles an hour. It is now called the strongest hurricane to ever strike the coast. It grew so quickly, from a category 2 on Sunday to almost a category 5 today, probably due to waters overheated by global warming, the same global warming the GOP deny despite the overwhelming scientific evidence against their position.

Yesterday, a neighbor called to tell me of two sightings of Fishers, a carnivorous mammal related to weasels. They have only recently returned to this area and have been known to kill squirrels and other small animals, including porcupine and hare, occasionally wild turkey, bobcat, and even house cats (although rarely). They are excellent climbers and can be vicious. I immediately went to the front door of my house to call in my cats. After the Kavanaugh abomination and almost two years of T, I am, like everyone I know, a bit sensitive to bad news.

This administration puts us all on a continual threat alert and I think this is exactly what they want. People continually stressed are not as likely to think clearly or feel powerful.

These GOP attacked anyone who called for a real investigation into Kavanaugh’s past and were particularly vicious in their attacks on any of the women who came forward. In fact, T even mocked Dr. Ford.  He called for holding those who made “false” claims against Kavanaugh liable. What about false claims by, or in support of, Kavanaugh? Would Kavanaugh or any his supporters who lied or rushed to hide the truth be held accountable?

The Supreme Court is going to hear a case called the Gamble v US. It involves a felon arrested for possession of a firearm. It could, however, have grave implications if T is ever impeached, indicted, or tries to use his power to pardon anyone from his administration or campaign who have been prosecuted for crimes or called to testify to the Mueller investigation.

The Gamble case involves the question of whether “double jeopardy” is limited by “dual sovereignty.” In other words, whether a state can separately prosecute anyone after they were tried by the Federal government.

Right now, T can pardon people for Federal crimes, but anyone so pardoned can still be prosecuted in state courts. T wants to destroy this possibility. And Kavanaugh could help make that a reality. He might be the deciding vote in expanding T’s and the GOP’s power, so they can’t be held accountable for crimes they commit or their assaults on the rest of us.

While hurricane Michael was striking Florida, hurricane T was in Erie, Pennsylvania at a fundraiser and then a rally, yelling “lock her up” and such. Even a threat to the lives and property of millions of citizens did not stop him from focusing on himself and trying to rake in money.  He needs to be stopped.

And let me repeat what many have been advocating: each of us needs to vote, make calls, volunteer as an election official, write postcards to get out the vote—to do whatever we can to energize ourselves and throw T and his supporters out of office.

**Thank you to Jill Swenson and other friends who first posted on FB about Gamble v US.