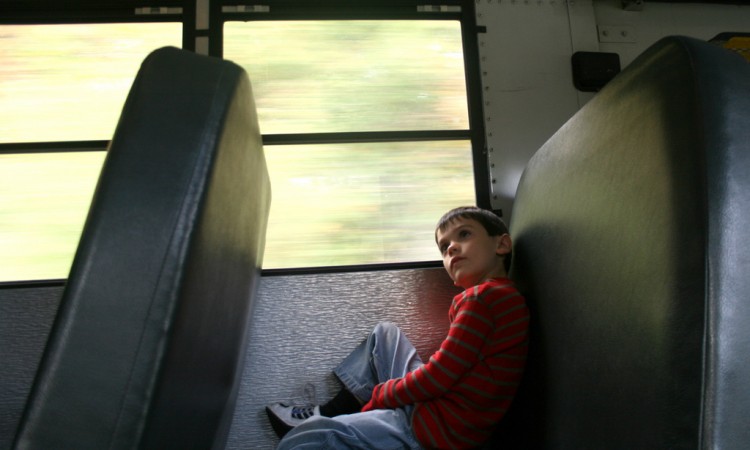 Yesterday, Mr. T spoke to members of the National Sheriffs Association and said: “the murder rate in our country is the highest it’s been in 47 years.” According to the Washington Post, he blamed the news media for not publicizing this development, and then added, “But the murder rate is the highest it’s been in, I guess, 45 to 47 years.” But according to the Post, Politifact, and the FBI, this claim by him is clearly false. In 1980, the murder rate was 10.2 per 100,000 residents. In 2014 it was 4.4. In 2015, it did go up to 4.9, less than half of the 1980 rate. Violent crime in America in general has gone down. But not in the America Mr. T sees. He sees, or tries to get us to feel, that the rate is going up. Why? To create fear. To create a sense of society falling apart so he can ride in and save us.

Likewise, on 2/6 Politifact reported on Mr. T’s comment that the US news media, regarding terrorist attacks, are “dishonest” and it has “gotten to the point where it’s [terrorist attacks are] not even being reported.” He tells us that there is so much more extremist violence happening and we are not safe. But, of course, the violence committed by Muslims from other nations is being constantly reported, maybe even too much. And, as Democracy Now, CNN, and other respected media report, if there isn’t any violence, Mr. T and his associates will lie or manufacture “fake news” to make us think there is. For example, Kellyanne Conway talking about a “Bowling Green Massacre” that never took place. Why? To create a sense of distrust in the media and a fear of the other, of other people, of our society falling apart so he, or HE, can ride in to save us.

But he has no plans to save anyone. In fact, this is the same strategy started in the Reagan administration to undermine public schools. Diane Ravitch argued in her book Reign of Error that different corporations, working with political institutions and individual politicians, are leading an effort to undermine public schools by undermining teachers, teacher unions, and the very concept that a public institution working for the general good, instead of a for-profit corporation, can successfully manage and direct an educational system.

The strategy calls for publicizing deceptive and often inaccurate information to create a sense of a crisis in education so corporations can step in and save the day. For example, A Nation At Risk, a report issued by the Reagan administration in 1983, claimed public education and teachers were responsible for everything from a declining college graduation rate to the loss of manufacturing jobs. It said, “If an unfriendly foreign power had attempted to impose on America the mediocre educational performance that exists today, we might well have viewed it as an act of war.” It said graduation rates, SAT scores, etc. were decreasing—all later proved untrue. According to Edutopia and government statistics, Academic achievement from 1975 to 1988 was actually improving, and not only for middle class white Americans. The divide in academic achievement between rich and poor, white and African-American, Latino, Native-American, was diminishing. But the A Nation At Risk report was just the beginning. Betsy DeVos and the destruction she might wreak is the end result.

In 2007, Naomi Klein wrote The Shock Doctrine. Klein’s book argued that when people feel they are in a crisis, they support doctrines, policies, laws that they never would have supported otherwise. Crises can be of all kinds; economic, public health, national security, education. Mr. T. is shocking. He is creating a crisis so he, with the help of some large corporations and his billionaire buddies, can step in and sell the solution.

As I said in an earlier blog, we live in relationship with others and our world. This relationship, and our very lives, is more fragile than we like to recognize. If society falls apart, it is not so easy to piece it back together. Mr. T is not a populist working for the common good, but someone working to undermine the sense of relationship that underlies a society and then reconfigure it to fit his interests. By favoring the very few over the whole, his policies undermine the public good and he weakens and isolates himself and his cohorts ever further from everyone else. His delusion and hunger for power threatens every person, maybe every living being on this planet.

Only by understanding even those you oppose can you fight them. Only by working to create a society that prioritizes relationships that are mutual, inclusive, caring, and honest can we, as a species, live well, and possibly, live at all.

Like22 I was reading Mark Salzman’s novel, The Laughing Sutra, and had an epiphany. Salzman is a martial artist and writer, best known for his memoir Iron and Silk, which was made into a major motion picture.   The novel is a comic fantasy-adventure, about the life of a young monk who decides to travel…

Like22 What are your resolutions for the New Year? Before I discuss one of mine, let me give the  context.   Last week, did you read DT’s letter to Nancy Pelosi about his impeachment? Or listen to the impeachment hearings? Many of us talk about the constant lies by DT and how the GOP has…

Like22 On this day celebrating Martin Luther King Jr., it is important to remember not only the need to fight those who teach hate but to support those who model love. Remembering that we have had powerful leaders in the past who worked successfully to make the world a better place for all of us…

An Inhumane and Abusive Policy: Please Speak Up Now

Like22 According to the New York Times and several other news sources, since April 19 the U. S. government has separated 1995 children from the parents of asylum seekers, migrants, as well as immigrants illegally trying to cross our southern border. These children, as young as toddlers, have been placed in hastily established shelters, in…