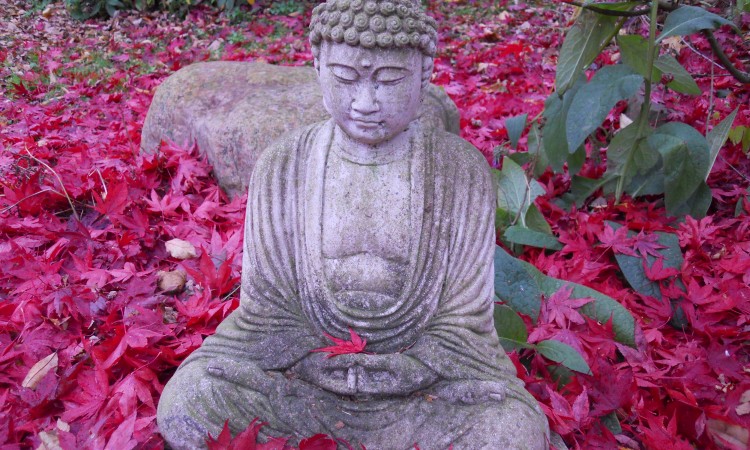 Without Empathy and Feeling, Thinking Suffers

All too often, people forget or fail to understand how feeling, particularly feeling empathy, is necessary for clear thinking. Empathy aids thinking in two ways. It allows you to more fully understand a person or phenomena, as in “putting yourself in the shoes of another.” And to think clearly, you must think with less bias and distortion from your own likes and dislikes; empathy can actually counteract this distortion.

To think, you need relevant information and ways to organize, “view,” and explain that information. But information remains just random words unless you connect to it. You need feeling to derive meaning and you need to “put yourself in another person’s shoes” in order to understand what standing in their shoes is like. You can’t understand a time in history unless you imaginatively, with feeling, put yourself there. In a similar way, you can’t really understand a mathematical formula or scientific theory unless you can use it and conceptualize the consequences of applying it. And to do that, you need to think from the perspective on the world that the formula or theory implies. If you are to answer questions and solve problems regarding the world around you, you need to “open to” others and your world, as well as see the world from their perspective. You need this “felt relationship.”

This “felt relationship” is empathy and compassion (and imagination). Psychologist Paul Ekman describes three forms of empathy. There’s “cognitive empathy” or an ability to read the mental state and emotional expression of another person. Then there’s “feeling with” or care for, the other. A sociopath might be able to read emotion but not feel for the other. Compassion takes this further, to the point where caring and feeling propel action. Compassion is the felt awareness of interdependence with others and caring enough to act in response to that felt awareness.

James Austin, a clinical neurologist and Zen meditator, discusses how, when you practice empathy and compassion, you use more “selfless” pathways in the brain. This provides a natural counter-balance to the distortion of likes and dislikes. When you perceive a blackberry bush, for example, you need to see it both from its’ position relative to you (which uses dorsal, top-down brain pathways) and see the bush itself in relation to other bushes and trees (ventral, bottom-up pathways). This ventral pathway asks “What is it?” or “What does it mean?” in comparison to the dorsal asking, “How does it relate to me?” Even at this basic level of perception, you need both perspectives.

We need to value, “feel for,” both perspectives. But much of our society teaches only the value of “self-knowing.” Self is defined only as what distinguishes and separates us from others. The result, according to many researchers, is a one-sided and isolated sense and concept of self and increasing narcissism. Even President Obama, in several speeches, warned that our society is developing an empathy deficit disorder. This one-sided knowing, and intellectual and emotional attachment to a concept of an isolated sense of self, leads people to defensively react to any appearance of a threat, even one not to the bodily self and world, but only to the concept of a separated self. This can undermine the sense of society as a relationship of all its members. It is one reason why schools must include not just an education in reasoning and memory, but feeling and empathy. When the conceptual framework of a culture devalues empathy and an understanding of the role of feeling, we’re in trouble.

Many students come to class and argue that empathy and compassion don’t really exist. They say that humans act compassionately only out of self-interest. Some teachers argue the same. Acting with compassion and empathy is in your self-interest. It helps immune response and improves emotional well-being. According to James Austin, it also leads to more effortless learning, especially when sustained attention is required. But all of these goodies are undermined if the outwardly appearing act of compassion or altruism is done with self-interest in mind. The intention to act with the other’s welfare in mind is what leads to the positive rewards.

So, what can schools do? Teachers can model empathy. Mathieu Ricard, biologist, author, and Buddhist monk, cites a great deal of research to show that when teachers practice and act with empathy and compassion and establish a personal relationship with students, student learning improves, violence and absenteeism goes down.

Teachers need to point out that when you disagree with others, it’s easy to think your viewpoint is the “right” one. You might look down on your “opponents” and think you know something they don’t. If only they knew what you knew, they would “repent.” In Aristotelian logic, something is either true or false. It can’t be both. So, if this “other” view is correct, that means your view is incorrect. And most people I know don’t like being “wrong” or being looked down upon.

You can directly develop compassion through meditation practices. You can also start by mindfully noticing your thoughts and the story you are creating in your mind. Realize that as you are thinking of your “opponent,” she or he is thinking of you. Your viewpoint of this person, or of whatever question you are discussing, no matter how deep, can never encompass the reality of the person or question. So, hold your viewpoints with some lightness or humor and this will leave room for others to enter.

When you feel an emotional response to what another person says, or you are unclear about what was actually said, ask: “Can you repeat what you said and clarify what you meant? What was your line of reasoning?” One of the most valuable lessons hopefully taught in a class is how to learn, understand, and change. When you face a viewpoint that is different from your own, take it as an opportunity to learn, not a threat.

So, when you run into what you perceive as a threatening idea, or when you don’t understand someone, take a breath. Notice what you’re feeling. Breathe in the sense that this is another person you are speaking with, not a lifeless concept. Feel the fact that the person might be feeling something just like you; you feel you have the correct view, she might feel the same. Maybe he is feeling scared or defensive. As you breathe out relax, look at the other person, and only then begin to speak. Empathy and feeling will contribute to clear thinking. And you and the other person will then meet.

When Joy Is Hidden in the Very Air We Breathe

Like22 Have you ever had this feeling that right outside the bedroom window, on the other side of a surface you’ve touched, like the bedsheet, or a stone in the garden⎼ like a voice carried in the wind that you can’t quite make out, there is an insight, a joy waiting, hidden right there? And…

Like22 I am almost disappointed in the impeachment. Almost. Although there is great hope⎼ ten GOP did vote to impeach DT and President-elect Joe Biden will (hopefully) be inaugurated next week. But DT is still in office, and 197 Republicans, all but 4 of the rest of the GOP in the House, voted against impeachment.…

Like22 Besides keeping ourselves mentally clear and calm and physically healthy, and helping others do the same, we have to stay informed about what DT is doing to further undermine the health, any remnants of democracy and the security and stability of our nation. After three years of shocks to  our personal emotions, our collective…

Like22 What happens to your thinking when you feel surrounded by noise? This is a particularly relevant question in schools today. The noise can be external—car horns, fire engines, people screaming in the halls outside your classroom. It can be your own internal voices, dictating what to do, or passing judgment on your character. It…

Next ArticleWho Are We Humans?