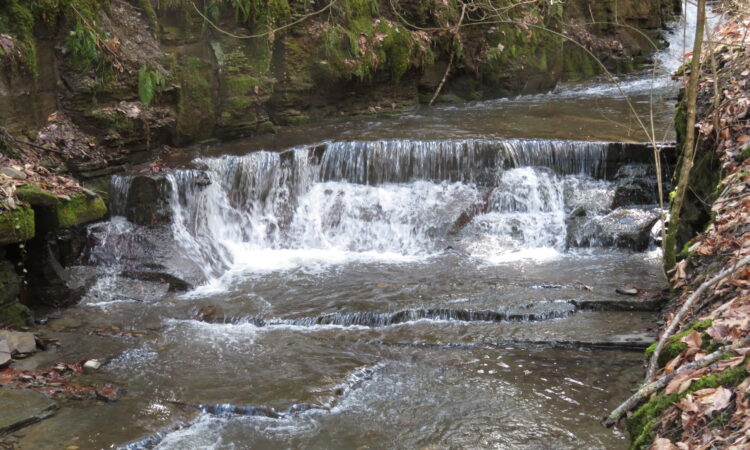 The political situation we are in today reminds me of a frightening dream I had as a teenager. I was outside, at night, on a mist-filled city street and felt something calling to me. I didn’t know what it was, but I followed it anyway to an old storefront, the kind with a door set between two showcase windows, which were empty of everything but darkness. The door was partly open, so I stepped inside.

The dark and emptiness continued inside the front room. But the call grew stronger as I walked. I followed it to an even darker back room where I could feel but could not see. And the room was not empty. The call was ringing in my mind, emerging from one corner filled with what I thought were people standing eerily still. I approached one, then another, tentatively reaching out to identify them. They were not breathing, not alive. I started searching more frantically, to find the source, the being, the life that was calling out for me.

And then I felt it, there, before me. A powerful, child-sized mannequin with a voice. But it had no head.

Teenagers can easily feel a type of solipsism, a fear that they are alone, isolated, or afraid that what they feel, no one else feels. That they are, in a way, the only human, or only human like them. Their need calls out for them, but they fear no one will be there when they respond, so they don’t. Adults can, of course, feel something similar. It is too easy to lose touch with the rest of the world.

Zen teacher Katsuki Sekida, in his classic book Zen Training: Methods and Philosophy, said we suffer when we don’t understand the reflecting action of consciousness. Although the world is always whole, never divided, we don’t always experience it that way. We first sense the world, then have thoughts about or reflect on what we sense, then reflect on reflections.

This goes on moment after moment. We reflect on what has already gone and can mistake the reflection for the reality. Consequently, we are always rushing to catch up. The reflection can be powerful; but it is so much smaller than the total reality that gave birth to it.

Out of such thoughts self-consciousness is born. Self-consciousness can mean “aware of oneself” or distant from oneself and uneasy about it. We separate the object of awareness from the act of being-aware and create this distinct being, with specific characteristics and history who has thoughts. We fashion an ego and then try to pin it down, give it life, and maintain it, but we can’t. Because it’s an apparition. It’s more like a suit of clothes we put on than the body that wears them.

One of the key battles of human history is to feel the life of the world, the life that resides in all of us. To feel that the world is alive, not dead ⎼ not a machine, not just dead matter. So much of the world breathes and feels. We struggle as a species to even feel the reality of others and thus to come alive to the reality of ourselves….

Like When I was 19 and deeply involved in trying to figure out who I was, I heard a lecture by the philosopher of eastern religions, Alan Watts and read several of his books. He helped change how I felt about life.   When I thought ahead to the future, it seemed so big. A…

Next ArticleNo More Hate: We Have A Choice About What Kind of Person We Will Be