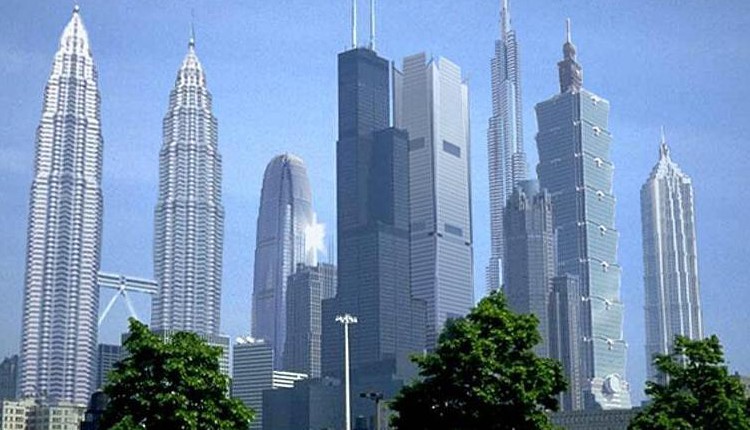 The Corporations Create the Crisis and then Sell the Solution 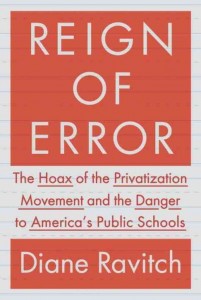 I have been reading Diane Ravitch’s book Reign of Error. It is an extremely illuminating book. The title evocatively sums up her analysis of the implementation of a new wave of educational change including the privatization of schools, the Common Core Standards, the standardized tests based on those standards and the accountability process based on those tests. Instead of serving the educational needs of students, Ravitch claims these changes as a whole undermine those needs. One clear example is the proposed spread of standardized tests to children in kindergarten through second grade — grades where such tests are developmentally inappropriate.

Secondly, Ravitch makes clear that the reign of error is built on many lies and deceptions, about trends in test scores, drop out rates, the role played by teachers in those scores and the performance of American public schools in general. These deceptions angered and surprised me. I taught in public schools for 27 years. My own students read sophisticated literature and produced works of complex reasoning and great creativity, yet I still believed news media reports that “other” public schools were “broken” or at least going downhill. Scores were plummeting, drop out rates soaring. The information or misinformation was pervasive. Ravitch makes clear that many schools were actually doing well. NAEP test scores over the last four decades went up, drop out rates declined. For example, from 1973-2008 NAEP math scores for white fourth graders were up 29 points, eighth graders up 23 points. For African-Americans, up 36 and 25 points.

There are problems in our schools, she says, but the biggest problems coincide with areas of concentrated poverty, racial segregation, and unequal funding. Another problem is decreased funding for public schools in general, along with a decrease in the number of teachers and support staff per pupil. In 35 states, the funding in 2012-2013 was below 2008 levels. At the same time, there was an increase in spending on testing. I don’t think we should try to increase the performance of schools by decreasing the number of teachers teaching.

Why the deceptions? In 2007, Naomi Klein wrote The Shock Doctrine. Klein’s book argued that when people feel they are in a crisis, they support doctrines, policies, laws that they never would have supported otherwise. Crises can be of all kinds; economic, public health, national security. Ravitch argues that corporate news media, educational corporations and politicians have been creating a “crisis in education.” Yet, if Ravitch is correct, the whole wave of change undermines public schools and teachers. The corporations create the crisis and then sell the solution.

Teachers are overworked and for many the demands of the Common Core make the situation worse. I recommend speaking out and telling people in your school and your community what you think and feel about each of these changes. Find allies. It is also a “teachable moment.” If possible, ask high school students to research and analyze the trends in test scores or the psychological effects of high stakes testing. Or to critique the Common Core or evaluate the morality of turning the education of young children over to corporations whose bottom line is profit.

What else should teachers do in response to this “crisis”? How are you responding?

Like13 Last week, Mother Jones magazine ran an article about how “The GOP’s Biggest Charter School Experiment Just Imploded.” It tells the story of the failure and collapse of a charter school called the Electronic Classroom of Tomorrow, which recently had a student body of over 13,872 students, the largest public charter school, maybe the…

Like13 Three different pieces for you: The first piece is a review of an article giving a detailed history of how a manufactured crisis in education and the undermining of American literacy might have led to the Republican administration. The second is an announcement of one of my blogs being published by the Good Men…

Like13 Betsy DeVos is Mr. Trump’s choice to be the Secretary of Education. She is in favor of “choice,” meaning she favors vouchers and charter schools. A voucher system means public funds are used to pay for students to attend religious or possibly private or charter schools instead of public ones. This means we might…

Next ArticleConcentrate on the Quality of Mind