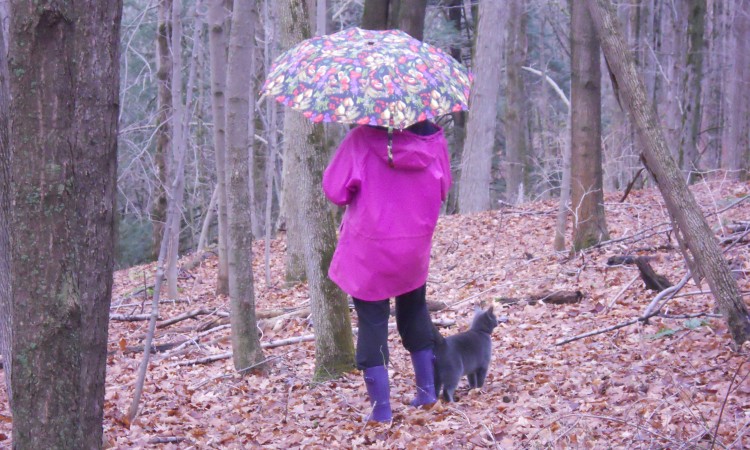 I served in the Peace Corps in Sierra Leone in 1969, teaching English and sometimes math or health, in a rural village. Sierra Leone is on the equator. Much of it is, or was, deeply forested jungle. One day, the headmaster and I were walking together to visit a village deep in the bush. It was near the beginning of the rainy season, so I carried my umbrella with me.

As we walked, the headmaster and I got into one of our usual discussions that were more like debates, and I don’t think I ever won. He often had a twist to his reasoning that put his point of view into a league of experience beyond my own. He was older than me, although I never knew his age. I would guess at forty. At possibly forty, he was already a few years older than the average male from his country.

As we exited from the tall thick trees of the bush into a clearing, it started raining. We had been debating whether change was possible. Back then, talking about political change in Sierra Leone could be dangerous. People could be imprisoned for what they said. I argued that change was necessary. He argued that change was impossible. I thought he was referring to the fact that corruption was considered a normal way of doing business and so corruption was the only reality. To my mind, change was not only a constant reality but a necessity. As the rain increased, I opened the umbrella, held it over our heads, and said: “I changed the situation. We are no longer getting wet.” “No, you changed nothing,” he replied. “It’s still raining.”

He taught me a great deal in those months that I knew him. Clearly, our points of reference, our very notions of ourselves were different. He identified more with the natural world around him than I did. For him, changing my position in relation to the rain was no different than changing the position of a raindrop. So, no substantive change occurred. Raining was the world being the world.

By taking in his perspective, I was able to learn from him, and think about identity and change in a new way. This openness to and empathy for totally new perspectives is important in thinking critically, but goes beyond such thinking. A Zen Master from 13th Century Japan, Daito Kokuji, wrote: “No umbrella, getting soaked,/I’ll just use the rain as my raincoat.”

Maybe there’s a kinship between the headmaster and the Zen master. What experiences have you had where your perspective was suddenly turned on its head?

Like9 Sometimes, we surprise ourselves with what we can do, with what we know and don’t know.   I retired from teaching secondary school ten years ago. But last night, in my dreams I was once again teaching. In many classes, ten, twenty, thirty students or more showed up. In others, only one or two. …

Like9   President Biden is sometimes criticized for not helping Ukraine get fighter jets from Poland, or for not pushing NATO to establish a no-fly zone over the country so Russian jets can’t bomb and strafe the Ukrainian people. Biden says he can’t risk escalating the conflict and starting a World War, but critics maintain…

Like9 I was walking down our rural road yesterday afternoon, just approaching a pine forest, and I heard the trees shake, then a gentle boom in the air, and looked up to see the white-tan underside of a huge bird, a snowy owl maybe, fly about 40 feet over my head.   And today, while…

Like9   It was such a relief back in June when the numbers of people sick from COVID were winding down and the promise of a degree of safety, thanks to the vaccine, was rising up. We had (and have) a rational political administration and summer was approaching. But now, due to the Delta and…

Next ArticleThe Good, The True, and The Beautiful