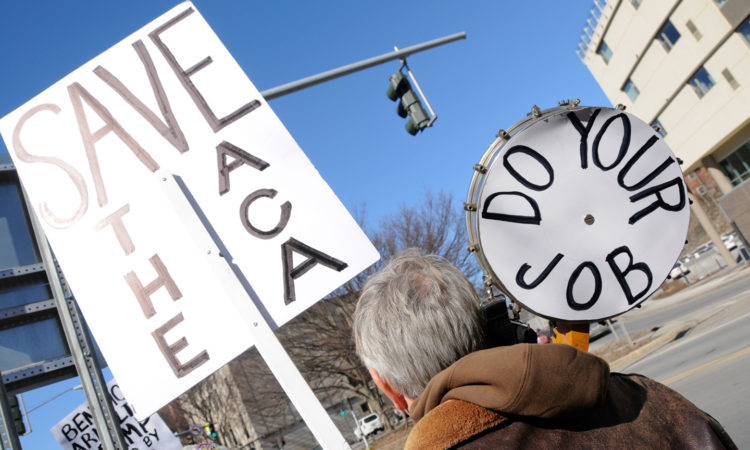 I want to write a blog saying there was a revolution in Congress. And throughout the land the heart of the nation was awakened⎼but it did not happen, not yet. It’s just so hard to acknowledge what is going on politically, or to think about it too much. It ‘s so ugly. And disturbing.

But I have to say what seems obvious to so many of us: we are confronted with a situation where one man (and those that finance and support him) thinks of the whole world, and all the other people and beings in it, as, at best, pieces to manipulate; at worst, as commodities to acquire or resources to exploit for his (their) own wealth and power. Everything and everyone exists for the taking. Even words, laws, notions of truth exist only to serve his interests. Only what increases his wealth, and what mirrors back to him his own primacy, is true. Everything else is false; everyone else is a liar and dangerous.

For laws to rule, the difference between opinion and facts must be, at least theoretically, fairly clear. Truth is recognized as being what really occurred or what was actually said, and what can be reliably verified. If everyone is “innocent until proven guilty,” then we are all theoretically and equally innocent unless proven guilty. For freedoms and rights to exist, the laws guaranteeing those freedoms and rights must be upheld.

But in Trump’s world, there are no commonly verifiable truths and thus no commonly enforceable laws. Thus, no “rule of law.” The only law is what emerges from his own mouth in that particular moment. No one is free except him. No one is innocent except as we mirror back to him his own image.

An example of him believing and asserting he is the truth and the law is his pardoning of Dinesh D’Souza, a conservative author, filmmaker, and admitted felon—and supporter of the president. Likewise, Trump pardoned his ardent supporter and convicted felon, Joe Arpaio, as well as Scooter Libby, the aide to former Republican Vice President Dick Cheney.

As Ruth Marcus argues in a column in the Washington Post, there is something particularly wrong and askew in these pardons. Trump violated the normal process and criteria for a pardon.  The process usually involves a five year waiting period and serving a sentence as well as accepting responsibility and atoning for the offense. Instead, D’Souza, and Trump, both showed disdain for the legal process itself.

D’Souza had admitted his guilt in court, for establishing straw donors in order to deliberately violate campaign contribution limits. However, the New York Times reminds us that on “Fox and Friends” after the pardon, he claimed his prosecution was retribution by President Obama for a movie D’Souza had made—so much for accepting responsibility and atoning for his crimes. He also asserted selective enforcement during the court trial and the judge held a hearing over the claim. The judge found: “There is no evidence of discriminatory effect nor of discriminatory purpose…” The judge called D’Souza’s claim “nonsense.”

After the pardon, Trump tweeted D’Souza “was treated very unfairly.” He also said nobody had asked him to grant the pardon. Yet, according to the New York Times, D’Souza himself, and congressional officials—Senator Ted Cruz (R, TX) pleaded the case for the pardon at a White House dinner the previous night.

As Ruth Marcus points out in her column, all these pardons show a political and personal motivation and illustrate Trump’s constant narrative of “they’re out to get me,” “I am the victim here.” Instead of these pardons serving the purpose of correcting an injustice, they commit an injustice. And they possibly also serve a very disturbing political purpose—to signal to anyone who might fear criminal prosecution for collusion with Russia, or for money laundering or corruption, that if they support Mr. Trump, they too will be pardoned. After all, he is the law.

If you doubt he is trying to assert this absolute power, look over his tweets from yesterday (Monday, June 4th). An article in the New York Times speaks to this and the ramifications of Trump’s actions. In one tweet he said he had “the absolute right” to pardon himself for any crime. Last year, he asserted he had “an absolute right to do what I want with the Justice Department.”

The NYT article goes on to quote David Kris, a former senior Justice Department national security official as saying Trump is making “a far more sweeping claim to power than even other presidents by saying he can use the Justice Department for whatever he wants.” Trump’s lawyers are in fact claiming, “that he is the law—that he is the personification of justice and cannot obstruct himself.” So much for our constitution and our laws being meant to free us from monarchs, or the King from Mar a Lago.

Well, Trump becomes the law only to the degree we, and our elected officials, participate in his delusion and yield to him this awesome power. Mueller by himself can’t get Congress to act. We, the majority of the American people, need to unite to stop him, and take the fight against the health care laws as an inspiration. We need to turn our distaste for even hearing his name into action, to call Congress, talk with friends and neighbors, be ready to protest, and use our imaginations to find ways to wake up an organized opposition, to wake up the heart of this nation.

**Update: This has been a big week for pardon talk. Why? He has granted six so far and is talking about many more. He has granted pardons both to well-known individuals and those fortunate enough to have a celebrity advocate for them. Maybe he is getting off on the power? Maybe he thinks the people he pardoned can feed his made-up narrative of the deep state being out to get him? Or maybe he thinks that if he grants lots of pardons to a diverse group of people, it would fool us into thinking he is not doing it for his own personal and political purposes? Maybe he thinks we the people would have more trouble discerning and attacking his real motivation, the one Ruth Marcus describes above: namely of undermining the pressure exerted by the Mueller Investigation on Cohen, Manafort and others to reveal what they know about T possibly colluding with Russia?

Like39 Today was a tough day. My body hurt in so many places and for reasons that are beyond my knowing. And the daily news is so mixed, the horrible mixed with the beautiful. Yet…   Even on days like today, we can read, hear, or see something that takes us someplace totally unanticipated, to…

Like39 For every teacher I know, the end of summer vacation means rising nervous energy, anxiety and excitement. It means getting ready to begin a new experience, with new students and sometimes a new curriculum. To start the school year, or anything new, it is obvious that we must make plans. We need to determine where we want to go, and what we want to…

Like39 When DT took office in 2017, the novel 1984 by George Orwell became a popular read. With DT in the White House, the fictional portrait of our future was moving closer to becoming reality. The GOP are, today, trying to keep that movement alive.   As journalist George Packer wrote in The Atlantic in…

Like39 I wish I had at least a vague idea of what the future could look like in a year, or even a month, but I don’t. When the world is threatened, the urge to know can become overwhelming. Usually, we at least know what the usual is. But now, for many of us, aside…

Next ArticleWish For A Storm of Mass Insight