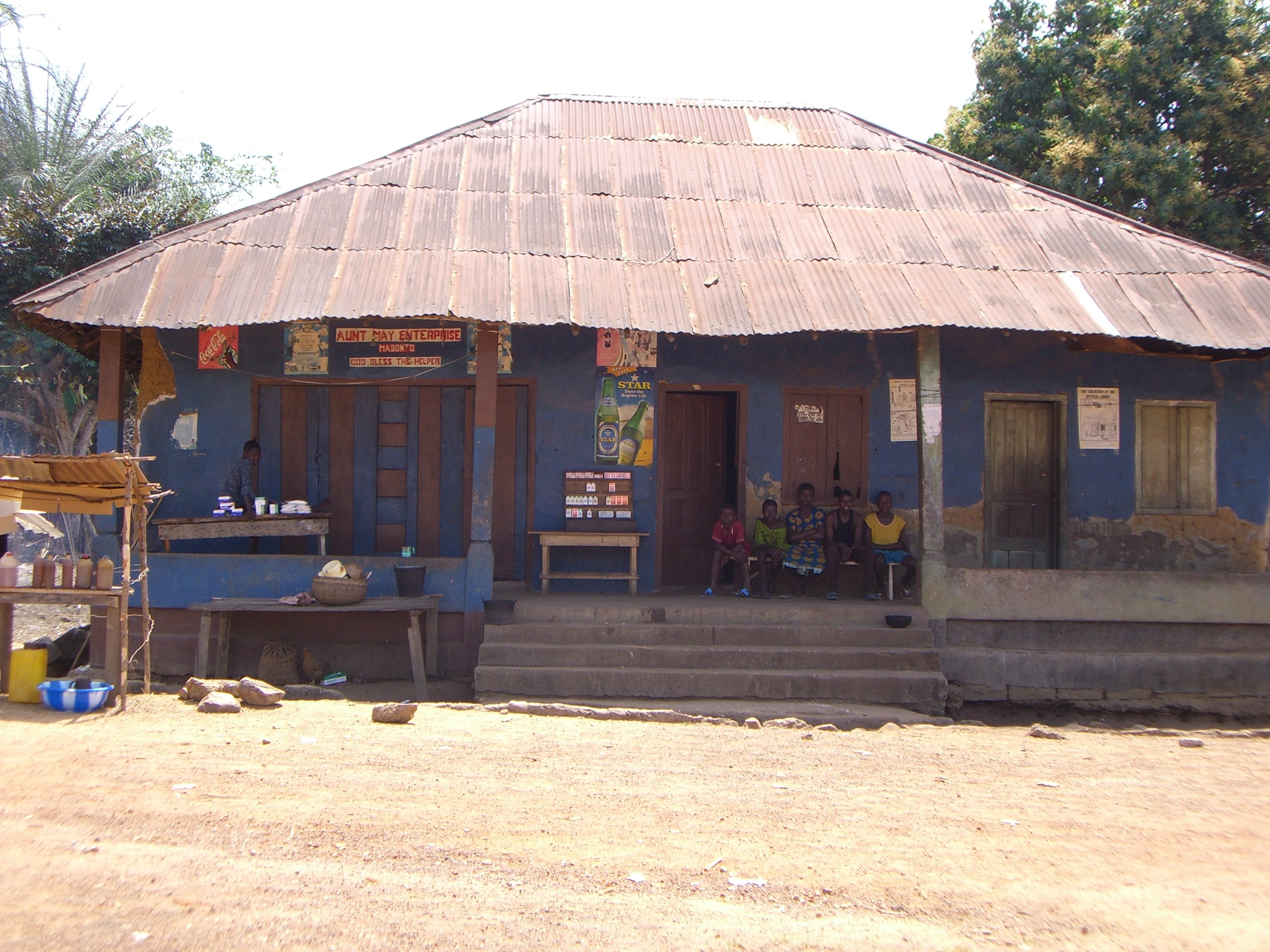 In 1969, I was in the Peace Corps in Sierra Leone, teaching in a village in the bush. One day, I left the village and went to visit a fellow Peace Corps volunteer. At that time, there was little public transport. If you wanted to go somewhere and couldn’t walk, you flagged down a lorry and rode in the back with other people and goats, chickens, and who knows what else.

On this day, we stopped at a crossroad and people got out to buy food. I was surprised to see a middle aged man standing at the edge of a group of people, looking out at a field. He had on a tie, and nothing else but a loincloth. I walked up to him, greeted him in Krio, a sort of universal language in the country, a combination of English, Portuguese and several African languages from the country. The greeting was leisurely and took about 5 or 10 minutes.

I then asked him as best I could, in Krio: “Why are you wearing a tie?”

I answered: “Yes, but they usually wear shirts to go with it.”

And in Sierra Leone, which sits on the equator, the artificial fabrics manufactured in the west, at that time anyway, did not do well in the heat of the jungle.

I was reminded of this incident in school last week, when I noticed a male staff member, who years ago never wore a tie, was wearing one. Almost no one wore a tie in our school. He said students treated him differently, with more respect, since he started wearing a tie and a more formal shirt. Even in the supermarket, he said, people address him now as “Sir.” Most of the people who called him “Sir” would, if you asked them, say that wearing a tie, or any formal clothing, was just a superficial act, a remnant of classist symbolism, or something like that. But their behavior was still affected by the symbol.

The man in Sierra Leone was living life in his own way, telling the world with his tie and naked dignity that “I matter.” He was adapting social symbols to speak his own unique speech. And in his society, at that time, political speech was even more restrictive, and more dangerous, than the US was. He had to find his own voice. Our own country, which prides it self on free speech, or maybe did so until recently, and whose predominant religion speaks of “loving your neighbor as yourself,” is often intolerant of differences.

I hope we all find our own voice and learn to speak clearly in defense of honest, free speech⏤and the right to be different, or to be ourselves.

**Thank you, Cindy Nofziger, for the photo.

Like27 One of the most important lessons a good teacher teaches, beyond the subject matter, is how to live a moment or a year of moments. On the first day of classes, you teach how to meet new people, how to start an endeavor, how to imagine what might be and yet be open to…

Like27 We just don’t know. We live surrounded by so many unknowns that if we think about it, we might never do anything. When we’re in high school or college, for example, we might not know what we’ll do after we graduate, or if we’ll get a good job. We might not even know what…

Like27 We never fully understand anyone. Who we are and what we think of those around us can change in unanticipated ways. But, although everything changes, some things are so deep they sway but do not shift. This is especially true with parents, who can play such a major role in our lives.   My…

Like27 “I suddenly realized I … was not an isolated, skin-wrapped soaking package. I was one small element of a world constantly re-creating itself. And only when I acted with this larger perspective in mind would my actions be truly effective.”   An original story of mine just published by Sunlight Press.

Next ArticleIf You're Not In Control, Who Is?