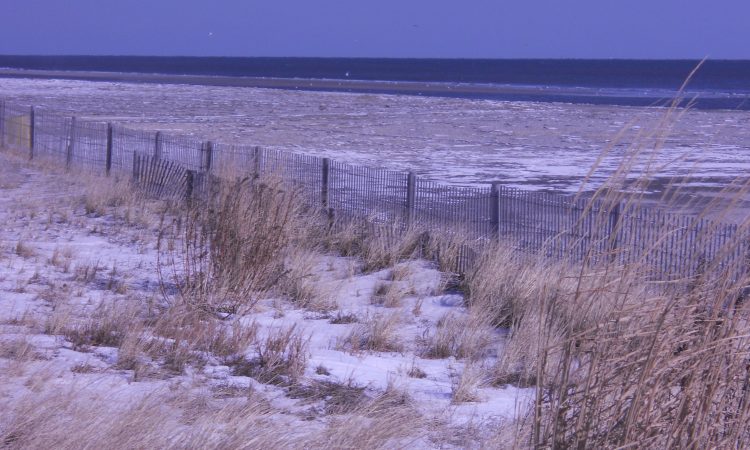 Our country is divided not only in terms of which presidential candidate we supported or which policies we support, but on a much more fundamental level. We differ on what it means to be a human being. We differ in our root beliefs, our understanding of the human mind, the self, and reality. It is a difference in the way of thinking and speaking with others, in activities we engage in, in our view of what a democracy is. It is not simply a matter of income, class or color, although I think income inequity and racism are central causes and indications of division. It is spiritual, intellectual and emotional. It is not a divide between one religion and another, or religious versus secular, but runs right through all such groupings. The differing sides all feel that the other, or one of the others, threatens the world itself. This makes extreme actions appear possible or even necessary.

Karen Armstrong, author, religious scholar, and former nun, provides an important perspective on one issue dividing our land. In 2005, talking about the rise of fundamentalism and terrorism, she said it is wrong to even speak of conducting a war on terrorism, because it is really a religious war, one form of fundamentalism versus another. Fundamentalism is a desire to return to the fundamental values, the original state of a religion. It interprets religious doctrine literally and calls for strict adherence to such doctrine. Truth is solid, fixed, and absolute and tolerance of the “other” can be considered sin. In our world today, there is a “mushrooming worldwide religious fundamentalist revolt against modernity and secularism.” She said, “We are creatures who seek transcendence… We’re meaning-seeking creatures, we fall easily into despair.” Thus, religion has always had a place in human affairs and even the appearance of assaulting religion can have dire consequences.

But, she says, there is “good” religion and “bad.” “Bad” suffocates the sacred and the search for meaning and truth in dogma and rules. “Good” religion is compassion and the experience of dethroning the ego at the center of your world and finding another person or something bigger than your self there. This good religion is not anti-intellectual; it recognizes that understanding deep truths is a matter of feeling, imagination, as well as rationality. For example, some religions consider experience, rational analysis, and wisdom essential to religion. The Dalai Lama, for example, said “If scientific analysis were conclusively to demonstrate certain claims in Buddhism to be false, then we must accept the findings of science and abandon those claims.”

Religion is not usually a consciously chosen belief. It can be foundational to one’s sense of self, culture and reality. To threaten religion is to threaten the world itself. Bad religion considers any statement, factual or otherwise, that is contrary to their religious position not only an untruth or lie, but dangerous. This can include science. Armstrong also argues that especially in nations like the US, where there is so much violent imagery in the media and entertainment, the reaction against secularism can be violent. “Whenever religion is allowed to enter political debate, positions become more rigid and absolute.” And when religion is threatened, fundamentalist membership and action increases and bad religion replaces good.

George Lakoff, in his wonderful book, The All New Don’t Think of An Elephant: Know Your Values and Frame the Debate, provides another way to frame the divide in our nation. In America, we often use the metaphor of the nation as a family. Yet, Republicans and Democrats have a very different notion of the nature of that family, or what should be that nature. The Republicans think of the nation as needing to conform to a “strict father” model. The Democrats think of needing a “nurturant parent” model. This is, of course, a simplification of both the reality and Lakoff’s analysis, but it provides a general overview of the theory.

The strict father family thinks of the world “as a dangerous place…because there is evil out there in the world.” It is competitive, there is absolute right and wrong, and children, when “bad,” are born bad. So a strict father is needed to protect and teach the children. Children need to be obedient and learn discipline, and be punished when disobedient. Without discipline, the world would go to hell. If you are wealthy, it means you are disciplined. Reality dictates that if you work for your own selfish motives and success, everyone will benefit. If you try to help someone else, be compassionate, and try to nurture others, you interfere with his or her own self-discipline, and undermine self-interest. According to this reasoning, the rich are good, the poor are bad. These metaphors and beliefs translate into domestic and foreign policies that maximize the value of the rich pursuing their self-interest.

Democrats and progressives are likely to believe in a more gender-neutral parent model. Any gender is equally responsible for, and capable of, raising children. Children are born basically “good” or full of potential and can be nurtured to be better. You need empathy, so you can know better what your child needs. You need to take care of yourself so you can take care of your child. You need a sense of responsibility and commitment, not only for your family but your community, country, and world. You want your child to be fulfilled in life, happy. You value freedom, fairness, service, cooperation, and trust.

To speak across this great divide, you must use language that reflects the values others hold dear and does not threaten their religion. To tell another person they are just wrong or their ideas are evil, you strengthen the idea you oppose in the mind of the person you are talking to.

These are just two different perspectives out of many. We’re multidimensional and complex beings. Progressives can be closeted conservatives and conservatives can be closeted progressives. So instead of just attacking those who disagree with you, use the language and metaphors that they value in order to expose the implications or perspective they hadn’t considered. According to Lakoff, the Republican and conservative message is that Democrats, liberals and progressives are weak, angry, and softhearted, so be sincere, respectful, calm, and hold your ground. Re-frame any story anyone tries to use against you in order to illustrate that your point of view and your values show you, too, love your country. You, too, want security, opportunity, and freedom, just as they do. You agree more than you disagree. The road to the freedom and stability that conservatives’ value highly must merge with the road to equity and compassion you value highly.

Like16 Today was a tough day. My body hurt in so many places and for reasons that are beyond my knowing. And the daily news is so mixed, the horrible mixed with the beautiful. Yet…   Even on days like today, we can read, hear, or see something that takes us someplace totally unanticipated, to…

Like16 For every teacher I know, the end of summer vacation means rising nervous energy, anxiety and excitement. It means getting ready to begin a new experience, with new students and sometimes a new curriculum. To start the school year, or anything new, it is obvious that we must make plans. We need to determine where we want to go, and what we want to…

Like16 The Coronavirus, and DT’s mismanagement and exacerbation of it, has put many of us in a state of stress, grief, anxiety and trauma⎼ and that doesn’t count the feelings of those who have been sick or have lost a loved one. So what do you do when faced with someone who believes the coronavirus…

Like16 On this day celebrating Martin Luther King Jr., it is important to remember not only the need to fight those who teach hate but to support those who model love. Remembering that we have had powerful leaders in the past who worked successfully to make the world a better place for all of us…

Next ArticleUndermining the Public (In Order to Rip Us Off?)