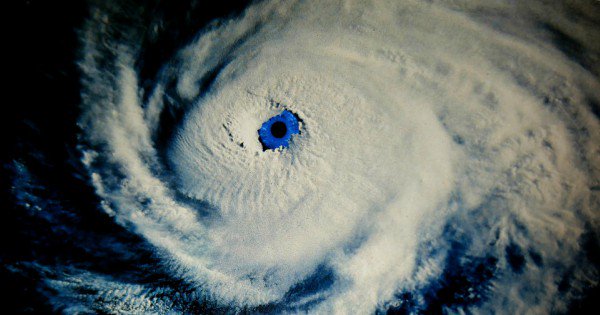 T Is A Hurricane Of Historic Proportions

Like everyone I know, since the Kavanaugh hearings and his appointment to the Supreme Court, and almost two years of the T administration, I have become overly sensitive to bad news.

It’s just eight days since I heard the news about Hurricane Michael smashing into the Florida panhandle with winds of up to 155 miles an hour (on Wednesday, October 10). The hurricane is now recognized as the strongest to strike the coast in 100 years. And it grew so quickly, from a category 2 on that Sunday, to almost a category 5 on Wednesday. It grew so quickly probably due to waters overheated by global warming, the same global warming the GOP deny despite the overwhelming scientific evidence.

Nature itself seems to be yelling at us to wake up to what we humans are doing to our world. The day after the hurricane, a neighbor called to tell me of two sightings of Fishers, a carnivorous mammal related to weasels. They have only recently returned to this area (along with other recent and not-so-welcome additions, like coyotes, coy-wolves, and ticks) and kill squirrels and other small animals, including porcupine and hare, occasionally wild turkey, bobcat, and even house cats. They are excellent climbers and can be vicious. I immediately went to the front door of my house to call in my cats.

This administration puts us all on a continual threat alert and I think this is exactly what they want. People continually stressed are not as likely to think clearly or feel powerful or vote. According to Tali Sharot in the book The Influential Mind: What the Brain Reveals About Our Power to Change Others, fear is most effective in influencing the behavior of others under two conditions—when what they are trying to do is cause inaction and the person they’re trying to influence is already anxious.

These GOP attacked anyone who called for a real investigation into Kavanaugh’s past and were especially vicious in their attacks on any of the women who came forward. In fact, T even mocked Dr. Ford.  He called for holding those who made “false” claims against Kavanaugh liable. What about false claims by, or in support of, Kavanaugh? Would Kavanaugh or any his supporters who lied or rushed to hide the truth be held accountable?

The Supreme Court is going to hear a case called Gamble v US. It involves a felon arrested for possession of a firearm. It could, however, have grave implications if T is ever impeached, indicted, or tries to use his power to pardon anyone from his administration or campaign who have been prosecuted for crimes or called to testify to the Mueller investigation….

To read the whole piece, please click on the link to the Good Men Project.

Like6 I’m sitting here, feeling my hands on the keyboard, noticing my breath is a little short and jumpy.  Anxious. Worried. A dark curtain is hanging out behind my right ear. And I notice a desire to do something to part that curtain; to change the situation of our world today, or at least bring…

Like6 When DT took office in 2017, the novel 1984 by George Orwell became a popular read. With DT in the White House, the fictional portrait of our future was moving closer to becoming reality. The GOP are, today, trying to keep that movement alive.   As journalist George Packer wrote in The Atlantic in…

Like6 It’s snowing again. It has snowed heavily for a day or two, lightly for over a week. More snow. More cold.   Yet, it’s beautiful. White flakes fill the sky. When the wind speaks, the flakes whip around, the air itself excited.   How can we look at the snow and simply enjoy it,…

Like6 I wish I had at least a vague idea of what the future could look like in a year, or even a month, but I don’t. When the world is threatened, the urge to know can become overwhelming. Usually, we at least know what the usual is. But now, for many of us, aside…

Next ArticleUnderstanding Love Is The Key To Making It Last: An Interview with Lesli Doares, from the radio show: Happily Ever After Is Just The Beginning.