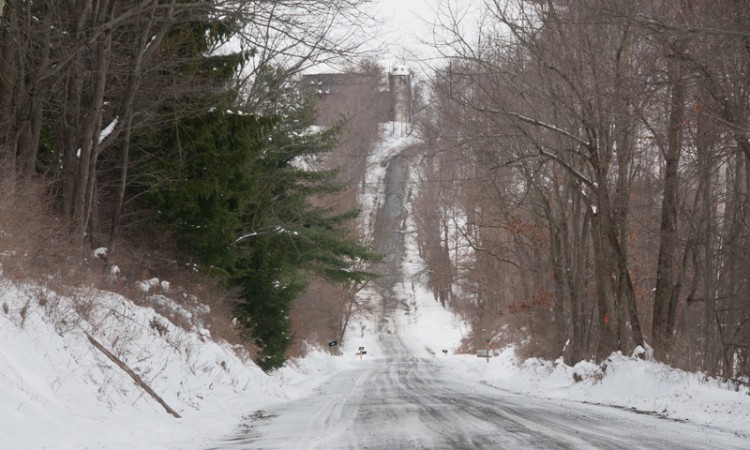 A Story of Regret

Regret can be devastating. It can feel like an explosion, yet it is often set off by a seemingly tiny trigger. This happened to me just a few days ago. I gave an impromptu, short presentation to fill in for someone else and I felt that I didn’t do the best job. Suddenly, I had an explosion of unpleasant sensations, thoughts and images. I did a “good” thing, helping out a colleague, and then I felt “bad” about it.

So what do you do with regret?

I think the first step is analyzing what goes into the emotion—or any emotion. Sit with the question. Let your eyes relax, even close. Calmly breathe in, then out. Then ask: Why feel regret? How does the emotion help me? Emotions have real uses. If you experience an emotion, you say yes to it for a reason. There is something there for you. Regret is unpleasant. Regret makes you reconsider and re-evaluate something you did or thought. Or you can regret what you didn’t do or left undone. Generally, people turn away from what they regret. Or you can get angry about it, angry at yourself or at other people. Regret can thus serve an ethical purpose, so you learn from and do not repeat an action.

How is regret different from other emotions, like guilt, remorse, sorrow? Is regret as sharp as guilt or as deep as remorse? There is sorrow with regret. The Encarta dictionary defines regret as feeling sorrow or sadness “about something previously done that now appears wrong, mistaken or hurtful to others.” The root, regreter, from the Old French means “to weep much.”

What comes up for you when you think of emotion, in general? I think first of the power emotions can have. They can be overwhelming. We say things like “I was bowled over” or “floored” by some emotion. Emotions can seem solid, heavy. But they are not solid at all. I first realized this when studying the Buddhist teaching of the skandhas, which is a Sanskrit word meaning an “aggregate” of things or elements which make up how things appear. When you mindfully attend to the elements out of which emotions are constructed, the emotion loses its solidity and sense of continuity; it dissipates.

Imagine a time that you felt regret. What does the emotion feel like? When I go into regret, I first discover this sense of me isolated from others. I notice a group of sensations, sensations of a particular type and intensity, in a specific place. When I feel sadness, for example, my head and shoulders feel heavy and drop. They turn inwards, as if forming a shell. My mouth and eyes also drop and tense. My stomach feels heavy. With regret, there are sensations like sadness or sorrow but less demonstrative. There is also a touch of anger: a jumpy quality, a tension in my hands, a churning in my stomach. There is the sense of inward pressure.

Secondly, there’s a quality to the feelings. They feel pleasant, unpleasant or neutral. When you feel something as pleasant, what comes next? Desire. You want it to continue. You want more. But if it’s unpleasant, you want it to end. If it’s neutral, you might want to forget it. Regret feels unpleasant. When I feel it, I don’t want to be seen, or to see myself.

Thirdly, images and thoughts stream through my mind. I replay the scene over and over and try out different interpretations of what happened. This is the part I remember the most, because memories and labels get added to the feelings. In my case, I interpret what happened at school. I come up with a story to explain what occurred. I become a character in my own movie with a particular but somewhat new identity, an identity I wanted to avoid ever being. The sorrow of regret is like mourning; it is mourning the loss of an image I held of myself. I previously felt insightful, ready for anything. Now, I feel exposed as I picture people saying, “He’s not as aware as I thought he was.” I feel afraid of my image being diminished or attacked by others. I am no longer a hero in my story.

Fourthly, a mental state is constructed out of all these elements producing a way of thinking and perceiving the world. And I plan actions to end the regret. However, since all that I perceive is shaped by my emotion, how do I stop the planning? I wish I could hire a spin doctor.

The fifth skandha is consciousness, awareness, the ability to know. It is a two-edged sword. It can lead to suffering. But because I feel the pain of regret, I can do something about it. The initial pain is enough; my response to the pain is something else. Awareness allows a gap between feeling the initial elements of the emotion and doing something because of it. Mindfulness and other practices allow me to expand that gap. The gap allows a recognition that it is my own mental state and my storyline of a distinct, continuing self that is regretted; it is that story that I want to end. The regret brings my attention not only to elements of the remembered situation. It brings my attention to the image I held up in the situation as myself and the shadow cast by that me, the shadow I feared being. The regret is the recognition of that shadow. I feel exposed only when I imagine I am being seen as something I don’t like. Only because I am invested in not being seen a certain way do I care about it.

So, when the regret lives on beyond its usefulness, intervene. Go to the gym or do breathing exercises. Get a massage. Or end the storytelling directly. Enter and sit in your own theatre of mind. Watch the play without pretending to be a critic. Recognize that the actor on that stage who bears a resemblance to you is just an actor in a play. Enjoy the show as much as possible. Thank the Shakespeare inside you. And this is really important, although not easy: appreciate even what you think you don’t like in you, even the shadows. Only then will you be able to perceive clearly enough to learn from whatever happens and let it go. So notice what is there for you. And then let it go. Or: breathe in, notice what it feels like to breathe in, notice whatever arises as you inhale. Then breathe out, let go, and return your attention to the breath.

Note: I made a correction in an earlier blog after it was published but did not point this out. Sorry. The mistake was in describing the location of the insula or insular cortex of the brain.

Like4 After several days of dangerous weather throughout the nation causing too much death and disruption, a “cyclone bomb” in many places, going from rain to ice to blizzards, with extreme windchills ⎼ temperatures changing where I live in a matter of hours from 45 degrees Fahrenheit to zero or below ⎼ today is cold…

Like4 It’s been eight to ten days of “firsts.” Last week, we woke up to find a hawk, with a bleeding chipmunk in its claws, sitting on a branch of the old apple tree outside the front door. That was a first.   A few days later, after midnight, a raccoon came in the second-floor…

Like4 Why does nature have this effect on us?   I take a walk in the woods and thoughts fly off like birds⎼ swallows, crows or chickadees, to be replaced by insights or a beautiful sense of quiet. Or I sit on the beach, by the ocean, and my attention goes to the seemingly infinite…

Like4 I’m sitting here, feeling my hands on the keyboard, noticing my breath is a little short and jumpy.  Anxious. Worried. A dark curtain is hanging out behind my right ear. And I notice a desire to do something to part that curtain; to change the situation of our world today, or at least bring…

Next ArticleDo We Want Corporations To Decide Who Should Teach Our Children?