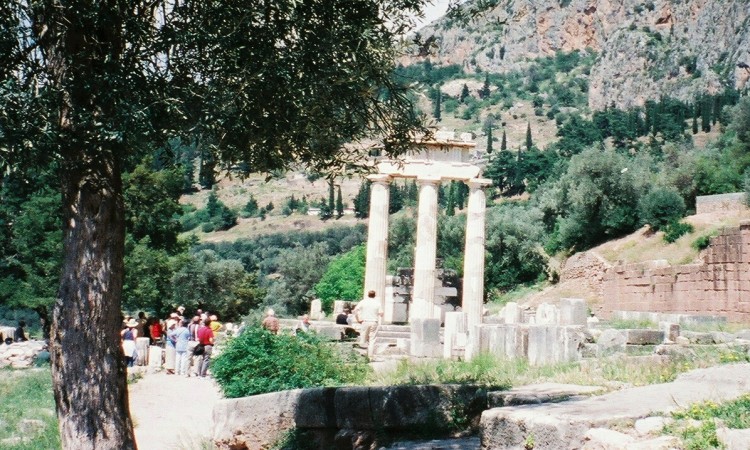 Why Deny Science? What Do You Do When You Don’t Know?

I was reading a great article in the latest issue of National Geographic, by Joel Achenbach, on the modern movement against science. Actually, I can’t stand calling it a movement. There should be a better word for it, maybe collective delusion. The cost of denying science is incalculable. Science shows the state of the environment, for example, is degrading rapidly. Yet, if the article is correct, only about “40% of Americans accept that human activity is the dominant cause of climate change” and thus realize we can and must do many things to improve the situation. I encourage everyone to read the article.

The article shows that strong sentiment against science is not new. The persecution of Galileo is one good example. There was a great outrage against Darwin, that partially continues even today. The novel Frankenstein is in many ways an expression of the fear against not only technology but science. You might think that by now, when we’re in the age of information technology, which depends on science for its very existence, there would be more trust in science. But as the deniers of  global warming prove, as people who argue against teaching evolution in schools prove, scientific thinking, and maybe critical thinking, is clearly misunderstood and probably feared.

Why is this true? It’s certainly a great question for teenagers to think about. My students in the past had theories. Maybe the dependence on science makes the fear of it more potent. It’s easy to fear what you depend on but don’t understand. Is there a general anti-intellectual bias in American culture? Is it, as has been argued in books like The Closing of the Western Mind, a phenomenon arising originally from uniting Christianity with imperial power, or religious belief with politics?

Many people I know hold religion responsible for this lack of understanding. Certainly, scientific and religious explanations often disagree. And there have been countless examples of delusion by religious people claiming to act out of faith or belief. But the same could be argued regarding adherents to political and economic theories or analyses. Without any fact checking, I think I can reasonably argue that for the last 150 years, adherents of Fascism, Communism, and Capitalism have caused as much delusion and suffering as has any religious belief system.

The article conjectures not knowing what evidence is, which I interpret as not knowing how to critically examine evidence and bias, contributes to science denial.  I agree. However, I think the problem is also due to not knowing how to deal well with not-knowing and uncertainty. Achenbach says “our brains crave pattern and meaning.” The craving for an answer can be overwhelming; the more basic and important the reality, the stronger the craving. You perceive something and in microseconds you assign meaning. You need to know that the earth under your feet won’t give way when you step on it or you won’t be able to walk. You learn early on that certain uncomfortable sensations in your midsection are hunger pains. The good taste of food was originally there to tell you that the food you’re tasting is not poison. Uncertainty is hunger for certainty; it’s uncomfortable. How do you understand discomfort? Is it “bad”? Does it mean you are in danger and must do whatever possible to end it, including believing in what restores comfort instead of what is best supported by evidence? Achenbach talks about a “confirmation bias,” the “tendency to look for and see only evidence that confirms what they already believe.” In that case, you will not do very well with adversity or stress or anything requiring complex thinking.

And science demands complex thinking. The National Geographic article points out that “scientific results are always provisional,” subject to change;  “Uncertainty is inevitable at the frontiers of knowledge.” How do you hear that? Do you want truth to be absolute, simple and forever? If so, I doubt that many “truths” are like that. For example, the good taste of food indicating something is safe to eat depends on where and when you’re talking about. 10,000 years ago it might have been true. Today, thanks to pollutants and pesticides, the taste of raw foods can’t be counted on to indicate safety. Even something like the boiling point of water is dependent on elevation, amount of salt and other contents in the water, etc.. The relativity and provisional quality of truth can be disturbing. Achenbach points out how difficult it is for us to look beyond our intuitions, to see the evidence for the curves of the earth despite the everyday assumption of flatness. Although scientific studies can be distorted by funding sources and bias, the very fact that science is recognized as provisional makes it possible and mandatory that critical minds engage with it.

To live with discomfort and uncertainty and be able to think and act with clarity, you need first to understand that discomfort is part of learning. It is there to wake up your attention so you can consider whether to say yes, no or maybe to something. You need to know about neuroplasticity, a word meaning that the brain changes, you change, with every experience. Who you are is not set in stone; if it was, learning would be impossible.

You need to know how attention and perception work. Back in 2003, I started using a book called Multimind, by Robert Ornstein, in my psychology class unit on perception. Ornstein theorizes Mental Operating Systems in the brain, which process and assign value to information according to specific criteria. Information that meets these criteria is given attention and other information is ignored. The MOS has an “extreme sensitivity to recent information,” to what’s new, what’s changed. It values relevance to you and everything becomes meaningful through comparison. Something that changes gradually is lost. Global warming is gradual, so gradual that most of us don’t perceive it until the tidal wave or tornado or six feet of snow or extreme hot or cold temperatures hit you. Actually, we don’t perceive it unless we carefully study it, unless we value such studying and thus know the relevance and power of the information.

But intellectual knowledge is not enough. You need the intention, the commitment, the care. You need an experiential method to calm your mind and clearly observe and learn from whatever is present to you, even discomfort and pain. Constructive action is likely only when you perceive the situation clearly. Somehow, we all have to get better at cradling information, cradling the world in our arms so we can feel depths of meaning without hiding from or reacting against it.

*See the addendum to this blog.

**The photo is of the Temple of Athena in Delphi, Greece.

Like8 I’m sitting here, feeling my hands on the keyboard, noticing my breath is a little short and jumpy.  Anxious. Worried. A dark curtain is hanging out behind my right ear. And I notice a desire to do something to part that curtain; to change the situation of our world today, or at least bring…

Like8 When DT took office in 2017, the novel 1984 by George Orwell became a popular read. With DT in the White House, the fictional portrait of our future was moving closer to becoming reality. The GOP are, today, trying to keep that movement alive.   As journalist George Packer wrote in The Atlantic in…

Like8 It’s snowing again. It has snowed heavily for a day or two, lightly for over a week. More snow. More cold.   Yet, it’s beautiful. White flakes fill the sky. When the wind speaks, the flakes whip around, the air itself excited.   How can we look at the snow and simply enjoy it,…

Like8 It is so easy to lose our heads. To get angry or depressed or want to run and hide. Or blame someone ⎼ that’s always been a strategy to clutch at. Blame this person or that group. Blame Muslims, if you’re a supporter of T, or blame Congresswomen of color or just women. Or…