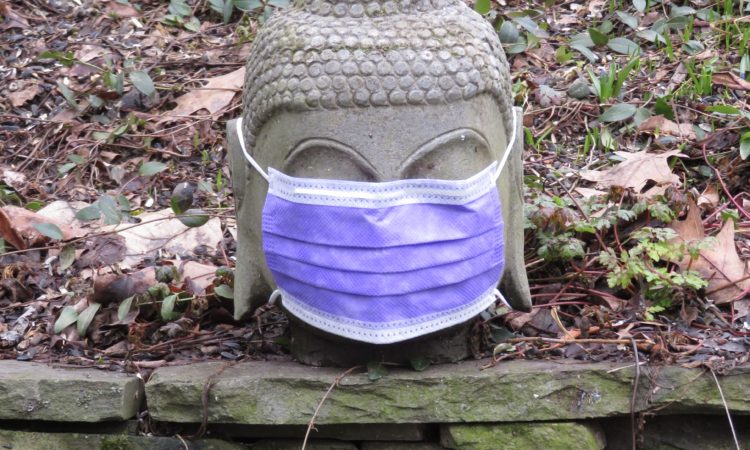 The Coronavirus, and DT’s mismanagement and exacerbation of it, has put many of us in a state of stress, grief, anxiety and trauma⎼ and that doesn’t count the feelings of those who have been sick or have lost a loved one. So what do you do when faced with someone who believes the coronavirus is a hoax and refuses to wear a mask? How do you talk to such people without losing it in anger or dehumanizing them as they might be dehumanizing you?

This is becoming too familiar a situation. Political discussions are notoriously difficult to have, and the coronavirus has become severely politicized. We have the example of DT refusing to wear a mask. In Georgia, where the coronavirus is spiking, where 50 people died yesterday (7/15) and 3,441 new cases were reported, the Governor sued the Mayor of Atlanta for issuing a mask ordinance. The lawsuit comes one day after the Governor issued an executive order suspending such mandates. He did not sue any of the other cities with mask ordinances.

There have even been instances where store clerks have politely confronted customers, or one person on the street confronted another, and the response was violent and in a few instances, deadly.

But let’s say we know the person, they are not prone to violence, and we are facing them, maskless, on the street or in a store. It might help to be prepared.

In all the cases I know of, the maskless person was white, often but not always, male, so just imagine a white male. What might be going on in his mind? It would be helpful to hear his response and not make assumptions.

So I imagine asking him, directly, “Why aren’t you wearing a mask?” Of course, his actions put the health of other people at risk. But in his mind, there might be no risk, because the threat is unreal. A lie even.

Maybe he is only listening to GOP politicians and right-wing propaganda sources and hasn’t questioned what he heard. To him, Dr. Fauci is the threat. News outlets that check the reliability of their sources, like the NY Times or the Washington Post or NPR, are the threat. Simply presenting facts as we know them won’t work.

Maybe deep down he feels powerless and his belief covers that up, replaces it with the potent sense that he is one of the select few with the inside information. To him, I am a dupe, blinded by the “media” or whomever, either lacking information or the thinking capacity to see through the deception. And what a deception it must be. Just think about all the people in the media, politics, police and medical profession that must be conspiring together to create the hoax.

And he must not know anyone who has gotten sick or died. He must not know anyone who has cared for or treated or is the friend or loved one of one of the sick and the dying. He might not know that according to a recently released report by the CDC, people of color are 3 times as likely to become infected with the virus as white people. Or maybe he doesn’t care. Maybe racism is involved, and another sort of conversation is needed here….

Next ArticleWhat Do We Do When It All is Getting to Us? The Value of a Good Honest Conversation