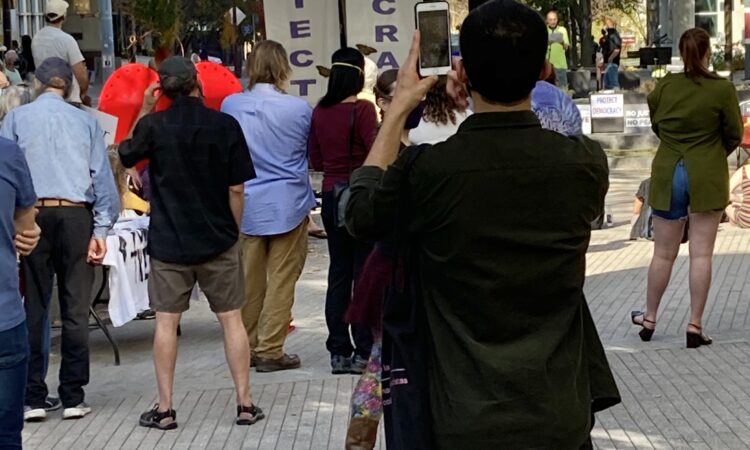 Like84 It’s raining, hard, outside. But inside myself, it’s spring. Outside, the very air is misty-gloomy. Inside, I feel happy, hopeful. However, even after watching the returns, seeing him catch up and then slowly be declared the winner, I could hardly believe it. We won.   And then he delivered a wonderful speech that no…

Like84 Recently, just before having a scary medical test, I had a dream that I not only remembered afterwards in detail, but which greatly affected me. Actually, remembered might not be the most accurate way to describe what happened, because I was partly awake even while I was dreaming.   In the dream, I was…

Like84 Despite feeling tremendous relief just a few nights ago, when Catharine Masto Cortez was declared the winner of the Nevada Senate race and my wife, and I, danced around the living room⎼ today I feel heavy once again. Why is that? I was so happy the Democrats exceeded expectations and maintained control of the…

Like84 Today was a tough day. My body hurt in so many places and for reasons that are beyond my knowing. And the daily news is so mixed, the horrible mixed with the beautiful. Yet…   Even on days like today, we can read, hear, or see something that takes us someplace totally unanticipated, to…

Next ArticlePreserve the Constitutional and Peaceful Transition of Power