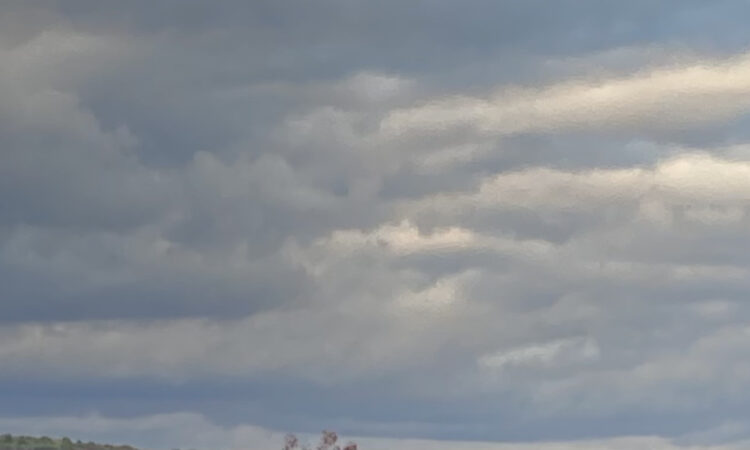 The Book of Heart: The Spark We Need to Save Ourselves

On Sunday, a friend uncomfortably joked, and a neighbor seriously wondered if the weather augured the Apocalypse. On Monday, the U. N. Panel on Climate Change said unless humanity takes immediate, sustained, large-scale actions including reducing the use of  fossil fuels, global warming will create an earth too hot for agriculture and will threaten human survival.

The Western U. S. has had devastating droughts for years, but this year is one of the worst, accompanied by record breaking temperatures and creating conditions for forest fires. Parts of Canada and elsewhere are suffering the same fate. 10 of the worst years for fires have occurred since 2004 and 2021 could be even worse than any previous year. Right now, the Dixie Fire has burned more than 783 square miles and is now the largest in California history.  Clouds from the fires have recently blanketed sections of the western and even northeastern US. Meanwhile, Germany and China have recently experienced historic floods.

In my own neighborhood, our summer weather over the last few years jumped from drought to floods and back again. It rained nearly every day for weeks. Even though it happens periodically, earlier this summer we experienced a devastating infestation of gypsy caterpillars that stripped bare many species of trees. Whole sections of forests and hillsides look as they do in winter (or during a severe drought).

Last night was the fourth power outage we’ve had in about a month. Everything went from light to dark so quickly⎼ and it was a very dark night, covered with clouds and noisy with rain, thunder and lightning. When the power goes out, it is easy to wonder not only when, but if it will be restored.

And all this after 18 months of the COVID-19 pandemic⎼ and four plus years of a moral and political pandemic led by DT and the GOP who threaten to strip us bare of rights and constitutional protections and enshrine a perpetual political winter.

After so much bad weather and destruction, fear speaks readily in our minds and hearts, in the places where religion often resides. There is nothing like a tornado or a big storm, with lightning, and thunder over our heads, heat that melts sidewalks or a pandemic to make us feel how vulnerable we are. The Delta variant could wreak havoc with our future. A study by the Public Religion Research Institute back in 2012 found that 63% of Americans thought the weather has gotten more extreme and 36% think the reason is the Biblical end times. (I was glad to notice that, according to an Ipsos poll, in 2021 the number of Americans who are aware of the human role in climate change is now 72%.) What changes in attitude will the U. N. report create?

According to the Pew Research Center in 2017, 35% of Americans say they read scripture at least once a week, and this is up 3% from 2014. Buddhist teacher and scholar Kurt Spellmeyer, in his book published in 2010, Buddha at the Apocalypse: Awakening from A Culture of Destruction, says “unlike other holy books, the Bible presents itself as a work of history⎼ a history that claims to map the whole of time.”

History begins, in the Old Testament, with Genesis, and ends particularly in the New Testament, with Revelations. Many of us look for God in time itself. And for 2,000 years people in the West looked for signs of the End of Time, or for transformation⎼ of souls or society, for heaven or utopia⎼ or for retribution and punishment.  As the millennium of the year 2000 approached, there was great dread amongst many about what would occur.

But if anything is biblical about the situation today it is the danger posed by the lies of DT, who called human-caused climate change a hoax, and by other GOP. These lies have caused us to lose time, accelerate the danger, and diminish political commitment to actually facing this existential ecological threat.

Spellmeyer argues our culture prides itself on getting things done and being down to earth but is actually escapist. On the surface is our love of all sorts of tech marvels that can both be so helpful, especially during a lockdown, but also isolate us. But also consider how often we have postponed serious consideration of the consequences of our actions, like the long-range effects of nuclear waste, or nuclear weapons, or the effects of fossil fuels on Global Warming.

In U. S. history, instead of dealing with our problems, we often looked to “go West” to escape them. Or on a more personal level, we find a readiness to hurry and move on. We often hear something once or practice a skill a few times and think we understand it like an expert.

And there is FOMO, the “uneasy and all-consuming feeling that you’re missing out,” “not in the know”. We might fear friends are better than us or in possession of more of something than we have⎼ or that we are inadequate. A study back in 2013, obviously before the pandemics of COVID-19 and DT, found that about three quarters of young adults experienced this.

The problem, whether its FOMO, escapism, even hurrying, is a culture of fear now augmented and manipulated by the GOP to serve their political purposes. And instead of using fear to spur considered action, we fear the emotion itself. Fear, of being hurt, of the world changing on us, or whatever, can make us hold onto our viewpoints rigidly and close our minds to rational thought. And it spreads easily.

So, understanding and skillfully facing fear not only lessens our own suffering but gives us tools to help others. Fear is normal but we are often led to treat it as abnormal. It is not just a feeling but is composed of different elements including sensations, thoughts, and possible responses. If we don’t understand it, we might think we are incapable of meeting whatever we face and run to escape it.

Fear warns us, wakes us up, but usually turns our thoughts to what might be in the future or to a hurt or trauma in the past. We might run to create ideas of a New Jerusalem, or of a devil or a great punishment to come and lose sight of the reality we face. But the thought that provides an escape from fear often keeps it alive. If our identity is based on fighting an enemy, what happens if there is no longer an enemy to fight?

So, one way to get clarity is to develop a mindfulness practice; instead of getting lost in a thought of the future or past, we can focus on a sensation or perception now. We can stop what we’re doing, sit upright but not rigid, hands resting in our lap, turn within and test what feels right. Do we feel more at ease with our eyes open, closed, or partly open? Is it more comfortable to focus on the beginning of an inhalation, the middle, the end, or the pause between inhalation and exhalation? Or the exhalation itself? And where do we feel natural putting attention? The tip of the nose? The hands? Belly? Feet? Just notice, acknowledge with kindness, and move on.

In this way we change our response to fear. We study it, study ourselves. The quality of our mind and body changes. We learn from our sensations and thoughts without getting caught by them.

If it wasn’t clear before, it is now that the fires and floods we are experiencing have more to do with human actions contributing to climate change, to not facing the reality, to the book of our heart instead of the Book of Revelations. Attributing global warming to “natural causes” is dangerous propaganda. But by acting in a considered and informed manner, we know we are capable of action. If we all speak out, maybe this U. N. report can provide the spark we need to save ourselves.

Religion can be one of the most important parts of a person’s life, yet there are so many ways people think about God⎼ or whatever we think is ultimate in our lives. One way people have conceptualized the universe is to think all of us and everything is Divine; our eyes, hands, nose, ears, tastes, even our thoughts are God’s. And one way we pray is by acting for the greater good. We don’t wait for God to do it for us because we are a tiny part of the Divine. And by doing what we can, God hears our prayers.

*This article has been syndicated by The Good Men Project.

Like39 In every life, there are moments (or months) that feel endless, when we don’t like where we are but fear we can never get to somewhere other than here, sometime other than now.   This is the nature of fear. It can hold us so tight in its embrace that one moment can seem…

Like39 This summer has been one of the most disturbing and anger producing I remember. I am sure many of you feel as I do. Between the killing of African-Americans by police, police being targeted and killed, the killings in Orlando, Nice, Belgium, Afghanistan, etc. and etc. and Turkey, Brexit. Then you add the weather and droughts,…

Next ArticleThe View of Oppression is “Nothing Will Work.” The View of Friendship is “Everything Matters”