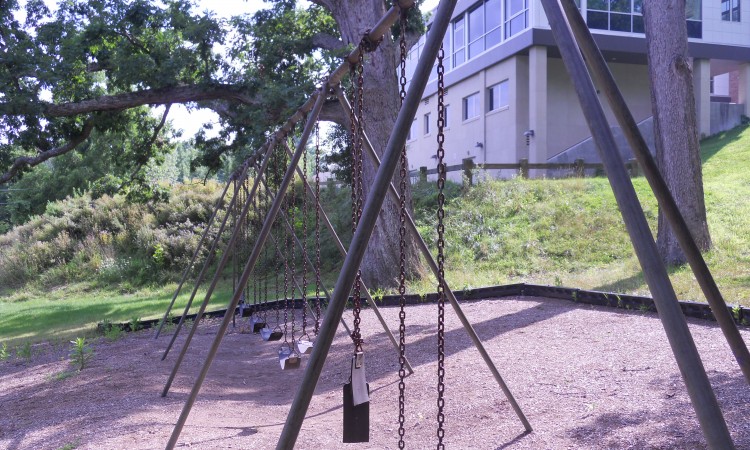 The Politics of Gun Violence and Fear

This gun violence must stop. In the past, the gun-reform sentiment only lasted in the media for a few weeks after a violent attack. This time, we must keep up the pressure for change. For what needs changing is not only gun policy.

On Tuesday, February 20, on the MSNBC show “The Last Word,” Lawrence O’Donnell said that when teachers go back to school, none of them will know if they will be faced with the possibility of taking a bullet for their students. When they go back, it will be an act of “pure heroism.” The same for students. Going to school, getting an education in this new USA, takes an act of courage. Corporate media and many politicians have been deriding, attacking teachers for years, beginning with President Reagan. But now we see the true grit of educators.

But it’s not just teachers and students who are increasingly being forced to eat a diet laced with fear. It’s all of us. An article in the New England Journal of Medicine talks about increased rates of fear and anxiety in our nation. It mentions research by the Southern Poverty Law Center about increased incidents of harassment and intimidation, most commonly in K-12 schools. Others speak of a new disorder: Trump Affective Disorder or Trump Anxiety.

A new Quinnipiac poll shows 66% of Americans favor stricter gun laws, 67% favor a ban on assault weapons, 29% oppose it. This sentiment includes some Republicans, even gun owners. According to a poll by Morning Consult and Politico, 88% of Americans back the idea of better background checks. 76% support a waiting period after a firearms purchase and creating a database of gun sales. But some clearly don’t want any regulation. Some clearly do not want the fear and anger that sometimes causes and often follows gun violence to stop.

Fear sells guns. Fear sells votes to those willing and craven enough to exploit and create it. Fear creates social breakdown that can be exploited politically.

If guns could calm violence and fear, the U. S. would be the safest and calmest nation on earth. We have the highest rate of gun ownership in the world. According to Wikipedia, there are 101 guns per 100 residents. The US is the richest nation in the world. According to NPR, individually, in terms of education and income, we rank number nine. But in terms of deaths due to gun violence, we are number 31. That is eight times higher than Canada, for example. The US makes up 5% of the world’s population, but holds 31% of mass shooters globally. Gun homicide rates are 25.2 times higher in the US than in other high-income nations.

If gun ownership promoted peacefulness and a reduction in gun violence, the states that enacted new Stand Your Ground legislation would have fewer incidents of gun violence since the new legislation was passed. But that is not the case. Take Florida, for example, which passed a Stand Your Ground law in 2005. Since then, according to statistics provided by Safehome and crimeadviser.com, there has been a 32% increase in gun-related homicides. “Southern states along the Mississippi River have consistently reported some of the highest rates of firearm deaths.” One thing all of these states share, besides cultural similarities, is that none of them require a license or permit to buy a gun.

If gun ownership reduced violence, then passing legislation allowing citizens to carry concealed handguns would lead to a decrease in violent crime. In fact, according to an interview by NPR of Stanford Law Professor and researcher on gun ownership and violence, John Donohue, “the net effect of allowing citizens to carry concealed handguns was an increase in violent crime.”

Yet, what does the President and other GOP politicians call for? Arming teachers, bringing more guns to school. That will certainly improve open class discussion. Lawrence O’Donnell says this idea is like a fantasy war game. It is a call for teachers to take on and be trained for an extra job, of a police officer. Trump says maybe 20% (10-40%) of teachers should have guns, which means arming about 700,000 of them (there are about 3.6 million k-12 teachers in the US). That means selling possibly 700,000 guns, plus ammunition⎼and why not body armor? More money for gun manufacturers and the NRA. Just a few weeks ago, he had proposed cutting money for school safety and the education budget and now says he will give a “little bit of a bonus” to teachers who are armed? Where will the money come from? Arts funding (already cut back), maybe school nurses and counselors or after school programs (already cut)—or Medicaid? Social Security? Certainly not from tax cuts to the rich.

Fear sells guns. Trump talked of the “American carnage” in his Inaugural address and said the US is in the midst of a crime wave requiring more arrests and harsher penalties, not only for violent, but nonviolent crime (not including white collar or political crimes). This statement runs counter to statistics showing a substantial decline in crime from the early 1990s to 2016. More fear is what T wants.

In the past two years, there has been a 7% increase in gun ownership according to the Pew Research Center. According to Fox News, this is most likely an underestimate. In a survey by Zogby Analytics, 35% of gun owners told pollsters that it was none of their business to inquire into gun ownership. The National Instant Criminal Background Check System shows that the number of gun purchases has exploded, almost doubling from 2008 – 2015. Profits for gun sales and the NRA have increased dramatically since Sandy Hook.

Fear undermines the politics of mutual concern and replaces it with nativism and hate. Instead of supporting education and science, it supports privatization and militarization. “Beware the military-industrial complex,” said the man who led the US troops in WW II, Dwight D. Eisenhower. I add: Beware those who would turn this nation and its resources over to the overly rich. Beware those who use fear to create political division and polarization.

Right wing conspiracy theorists and media have been attacking, sometimes harassing, students from Marjory Stoneman Douglas High School for speaking out against gun violence. The students have been accused of being coached, or even of being actors hired by the FBI. This right-wing media is followed by about one third of the population, which will not read what it regards as “fake news” by “liberal” media. According to a new study by Oxford University, the “extreme hard-right” shared more fake news stories than all other groups combined. This fake news aims to fuel not only fear but also hate. For example, when anyone calls for real gun regulation, the NRA and right wing media spread fear, claiming Democrats are trying to end the second amendment, and take away their guns and freedom. This fear of Democrats or “liberal media” serves the overly rich in their drive to exhaust the resources of this nation for personal gain. The GOP tax plan, for example, gives the rich in this country, according to the Tax Policy Center, 83% of its tax cuts. By 2027, 53% of Americans will pay more in taxes than they did in 2016, and none of those people will be a high-income earner. Yet, those overly fearful will never allow themselves to see this information.

Gun violence fuels fear, polarization, and militarization. It undermines democratic institutions, clear thinking and empathy. Effective measures not only of gun control, but which promote more economic equity and community cohesion, must be found and utilized to decrease the hold of gun violence and halt the assault on democratic values in this nation. Instead of undermining the work of public school teachers, we need to increase support and recognition for them.

Like27 Most of us unfortunately remember how, when DJT was in office, he and most of his GOP did all they could to undermine Medicare, and health coverage in general for most Americans. This effort to undermine healthcare continues.   One largely unknown aspect of this was proposed by the Center for Medicare and Medicaid…

Like27   It was such a relief back in June when the numbers of people sick from COVID were winding down and the promise of a degree of safety, thanks to the vaccine, was rising up. We had (and have) a rational political administration and summer was approaching. But now, due to the Delta and…

Like27 I am sitting outside, on my deck, looking at the garden at my feet⎼ red begonias, lavender impatiens, white zinnias and other flowers. It’s early morning. Last night there was, finally, a good rain. And although the sky is relatively clear and the sun is out, the air is beautifully cool. There is a…

Like27 What are your resolutions for the New Year? Before I discuss one of mine, let me give the  context.   Last week, did you read DT’s letter to Nancy Pelosi about his impeachment? Or listen to the impeachment hearings? Many of us talk about the constant lies by DT and how the GOP has…

Next ArticleMindful Listening: Only If You Listen Can You Hear