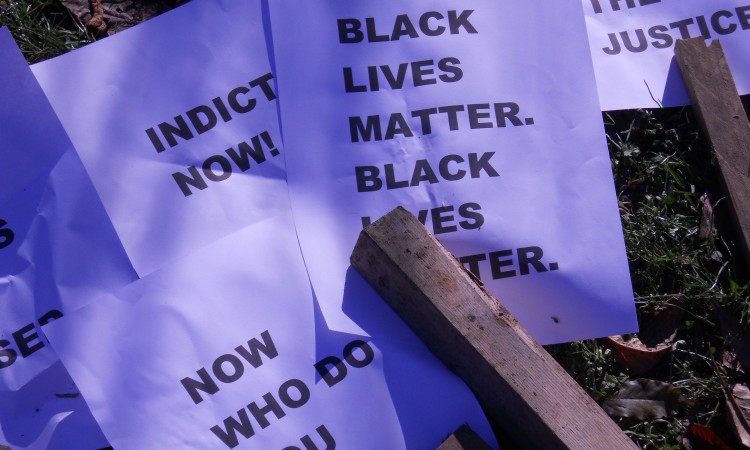 News Events and the Stories We Tell Ourselves

How and why do people hurt others? I am a mostly retired secondary school teacher. This question came up frequently in my classrooms in the past, and it has frequently been in my mind lately. Is it in our nature to hurt? Do many of us suffer from an empathy deficit disorder? Or do we hurt others when we are too distracted, lost in an emotion, or educated to ignore the pain of others except those who are close to us? Do we have to be “carefully taught” to turn a blind eye to those in need or those breathing close to us on the street?

This is a crucial question, for the living room as well as the classroom. It is the question of “what is human nature?” Or is there a human nature? It is a question about the psychology of violence and ethics. How do you stop violence? Or, what allows us to be violent towards other humans? It happens seemingly too often. How can we not see and feel another breathing, feeling, speaking being as essentially just like us? What goes on in the mind when this inner blindness or distortion or active antipathy occurs? There are so many ways to think about and try to answer the question, yet we have to struggle with it.

In Baltimore over 2 weeks ago, an African-American man named Freddie Gray died in the custody of police. Evidence revealed to date indicates he was not involved in any criminal act. Yet, he was arrested and is now dead. How can this happen? Why? There have been partial explanations revealed, charges filed, but still, there is no justifiable reason for this death.

When we perceive others, we do so in an environmental, social-historical as well as a personal context. We are always part of a context or situation. We make the situation meaningful by organizing all the sensory and other information we receive into a coherent structure, basically into a story, with a beginning, middle, and end. This story helps us remember details of our lives; it is built out of memories. It gives meaning not only to the situation but to ourselves. To create this structure, details must be selected. What supports the structure is perceived; what doesn’t is ignored. Once we have our story, we live an abstraction; we live at a distance. How much and what we feel, think and, thus, do is determined by the story. How we frame reality determines our sense of power, our sense of justice, and compassion.

So, what story were the police who arrested Freddie Gray and contributed to his death telling themselves? Did they see him as another person? And the news reporters talking about the demonstrations and violence: what story were they telling themselves, and telling us? Are the people who took to the streets demonstrators for justice? Are they moral citizens or criminals? Is the violence the consequence of people taking to the streets to speak out? Or the inevitable consequence of inequity and racism?  And the police—are they also seen as people? There are stories of great courage in Baltimore as well as ones of people losing control. Clearly, there are volumes of background stories, volumes of past history. Which stories get told? Where you begin your story and how you tell it has consequences. Are the news media considering the consequences of the stories they tell?

Dominique Hazzard, a teenager from Baltimore, wrote: “Imagine, for a second, that Maryland governor Larry Hogan called for a state of emergency when Freddie Gray’s spine was broken and his voice box was smashed [when he was] arrested for no reason.” A very different way to think of what happened; a very different story would have been told. Such perspectives need to enter classrooms and living rooms throughout the country.

There are many subjects students need to learn in school, how to read, write, be a responsible citizen and question. But one crucial subject is how their own minds work and how other people and social situations influence their viewpoints and values. It’s not just what happens that’s important; its what we tell ourselves about what’s happened. There’s always a difference between an event and the thoughts and memories of it, even when we try to tell the truth. The event is alive, fully now, rich in infinite detail. The memory, story, is, as I said, more selective, abstracted. We all need to learn how we construct the meaning and memory of what happens in our lives. Only if we notice something, whether it’s an injustice in our community or a mental pattern that causes suffering, can we act to stop it.

In order to understand how we construct meaning, we need to study the nature of emotion and how it arises in us. One purpose of emotion is to tag stimuli with value. It glues a story together. Daniel Siegel, in The Developing Mind, describes steps in the construction of emotion. The first step is arousing attention, what he calls the initial orienting response. Do we notice, pay attention or ignore a raw stimulus? The second adds memory and thoughts. It involves appraisal, which includes labeling stimuli as good, bad, or neutral, something to approach or avoid. The third step is experiencing the full emotion like sadness, happiness, fear. Without awareness of the initial signals to pay attention and then to approach a task, learning as well as timely action is nearly impossible. Without this awareness, we too easily convert living people into characters in a story.

Teachers need to select the stories they tell and the ones they assign not just with the eye of beauty but with the aim of improving social and self understanding, knowledge as well as awareness. They need to tell the story of how to create meaning and live meaningfully. They need to foster inner strength, understanding of how interconnected we all are, and a sense of responsibility for how we act.

Like28 My father died four years ago at the age of 96. By that time, he moved slowly, his head bent over, and he used a walker most of the time. Luckily, his brain and his ability to think remained sharp; slowed, yes, more easily frustrated, but deep until the last two weeks of his…

Like28 I am sitting on my deck, feeling a slight breeze, and watching the play of sunlight and shadow on the trees and flowers that surround the lawn. It is early morning. A statue of a Buddha under a rhododendron bush is just uphill from the deck. Two cats, Milo and Max, sleep near to…

Where Will Our Words Lead Us?

Like28 It is raining. It is raining on the foot of snow that fell last week. It has been raining, it seems, since the beginning of August and it is now almost December.   I can hear the rain striking the roof, the snow melting on the drainpipes, and the wind in the naked trees.…

Like28   I was recently meditating, at home, in the early afternoon. Outside, intense snow squalls alternated with a few minutes of sunshine. Schools started two hours late that morning because of the weather, and before meditating I had wondered if the after-school class that I was supposed to teach would be cancelled. I concentrated…