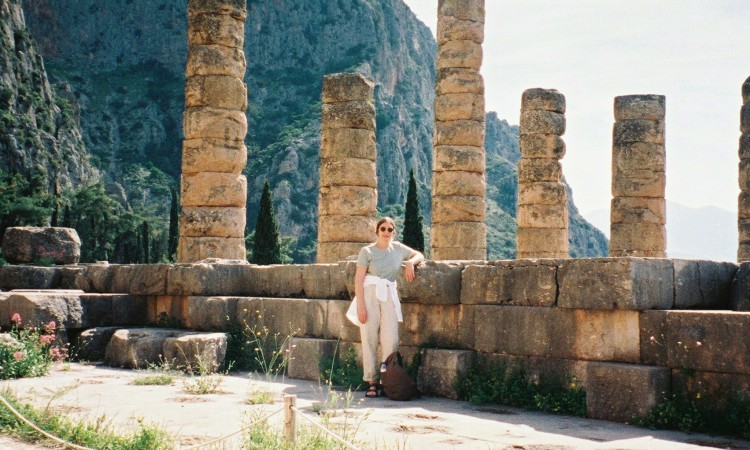 Discussing religion in public schools is obviously controversial. Religion (and opposition to religion) is very close to the core of many people’s understanding of reality and so must be treated with sensitivity and awareness. There are also constitutional and legal constraints.

Although the implications of the first (and fourteenth) amendment are still argued in some circles, the purpose is to protect a citizen’s right to freedom of speech and religion. It forbids congress from promoting one religion over another. It states, “Congress shall make no law respecting an establishment of religion, or prohibiting the free exercise thereof.” Thomas Jefferson and before him, Roger Williams, spoke of a “wall of separation” between church and state. The prohibition against religion in public institutions is a prohibition against combining church and state, or making church the state.

But does this mean that religion should not be discussed in schools at all except in very limited circumstances? Circumstances such as world history classes, where history textbooks give relevant dates, name important people, central practices, teachings and terminology? These references are usually very superficial, dry, and do little to help students understand or learn about religions other than their own (if they have one).

I think religion must be discussed in schools. For one thing, students have many questions. It is in the headlines, often in very negative terms. We hear about religion fighting religion, about religious extremists and terrorists. A report by Media Matters, in 2007, found the coverage of religion oversimplified, with a consistent bias in coverage in favor of conservatives. “Combining newspapers and television, conservative religious leaders were quoted, mentioned, or interviewed in news stories 2.8 times as often as were progressive religious leaders.” Some students have no experience with religious teachings at all. Others go to a church, synagogue, mosque, center or whatever but rarely do they get to ask questions or think about religion from a perspective of someone not a member of their community. Students need a deeper and more inclusive picture. A reality ignored or oversimplified is a reality distorted and abused and we have enough of both in our world.

The questions about religion that concern secondary students most and I think should be predominantly examined in schools are psychological and philosophical or ethical. What is religion? Why has it been part of human life, history and culture since the initial days of humanity? What is the place of reason and doubt in the face of belief and faith? Discussing religion easily leads to deep questions and concerns, about purpose, morality, mind, soul and death, about truth and how you know what’s true, about compassion and love. Throwing out religion as a topic of study often leads to throwing out what is crucial to the lives of each and every human being. Do we want to empty schools of the deepest and most meaningful questions and concerns? If so, we know why many think of school as a wasteland. In fact, is religion another way to speak about one’s central concerns in life? Is religion so tied to culture that the two can barely be separated? If you can’t discuss religion, at least discuss these philosophical questions and how to humanize and respect those with views other than your own.

The discussions need to be real and in-depth, the questions mostly open-ended, with no one right answer. There are not “two sides” to any deep religious or philosophical question (or maybe any important question) but multiple sides. There are also factual questions that need to be researched and reliable “experts” in the field interviewed (historians, psychologists, philosophers of religion, theologians, and spiritual leaders, in person, or through YouTube and books). For example, students told me that in many classes when religion was discussed, it was portrayed as a way to explain the unexplainable or to give people comfortable answers to uncomfortable questions. Although I think there is some truth to this, this explanation of the “why” of religion is woefully inadequate. It might even be a way to sneak in a dismissal of the religious as lazy or poor thinkers. Anyone who argues this has never read the writings of, or listened to, Desmond Tutu, Martin Luther King, Jr., Karen Armstrong, the Dalai Lama or others. Also, it is untrue. Some religions do not give comfortable answers. One example is Buddhism, which speaks of the suffering common to most people’s lives. Overcoming suffering does not come easily and is not from belief but through an almost scientific examination of how the world is, of mind and awareness.

Of course, I am arguing this viewpoint with some trepidation. Open-ended discussions of religion can be difficult to lead, very personal and require great trust on the part of students in the teacher and the classroom community, a trust that has to be earned. And schools are already being attacked from many sides and often unfairly so teachers might feel themselves vulnerable to attack. Religious groups pushing their particular doctrines and corporate groups doing much the same assault them.

But schools are the closest we have to common places where, maybe, perhaps, wisdom might be found and encouraged, even taught, along with compassion and understanding. Or where there are people, namely teachers, who are deeply committed to developing such attributes in themselves and young people. It’s about time to let schools attempt such a mission instead of being bogged down with test prep and superficial knowledge. And discussing meaningful questions might actually increase engagement and learning in the classroom.

Next week: How do you foster and lead such discussions without distorting the discussion with bias? What do you think?

**The photo is of my wife, Linda, in the Temple of Apollo at Delphi.

Like64 In my last year of college, 1968-9, the improvisational theatre group I was part of rehearsed on a stage in a coffee house. Not only our group rehearsed and performed there, but singers and other performers, sometimes famous ones. That was where I heard Odetta,  Tim Buckley, Dave Van Ronk, Doc Watson, Sonny Terry…

Facing the Nightmare: The Threat that is Trump

Like64 On Wednesday, February 27, to conclude his testimony to Congress, Michael Cohen said: “Given my experience working for Mr. Trump I fear that if he loses the election in 2020 that there will never be a peaceful transition of power…” Cohen’s revelations of Trump as possibly threatening the government, the constitution and rule of…

Like64 On this day celebrating Martin Luther King Jr., it is important to remember not only the need to fight those who teach hate but to support those who model love. Remembering that we have had powerful leaders in the past who worked successfully to make the world a better place for all of us…

Like64 I want to write a blog saying there was a revolution in Congress. And throughout the land the heart of the nation was awakened⎼but it did not happen, not yet. It’s just so hard to acknowledge what is going on politically, or to think about it too much. It ‘s so ugly. And disturbing.  …

Next ArticleHow Can You Discuss Controversial Subjects In Schools, Like Religion?