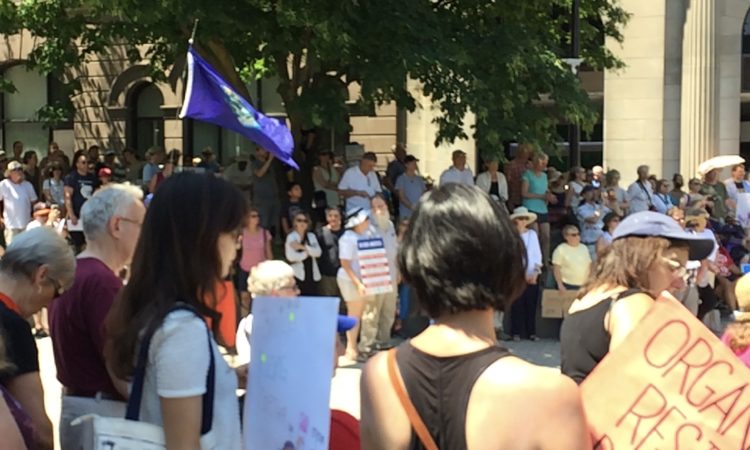 Do you feel the news cycle is speeding up or things are getting even worse since the impeachment trial? I thought the world was in trouble ever since DT was elected. But since the Senate abdicated its role in holding the President accountable for his actions, DT’s tweets and actions have spiraled out of control. Or maybe his aim is clearer. He has gone directly toward the jugular vein of democracy and has cut it.

Even Bill Barr, his legal fixer, spoke out saying enough is enough. Whether it was real or more likely political theatre, he said that DT’s tweets attacking the justice department, attacking actual judicial proceedings, was making his job impossible and undermine the legal system.

The context for Barr’s comments was DT’s direct and obvious intervention in the sentencing of Roger Stone, his “friend” and supporter who knows where so much dirt is buried. DT even attacked the judge and a juror in the case, illustrating what his lawyers, as well as GOP Senators (other than Mitt Romney), proclaimed: DT thinks he can do whatever he wants, thus destroying the concept of a fair trial. As the New York Times, Adam Schiff and others pointed out, if he is the law then there is no rule of law, and the constitutional separation of powers is dead.

After Barr warned him to stop his tweets, DT went on to say that he had the power to interfere in the Stone Case, or any case. And Barr’s move to make sure any investigation of the President must go through him, just cements DT’s control over the DOJ and judiciary and destroys the constitutional balance of powers.

As Rachel Maddow pointed out, DT is interfering in cases and pardoning criminals in order to make clear: if you violate the law on my behalf, you get a free pass. If you oppose me, as his firing of Ambassador Sondland, and Colonel Vindman and his attacks on Adam Schiff illustrate, you will pay a severe price.

And it is not just DT and those close to him who are speeding up their attacks on democracy, but Russia and some corporate media outlets. Last week, as reported by the New York Times, former acting director of National Intelligence Joseph Maguire had officials from his agency brief the House Intelligence Committee that Russia was interfering right now in the 2020 election to aid DT’s re-election campaign. This led to DT angrily berating Maguire and replacing him with Richard Grenell, someone with no experience in intelligence but who is a DT loyalist….

Next ArticleThe Question We Ask Each Morning