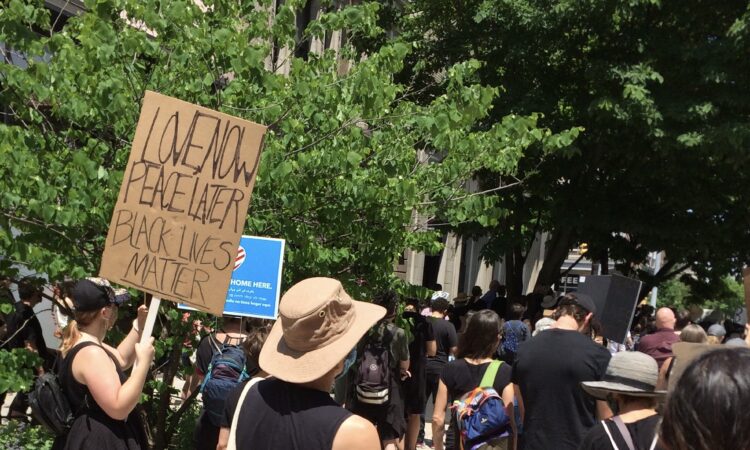 Stealing Our Ability to Speak: The Threat to Humanity

We the people need a new pandemic relief bill. We need it now. Yet instead of meaningfully and honestly trying to get resources to those who need it, or resolve differences between legislative proposals, DT threatens and then takes executive actions most of which help no one but himself. His actions are doublespeak, attempts to steal the words, talking points, battle cries from those seriously attempting to help us, the American people. With words made meaningless, we can cry and shout but not speak.

For example, DT says he wants to get more money to American workers by enacting a payroll tax cut or deferral for September to December, by an Executive Order. But this action is merely a delay until after the election, to garner votes that he’s losing badly, and does nothing to help those who have no income. And since the President does not have the authority to nullify the laws dictating the collection of the taxes, businesses and corporations must collect the tax money anyway. This puts them in a possibly corrupting situation: What do they do with the money? Do they hoard it? Turn it into a corporate slush fund? They probably can’t give it back to workers, because they might be responsible for it in the future. The result: workers get nothing.

Another example is extending unemployment, which sounds like a reasonable thing to do until we see the details. His order calls for $400 per week to aid unemployed workers, instead of the previous $600 in the lapsed CARES Act and the plan proposed by Democrats, or the $200 in the GOP plan. Why DT didn’t push more for a compromise in negotiations with Congress is the question.

Look at the reality of what DT did. The executive order forces the states, instead of the Federal government, to cover one-quarter of the unemployment payment, while states are already in a dire economic situation and need their own relief package. And since DT does not have the legal authority to enact legislation, he must take money from already approved funds. In this case, he plans to take money set aside to help people and municipalities who suffer from tornadoes, hurricanes, massive fires and such, as if we haven’t been suffering from any natural disasters for the last few years. How will we help those victimized by hurricanes or wildfires if the funds are gone?

Another example is the supposed extension of the moratorium on evictions. His executive order does not ban evictions, nor does it provide money to help renters. Instead of this executive order or the lies and half measures which just keep the pandemic alive, the best remedy would be to protect the income and jobs of workers and to enhance unemployment insurance while closing the economy down for 4 – 6 weeks and putting an end to the pandemic, as a top Federal Reserve official recommended. Instead, DT’s order asks Alex Azar, secretary for Health and Human Services, and Robert Redfield, of the CDC, merely to consider if an eviction ban is needed. Meanwhile, 40 million people could face evictions, and create the most intense housing crisis in our history.

DT wants to put on a mask as a savior (but not one to protect people from the virus) while he sacrifices Seniors, as he has already said he would sacrifice brown and black workers, children, etc. The payroll tax funds Social Security and Medicare, two crucial and popular programs that help millions. DT and his GOP backers have for years been trying to destroy or privatize any government programs that help people live more decent lives, even ones that the beneficiaries actually pay for, unless those programs generate profits for the already over-wealthy. And as he made clear when he signed the Executive Orders on Saturday, if elected he will make the cuts to fund Social Security and Medicare permanent.

We need times of respite and calm. They are necessary for our physical, mental and emotional health and also to push ourselves to take clearly considered political action. But there are no sidelines anymore. DT’s response to the Coronavirus, to Black Lives Matter protests, to polls showing how likely it is he will lose the next election, and almost everything else he’s done since elected makes it clear⎼ he is willing to take everything from us, even our lives.  All those seemingly safe places for us to retreat to, our homes if they’re paid for, an apartment if we have enough money saved, won’t help us for long if we don’t find our voices, our hands and feet, and find ways to act now.

In my experience, we can make 4 calls in 5 minutes to GOP Senators. Writing letters or making calls to get out the vote, joining street protests in our home towns or cities, in Washington, D. C. or at Congressional offices, takes more time. But combined with the efforts of thousands of other people, in the government and out, is what provides the only safety we have.

**For more details on the Executive Orders and what led to them, read this piece by Heather Cox Richardson.

This article was syndicated by The Good Men Project.

Like58 In every life, there are moments (or months) that feel endless, when we don’t like where we are but fear we can never get to somewhere other than here, sometime other than now.   This is the nature of fear. It can hold us so tight in its embrace that one moment can seem…

Vaccination Frustration: Holding Accountable Those Who Deserve It

Like58 Do you want to be vaccinated but can’t even get an appointment?   As we hear about friends or neighbors who are the same age as we are and in the same priority group getting vaccinated before us, it can feel like we’re in a competition and losing, or we’re repeatedly doing something wrong. …

Like58 I am almost disappointed in the impeachment. Almost. Although there is great hope⎼ ten GOP did vote to impeach DT and President-elect Joe Biden will (hopefully) be inaugurated next week. But DT is still in office, and 197 Republicans, all but 4 of the rest of the GOP in the House, voted against impeachment.…

Like58 We hear that Joe Biden is ahead from 3 to 12 points in almost every national poll and we want to jump for joy and act silly. But we know we can’t trust polls. His victory won’t happen unless we make it happen.   Other than polls, there is little in the news to…

Next ArticlePandemic Time: Replacing a Future We Dread with A Present We Can Handle