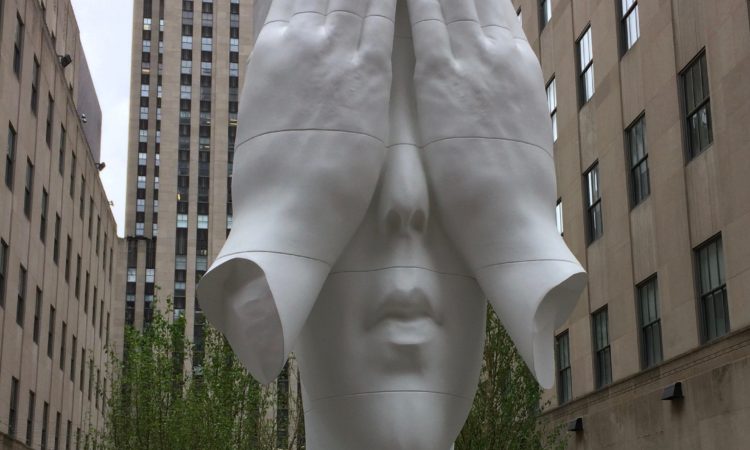 On Thursday, 4/2, Ari Melber, on his MSNBC program, interviewed Kirsten Gillibrand and later talked with Dr. Ezekiel Emanuel and others. I greatly appreciated Senator Gillibrand saying “we need truthtellers now.” And Dr. Emanuel continuing with this theme, saying we have to pay attention to facts. Lies are killing people.

The Coronavirus is making it abundantly clear what half of the population of the US already knew—not only that DT lies, constantly. Not only does he do so to serve his own self-interest or express his ignorance. But these lies are dangerous. They can and are, right now, killing people. We have to combat the lies, distortions, fake news in order to save not only ourselves but the lives of all those we care about.

Likewise, earlier in the week Senator Chris Coons (D, Delaware), and on Friday, Rachel Maddow, talked about the fact that DT, just like George Bush with Katrina, and most of the “reduce government” GOP, feel it is not their job to save lives in a crisis, not their job to organize the manufacture and supply of medical equipment or relief aid.

In fact, according to CNN and recordings of the “news conference,” on Thursday, 4/2, DT’s son-in-law, Jared Kushner, who is now in charge of the coronavirus relief effort, chastised governors for asking the Federal Government to send the medical supplies in its stockpiles to the cities and states that desperately need them. At one point, Kushner even said that the federal stockpile of emergency medical supplies is not meant for the states. “It’s supposed to be our stockpile.” The CNN article questioned who did Kushner mean by “our?” I wonder. Did he mean the Trump family? Or the Federal government? If he meant the latter, the Federal Government, clearly that would mean the people of this nation who need them, right? If he meant the former, he shouldn’t be in charge of anything in the government.

But maybe the Trump family is exactly what he meant. Kushner’s father-in-law told Vice President Pence to ignore the calls for aid by Governors who did not show appreciation for him. Some states, like Florida, led by devotees of DT, got all the aid they asked for, and quickly. Others still haven’t seen all or any equipment. Meanwhile, DT outbid Governors for needed supplies.

Since he became President, DT ignored warnings of a possible pandemic and ignored warnings about this pandemic. He cut funds for the CDC, NSC, Homeland Security, and Health and Human Services to fight global diseases and dismantled the White House team in charge of global health security.

According to the New York Times, he has invoked the Defense Production Act hundreds of thousands of times to help the military.  But now, when so many lives are at stake, he won’t actually use it. There is no rational reason for this behavior except that he doesn’t think it is in the best interests of corporations to use this power, or he thinks it is not in his best interest to end the crisis quickly, and not his job to serve the best interests of most of the people of this nation. This is one aspect of what “smaller government” means to him and to many in the GOP.

It is not just that DT is totally unsuited for the Presidency but that he will use anything, even a pandemic, as a means to serve his own ends, even if those means end up sacrificing the nation.

We need to get or stay healthy, and when we can, make calls, write letters, put up signs, do everything we can not only to vote but to get others out to vote in November, and secure mail-in ballots for all. As we can now see, our lives might depend on it.

Like26 As most of us know by now, DT was elected in 2016 with the help of a foreign power, the Russians. Even a bipartisan Congressional panel has recognized that. And despite Russian influence, he was not re-elected this year. Their interference in the 2016 election was in the headlines so often, and with so…

Like26 I am sitting outside, on my deck, looking at the garden at my feet⎼ red begonias, lavender impatiens, white zinnias and other flowers. It’s early morning. Last night there was, finally, a good rain. And although the sky is relatively clear and the sun is out, the air is beautifully cool. There is a…

Like26 On Juneteenth, the holiday celebrating the arrival of the news of emancipation from slavery, rallies were held throughout the U. S.. It was the Friday before the weekend of the Trump rally in Tulsa, at the end of the fourth week of protests over the murder of George Floyd, and a week where 23 states…

Like26 Last night, in a dream, a black bear was somehow in our apartment. We were a bit freaked and didn’t know what to do. I had an idea of opening the sliding glass doors so he could get outside. Of course, we don’t live in an apartment and we don’t have any sliding glass…