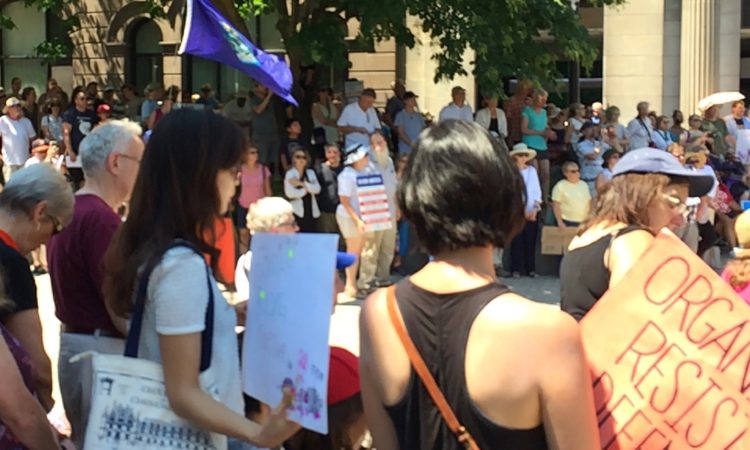 Like6 There’s so much in our society and world right now that angers or frightens me, but also so much that is providing optimism, maybe, or at least, reassurance, that what we need or wish for is possible. I’m often tempted lately to write a good news newsletter to cheer up and energize myself and…

Like6 Bob Dylan’s song, the “Masters of War,” has been in my mind lately, about the “masters” who do nothing but destroy and create unspeakable fears, the worst fear being to bring children to life⎼ or to love.   Since 2011 or so, levels of fear and anxiety have been increasing in this country and…

Last Night, A Dream: About The Handmaid’s Tale? The Supreme Court? Or Depths I haven’t Yet Realized?

Like6 I woke up from one dream and found myself in another. The first dream, which I barely remember, returned me to when I was a teacher. A school trip I was helping lead had gone bad. In the dream, a young man I don’t remember ever knowing was caught trying to steal from our…

Next ArticleThe Fruits of Our Actions: Transforming Self and World