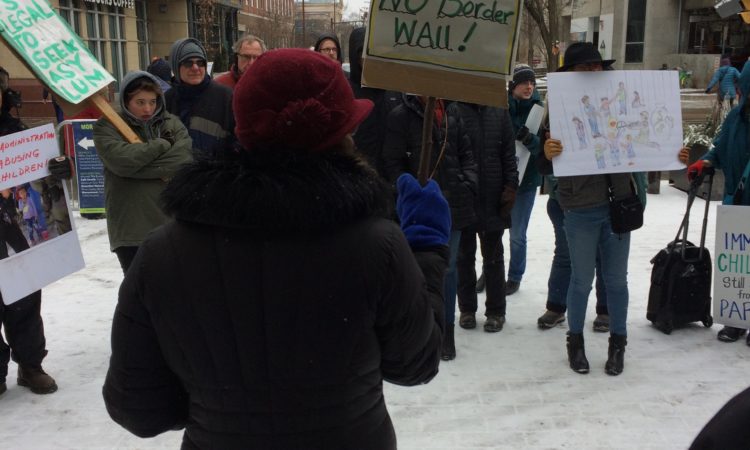 When I turn on the radio or tv to hear the Senate Impeachment Trial of the President, it is difficult to get beyond my fear, disgust or outrage. But when I do, what has become clear to me is that despite great gains on Wall Street, and the US having the largest economy and military in the world, DT is turning Main Street America into a second-class nation. What do I mean by that?

I am using the term “second class” differently than “second, third or fourth world nation.” By second class I mean a nation where:

By this definition, the US is now or is becoming a second-class nation in each of these categories.  In terms of the political system being inept, or too corrupt, we need to start at the Impeachment trial. DT is on trial right now for abuse of power or trying to corruptly interfere in the 2020 election, as well as obstruction of Congress.

Although the House did not go so far as to call DT’s actions illegal, the Government Accountability Office (GAO) did. They said he violated the Impoundment Control Act by illegally withholding Congressionally approved funds. And he did it in order to extort Ukraine to do his bidding.

The number of corrupt acts committed by this president is almost uncountable. This is particularly important now, as DT claims he withheld aid to Ukraine for 55 days due to concern with their corruption. However, he doesn’t care about stopping corruption in the US, so it is not believable that he cares about it in Ukraine. For example, he sought to get rid of the Foreign Corrupt Practices Act. Newsweek reported in October that he had 2500 conflicts of interest between his job as president and his business holdings. He also attacked and fired the former Ambassador to Ukraine, Marie Yovanovitch, for trying to fight corruption in Ukraine.

And at the heart of impeachment is DT’s attempt to get Ukraine to announce an investigation into former Vice President Joe Biden, who might just run against DT for President. Also Biden had pressured Ukraine to investigate corruption more thoroughly (not less, as Giuliani claimed) and remove a corrupt prosecutor named Victor Shokin, who DT had described as “that very good prosecutor”.

An article in GQ states that DT corrupted the American Presidency in every conceivable way, “turning the highest office in the land into one crooked cesspool.” “Throughout his tenure in the White House, DT has leveraged the powers of his office… to enrich himself at every opportunity” from profiting greatly from the GOP and foreign leaders staying at his hotels, charging the Secret Service and the American taxpayers for golf carts and for his own vacations or for advertising for his properties, etc., etc.. According to New York Attorney General Barbara Underwood, he used his own charity in a “shocking pattern of illegality,” including using it to buy a portrait of himself.

He has interfered in court cases, and undermined the rule of law, in the Mueller Investigation, and of course, in his threat to Adam Schiff last weekend, and in his Impeachment.

We can also see DT’s attitude in the statements of his defense attorneys. On Saturday, attorney Mike Purpura tried to argue that the President did nothing wrong. According to CNN & other fact-checking organizations, Purpura is at best deceptive, if not lying. He says there was no pressure on Ukrainian President Zelensky, a fact supposedly supported by Zelensky himself. This ignores the fact that without DT’s support, Ukraine would fall to Russia in a short time. If Zelensky acknowledged the pressure exerted by the U. S. President, his nation would die.

Purpura said Ukraine did not know the aid was even withheld. However, evidence shows some Ukrainian officials knew about the holdup by the day of the July 25th phone call.

There are even more ridiculous claims: as outlined by the CNN fact-check, one of DT’s other lawyers, Pat Cippolone, said that the President was “locked out” from participating in the House hearings. The House made a formal offer to have the President’s attorney present, but Cippolone himself wrote the letter rejecting any participation. And GOP Congresspeople participated both in the closed door and public hearings.

Another of the President’s attorneys, Jay Sekulow, repeated the claim debunked by our own intelligence services that it was the Ukraine, not Russia, that interfered in the 2016 election, and that they did so for Hillary Clinton’s interest. And Rudy Giuliani, a fourth lawyer for DT, traveled in Ukraine and other places to spread the disinformation. Compelling evidence was released in November that all this disinformation was part of Russia’s effort to frame Ukraine for the interference.

The disinformation campaign by Russia sought to spread lies that Ukraine was responsible for the hack of the DNC. DT and his lawyers also claimed Hillary’s campaign was directed by Ukrainian oligarchs and her server was in the Ukraine. There is no evidence for any of these claims. They are so ridiculous I can’t believe that members of DT’s legal team are still speaking lines written as Russian propaganda.

All this shows not only that the corruption of this administration is beyond anything ever seen before in this country, but the utter contempt DT and his party have for democracy, the truth, and the rule of law.

As far as the other criteria of a second-class nation:

The tax cut passed by the GOP in 2017 created a looming deficit in government income, causing the debt to double from 2015 to 2019.  Newsweek reported that over the last three years of DT, the debt increased by $3 trillion; the US Debt Clock has the debt at over $23 trillion. The tax cut served large corporations and the wealthy and scores of Republican lawmakers, not the middle class (whose gains, if any, were small and temporary).  To pay off the debt, the U. S. now pays more than $1 billion each day on interest payments and the amount paid per day will continue to rise.

Based on data by the Congressional Budget Office (CBO), the deficits over the next 30 years will rise to “unprecedented levels.” This will deprive the nation of funds needed for infrastructure, public education, health care and social programs. It will reduce economic opportunities for individuals and make it more difficult to get money to finance homes, college education, cars, and anything else. The CBO estimates that if we reduced the debt to the historical average level, the income per person would rise on average as much as $5,500. This is one measure of what DT’s tax cut is costing most of us.

The high levels of debt also reduce the government’s ability to respond to any future crises, which puts our nation in a potentially threatening situation.  Who benefits from this?

I could go on and on, about how DT:

DT is not making America great but undermining our security and future. He needs to be impeached before he becomes a dictator⎼ and over a second-class nation.

Like117 Right now, we are inundated with so many questions. So much uncertainty, fear, and grief. So much awareness of how tenuous life is without an equal awareness of how to face the tenuous. The fragile. The uncertain.   We often want to return to at least a semblance of stability. Security. We want answers.…

Like117 At 10:30 pm EST on Wednesday night tv programs were interrupted for a special report no one wanted to hear. War.   I’m sitting here, like millions of people, horrified. Watching a nightmare unfold on tv. Americans, Europeans, people all over the world, but especially Ukranians, who were being awakened at 5:30 am to…

Like117 When DT took office in 2017, the novel 1984 by George Orwell became a popular read. With DT in the White House, the fictional portrait of our future was moving closer to becoming reality. The GOP are, today, trying to keep that movement alive.   As journalist George Packer wrote in The Atlantic in…

Like117 We want to forget the painful, the frightening, the disturbing, or usually we do. Sometimes, we hold on to what hurts as if the immediate pain could stave off what lies deeper. Sometimes, we just don’t know what to do.   And sometimes, we can’t forget for other reasons. It has seeped too far…

Next ArticleCreativity and Our Love for Others Can Save Us