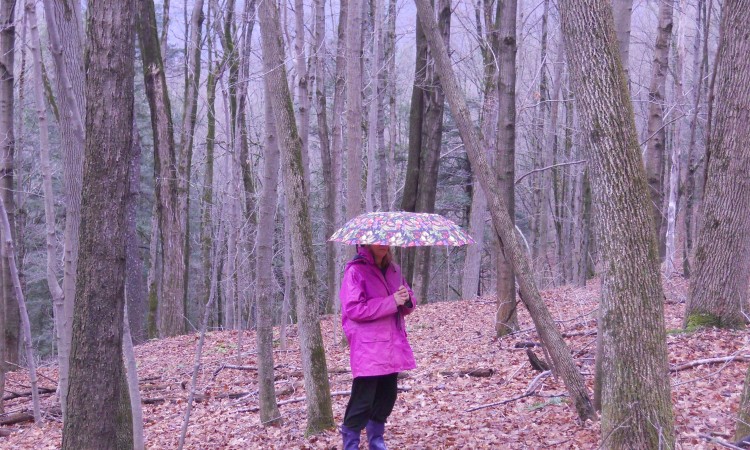 A Story of Different Perspectives

In 1969, after graduating from college, I served in the Peace Corps in a rural village in Sierra Leone. I taught English and sometimes math or health. Sierra Leone is on the equator. Much of it is, or was, deeply forested jungle. One day, the headmaster and I were walking together to visit a village deep in the bush. It was near the beginning of the rainy season, so I carried my umbrella with me.

As we walked, the headmaster and I got into one of our usual discussions. They were more like debates, and I don’t think I ever won. He often had a twist to his reasoning that put his point of view into a league of experience beyond my own. He was older than me, although I never knew his age. I would guess at forty.

As we exited from the tall thick trees of the bush into a clearing, it started raining. We had been debating whether change was possible. Back then, talking about political change in Sierra Leone could be dangerous. People could be imprisoned for what they said. I argued that change was necessary. He argued that change was impossible. I thought he was referring to the fact that corruption was considered a normal way of doing business in his country and so corruption was the only reality. To my mind, change was not only a reality but a necessity because the political and economic conditions in his country were undermining the quality of people’s lives. As the rain increased, I opened the umbrella, held it over our heads, and said: “I changed the situation. We are no longer getting wet.” “No, you changed nothing,” he replied. “It’s still raining.”

He taught me a great deal in those months that I knew him. Clearly, our points of reference, our very notions of ourselves were different. He identified more with the natural world around him than I did. For him, changing my position in relation to the rain was no different from changing the position of a raindrop. So, no change occurred. Raining was the world being the world.

Both of our perspectives had value. His pushed mine to a new place. By allowing myself to take in his perspective, I was able to learn from him, and think about identity and change in a new way. I learned a valuable lesson about how to think with a deeper and wider perspective. I think such a perspective is an important element of thinking critically, but goes beyond such thinking.

No umbrella, getting soaked,

I’ll just use the rain as my raincoat.

I don’t think I fully understand or can put into words exactly what this means, but I feel the rightness of it. Instead of huddling to get away from the rain, the cold and the miserable feeling of being soaked, I can allow myself to feel the cold and the raindrops as me, too. And then I am no longer a skin wrapped soaking package. I am something much more.

In the same way, we all can feel our self-judgments, our pains, as something to learn from and let go, as a raincoat, not our identity.

Like13 The wind can storm, tornado, hurricane as well as breeze. It can frighten or comfort depending on what shape it takes, or we take in our response. It can also play tricks on our hearing.   I was walking up a portion of our rural road that is forested on both sides, and suddenly…

Like13 It is easy to think our memories are simple and accurate representations of reality, that they are like files that we put away in our mind for times when we need them, or like a bank for safekeeping the past moments of our lives. If we want memories to be a resource to utilize,…

Like13 One of the most important lessons a good teacher teaches, beyond the subject matter, is how to live a moment or a year of moments. On the first day of classes, you teach how to meet new people, how to start an endeavor, how to imagine what might be and yet be open to…

Like13 We just don’t know. We live surrounded by so many unknowns that if we think about it, we might never do anything. When we’re in high school or college, for example, we might not know what we’ll do after we graduate, or if we’ll get a good job. We might not even know what…